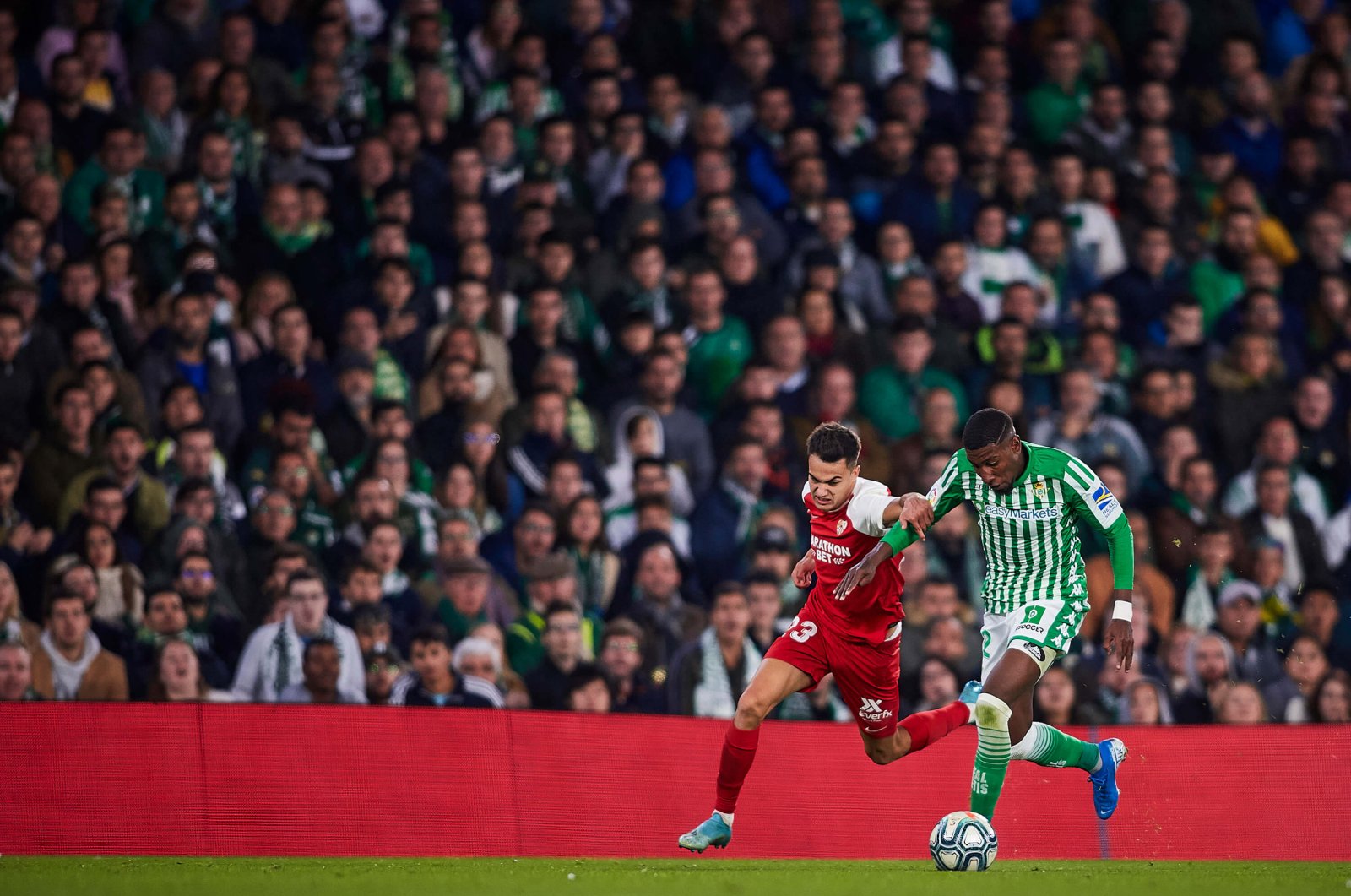 La Liga resumes with the Seville derby kicking off a marathon of 110 games in 35 days, while Barcelona and Real Madrid will continue their neck and neck race for the league title

It’s the one game that divides an entire city. It’s the most passionate rivalry in Spanish football. It’s more than a local derby. It’s the "Gran Derbi."

The match between fierce southern rivals Sevilla and Real Betis will be the one to kickstart the Spanish league this week after a wait of nearly three months because of the coronavirus pandemic.

Thursday’s game will be the first in the league since it was suspended on March 12 with 11 matches remaining. The match will be played without fans at Ramón Sánchez-Pizjuán Stadium, the home of Sevilla.

Football in Spain will officially resume Wednesday with the second half of a second-division match between Rayo Vallecano and Albacete, which was interrupted last year after fans called a player a Nazi.

The Spanish league will be the second top league to return in Europe after the German Bundesliga, which resumed in mid-May. The Premier League and the Italian league, meanwhile, will open up in the coming weeks.

While the "Clasico" between Barcelona and Real Madrid remains Spain’s biggest match, few rivalries compare to that held in Seville.

"Seville is the most football-crazy city in Spain," Sevilla president José Castro told The Associated Press ahead of the match that was originally scheduled for March 15. "The ‘Clasico’ is more important because of the clubs involved, but there is no match bigger than the Seville derby. It’s a match that involves a lot of tension and a lot of passion, both on and off the field."

The Andalusian city of about 700,000 people is evenly divided between Sevilla and Betis. Both clubs have fanatic and engaged groups of supporters, with nearly 100,000 season ticket holders altogether.

"It gets crazy here. Everything stops because of this match," Betis fan Carlos Malpica said. "This city is about Holy Week and the Seville derby, not a lot more. Couples get into fights here because of the derby.”

Sevilla coach Julen Lopetegui said the derby was "a good choice" to mark the return to competition in Spain.

"There are a lot of derbies, but this is certainly one of the most intense and passionate in the world," the former Spain and Real Madrid coach told league broadcaster Movistar on Sunday.

Spanish league president Javier Tebas said the high-profile game will properly "honor those who have lost their lives" during the pandemic. Nearly 28,000 people have died in Spain because of the virus.

"The Seville derby is special, it’s unique," Tebas told COPE radio on Sunday. "It will be the most-watched Seville derby in history. Not only in Spain, but in the rest of the world. It will be a worldwide event. The world watches La Liga and all eyes will be on Seville as the competition returns."

This specific derby will also be unique because there won’t be any fans at the 43,000-capacity Sanchez-Pizjuan. The only other time the game was played without fans was in 2007 when about 30 minutes of a Copa del Rey match between the clubs was played in an empty venue in Getafe as punishment for Betis after fans threw a bottle at Sevilla coach Juande Ramos, prompting the suspension of the game at Benito Villamarin Stadium.

This time the league will be using virtual crowds and pre-recorded noise to try to give spectators a better experience while watching the much-anticipated match at home. Fans will have the option to choose a television feed in which crowds will be digitally superimposed on the stands and the chants from fans – the same used in FIFA video games – will be included in the broadcast.

Despite some restrictions still in place because of the pandemic, authorities expect some fans to gather outside the Sanchez-Pizjuan to watch the match in bars and restaurants, and the clubs’ traditional neighborhoods – Sevilla’s Nervion and Betis’ Heliopolis – are likely to be filled with fans as well.

The split in Seville is such that local media and sponsors have to be constantly conscious of the amount of attention they give to each club in order to avoid upsetting the other fan section. The division exists even though Sevilla has been the dominant team historically, having established itself as a perennial contender behind Real Madrid, Barcelona and Atletico Madrid.

Betis, meanwhile, spent several seasons in the second division and has been mostly a mid-table club in the top tier. Its best finish in the first division since 2000 was fourth place in 2005. It was sixth in 2018.

Sevilla has been constantly fighting for European places and even contended for the league title in recent years. It was third twice since 2006, with eight top-five finishes in that period. It has five Copa del Rey titles, the last in 2010. Betis has two, the last in 2005.

Sevilla, which doesn’t shy away from selling its biggest stars to keep building strong teams, has also thrived internationally, having won an unprecedented five titles in the Europa League, the continent’s second-tier club competition.

Sevilla could lose some of its edge on Thursday, though, with no fans in the stadium.