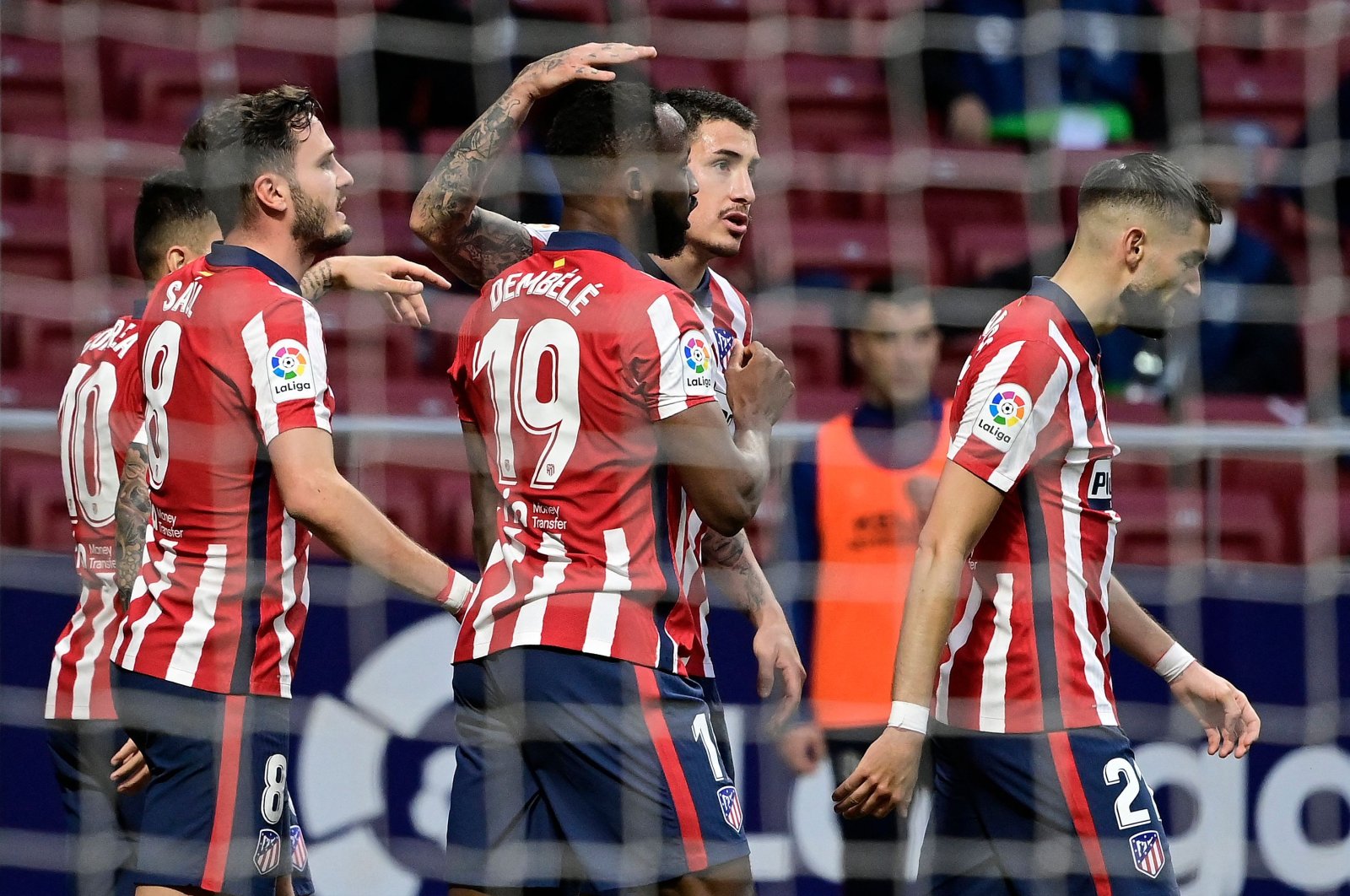 Real Madrid, Atletico Madrid and Barcelona are back to competing against each other for the La Liga title after their hopes of founding the European Super League were squashed by authorities.

Real briefly went top of the standings on Wednesday with a 3-0 win at Cadiz after getting a frosty reception from the home supporters, who shouted "money grabbers" at Zinedine Zidane's side as the team arrived for the match.

Real hosts a game on Saturday against fifth-placed Real Betis, which caused a stir on social media shortly after the breakaway league was announced by issuing an “updated” version of the league table without Real, Barca and Atletico.

Betis coach Manuel Pellegrini, a former Real Madrid manager, did not hold back on his thoughts on the Super League, calling it "an idea to destroy national leagues."

Real’s leadership was short-lived, however, as Atletico reclaimed the summit after defeating struggling Huesca on Thursday with 2-0.

Atletico, which aborted involvement in the breakaway league on Wednesday and apologized to fans for causing "confusion," faces Athletic Bilbao on Sunday in what looks the toughest away game of its run-in before the visit to Barca on May 8.

Sitting at third place with 68 points, Barca has a game in hand and visits Villareal next, which lashed out at the league's three biggest sides for plotting the Super League.

"He only thinks about Real Madrid. But Villarreal doesn't need Florentino to come and save it. Any outcome which is not earned by sporting merits doesn't make any sense," he said.

Real and Barca are the only teams among the Super League's 12 founding members yet to withdraw from the project and Real President Perez insists the plan is not dead yet.

Real declined to comment on Roig's statements. Perez has said the Super League was a way to "save" football from the financial crisis caused by the coronavirus pandemic.