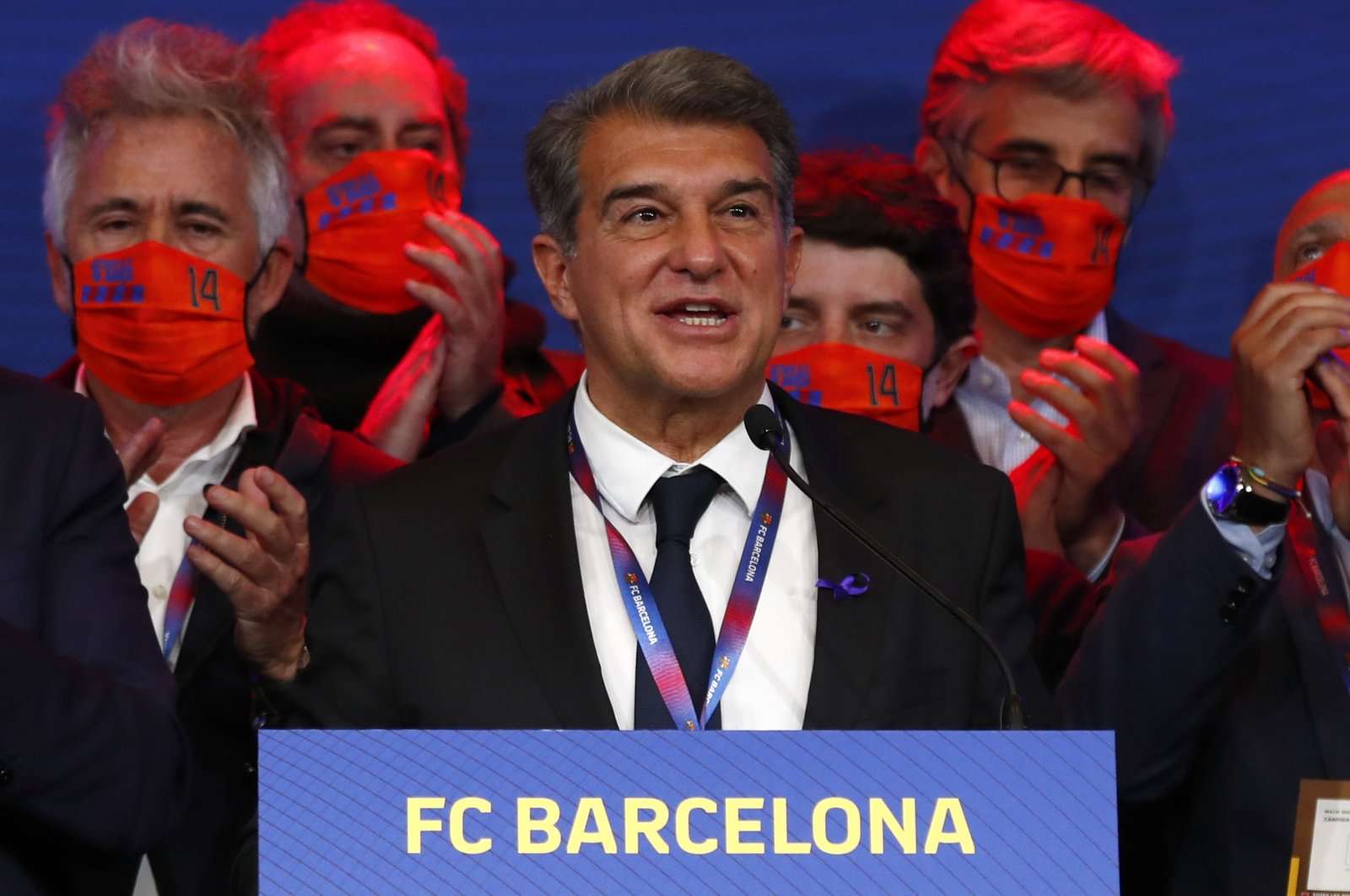 Barcelona President Joan Laporta on Thursday said he would continue to back the controversial European Super League project despite 10 of the 12 founding clubs abandoning the breakaway competition.

The Super League, which provoked a backlash by other clubs, fans and authorities around Europe, was announced by a dozen top clubs in England, Spain and Italy on Sunday, but it quickly collapsed and is now officially backed only by Barcelona and Real Madrid.

"It is absolutely necessary,” Laporta said on Catalan public television in his first public comments on the project. "The biggest clubs create the most financial resources and we must have our say in deciding how the earnings are shared.”

The six English clubs involved in the competition pulled out Tuesday amid escalating backlash from their supporters and warnings from the British government. A day later, Spanish club Atletico Madrid and the three Italian teams in the project – Juventus, AC Milan and Inter Milan – also opted out.

Despite being left nearly alone, Real Madrid president Florentino Perez – the competition’s supposed first chairman – said late Wednesday that the idea was not dead, but rather on standby.

Both Juventus and AC Milan left open the possibility of joining a Super League at a later date in their statements Wednesday.

Barcelona's finances have been hard hit by the pandemic, which has compounded problems in a budget that was already loaded by the highest payroll in soccer last season.

The 12 elite clubs wanted to boost their revenues by cutting UEFA out of the equation and replacing the Champions League with the new tournament of 20 teams, including 15 teams who would always play in it.

Barcelona’s participation was conditioned by Laporta’s pledge to let the club’s members vote on the proposal.

"We are keeping a prudent stance," Laporta said. "It is a necessity, but our club members will have the final word.”