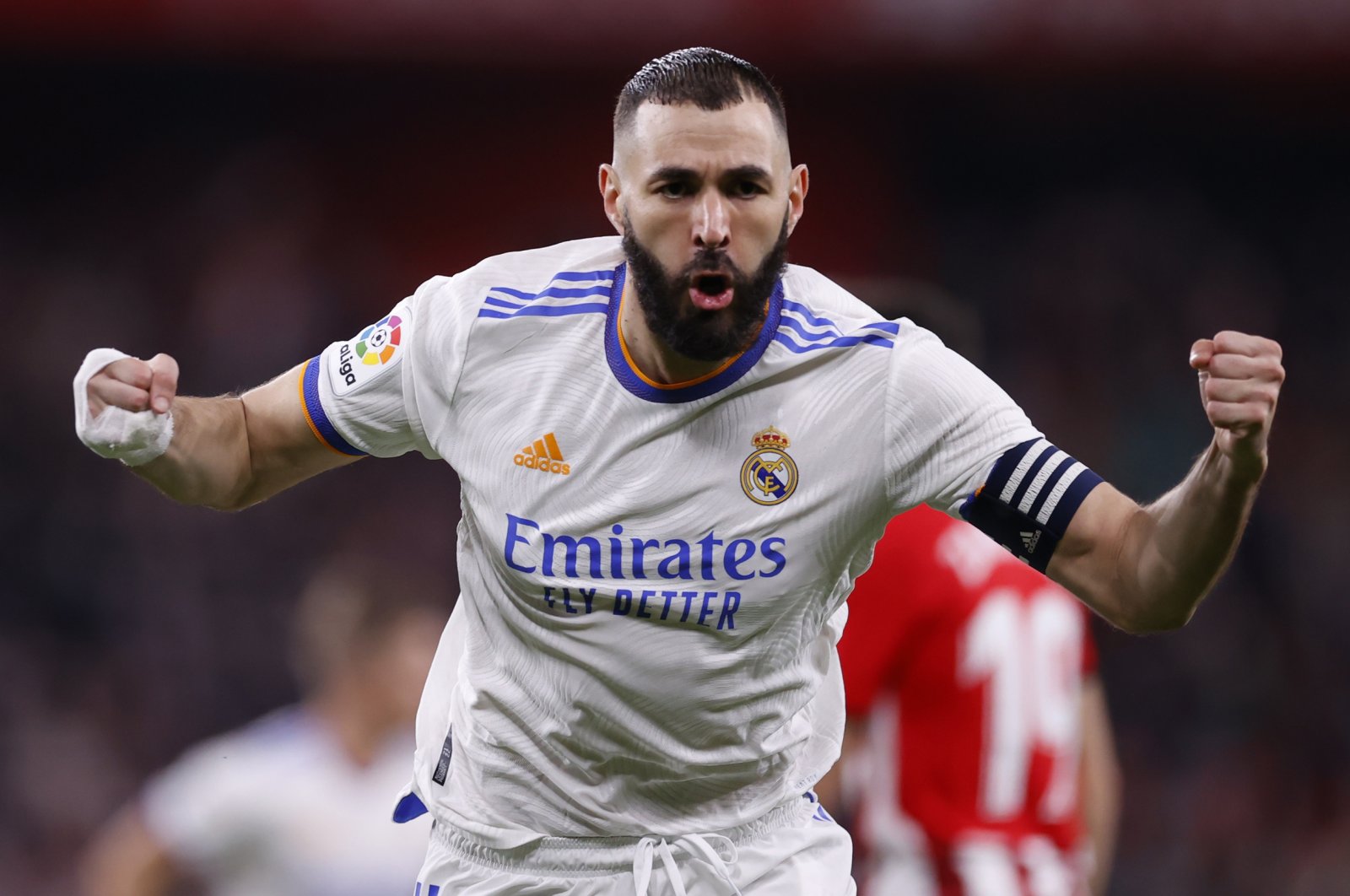 French veteran Karim Benzema continued his impressive form this season, leading Real Madrid to yet another win with a brace against Athletic Bilbao Wednesday.

The 2-1 win sent the leader Los Blancos eight points clear at the top of La Liga.

Real, who was missing eight players due to a COVID-19 outbreak in the club, as well as suspended midfielder Casemiro, stretched its unbeaten run to 15 matches in all competitions as it reached the mid-season break with 46 points.

It is eight points clear of Sevilla and 13 ahead of third-placed Betis. Athletic remain 10th with 24 points.

Benzema broke the 400-goal mark in his professional career with a stunning strike from just outside the box in the fourth minute before adding another just three minutes later when an Athletic defender missed a clearance.

Oihan Sancet stopped Real's momentum with a sensational goal in the 10th minute. It was the first goal conceded by Real after five successive clean sheets in all competitions.

The hosts, who were also missing four players due to COVID-19, dominated most of the second half but Real held on to secure all three points.

"It was a complete game from our team with players that didn’t have many opportunities before and that showed the grit and will form a group that is willing to compete in every competition," coach Carlo Ancelotti told reporters.

He also praised Benzema for his performance.

"He is a top player in the world. Just amazing."

The French striker was given a standing ovation from Athletic fans when he was substituted late in the second half.

"I like this type of football, playing in this stadium, this environment. I'm happy. This win in this place is very important for us." Benzema told reporters.

"We played well, suffered a little like great teams do. My first goal, it was good but better was scoring because it gave us the confidence to go on and score the second right away."

With the likes of Luka Modric, Casemiro, Rodrygo, Marco Asensio and Gareth Bale all missing, it handed Eden Hazard a chance to prove his worth to the team.

He made his second consecutive start after being out from the starting eleven for three months. The Belgian forward quickly found his stride to lead most of Real's attacking moves.

As Real ended the year with a bang, city rival and defending champion Atletico Madrid suffered its fourth straight defeat, a 2-1 reverse at Granada, to leave it fifth but a yawning 17 points adrift.

Atletico would be more than happy to swop trajectories with Granada for whom this was a third consecutive win in front of its home fans and fifth game without a loss.

This was certainly not how Diego Simeone envisaged the night before his 10th year anniversary in charge at Atletico.

What's more his Portuguese striker Joao Felix had Granada on the backfoot in the second minute when his low angled shot got the better of his fellow countryman Luis Maximiano.

Felix had a header arguably harshly disallowed as the first half drew to a close with Jorge Molina grabbing the winner after the hour mark for Granada.