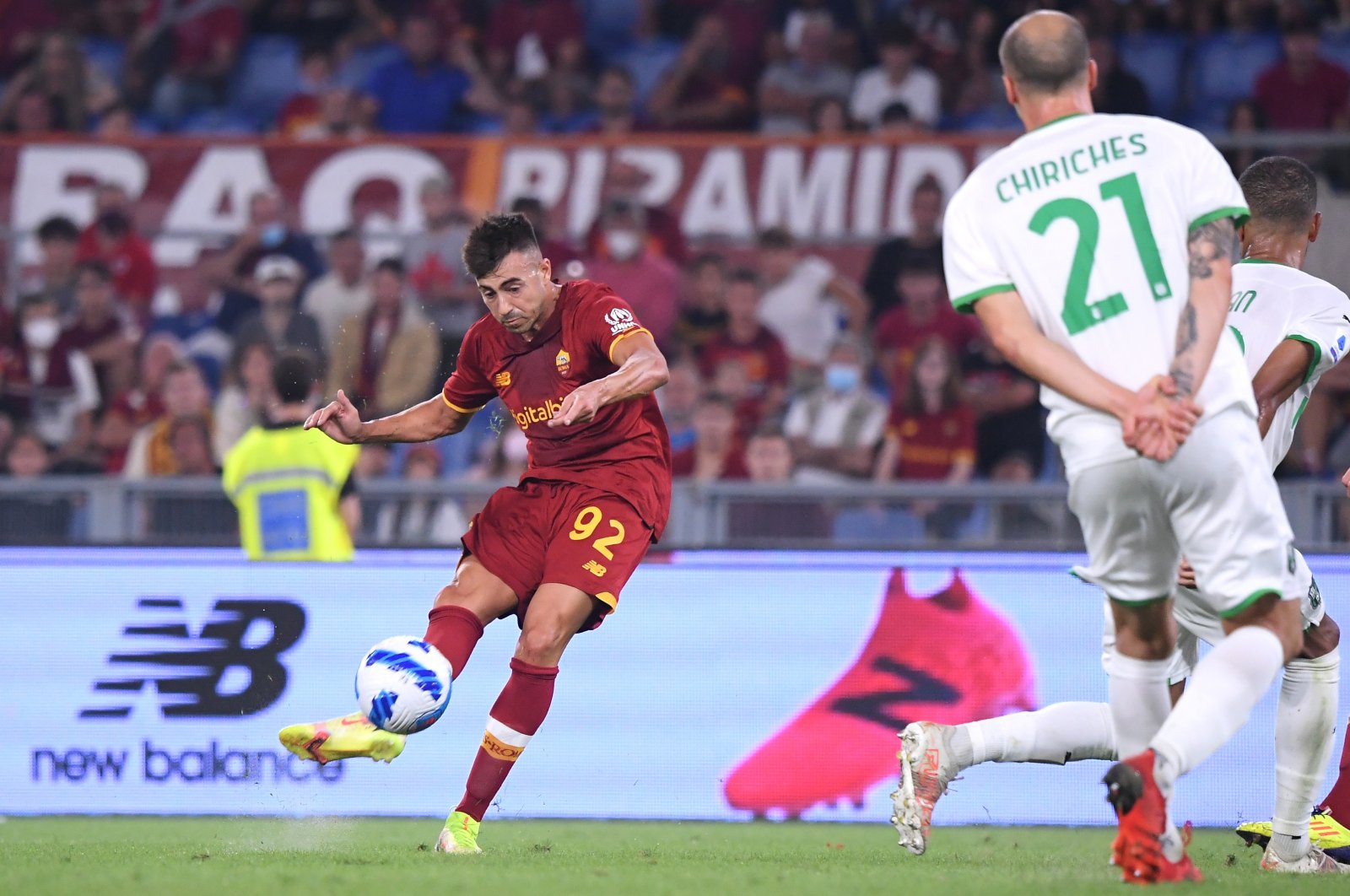 A last-gasp Stephan El Shaarawy strike was enough to bring Roma a thrilling 2-1 win over Sassuolo in Jose Mourinho's 1,000th match as a manager.

El Shaarawy struck with a sublime curling strike in the 91st minute which caused wild celebrations at the Stadio Olimpico in Rome, with Mourinho running to join his joyous players in front of screaming supporters behind the goal.

"During the week I lied to myself because I tried to convince myself that wasn't a special match but it was a special match ... For the rest of my life, I will remember that the match that took me to 1,000 was this one."

A breathless contest looked to be heading for a draw after Bryan Cristante's 37th-minute opener was canceled out by Filip Djuricic just before the hour mark and both sides wasted a raft of chances.

Tammy Abraham and Hamed Traore hit the post for each team but it was Roma goalkeeper Rui Patricio who had to be at his best to stop gilt-edged opportunities presented to Domenico Berardi and Jeremie Boga as Sassuolo pushed for a win.

However, with the seconds ticking away El Shaarawy crashed in his shot from the edge of the area off the post to put Roma top, level on a perfect nine points with AC Milan and Napoli.

There was even time for a scare right after the winner when Gianluca Scamacca's wonderful strike was disallowed for offside to enormous roars from the home crowd.

"In the final 20 minutes, Rui Patricio made two or three incredible saves, we missed chances practically in front of an open goal. I think that for the neutral it was an incredible match."

Zlatan back in business

Resurging Milan is level with Roma thanks to a 2-0 win over Lazio which came through goals from Rafael Leao and Zlatan Ibrahimovic, who scored seven minutes after making his comeback as a second-half substitute following four months out of action.

The Swedish star, who turns 40 in three weeks, rolled home the simplest of finishes from Ante Rebic's low cross in the 67th minute to banish a knee injury he suffered at the end of last season, ensuring his second-placed team went two points ahead of reigning champions Inter Milan and Udinese.

"He's got this passion, I believe that apart from his evident talent it's the passion, the fire that he has inside him that makes training for him a pleasure ... When you're like that you don't feel the advancing years," said Milan boss Stefano Pioli.

Milan was the better team on a glorious late summer's evening at the San Siro and would have won even more convincingly had Franck Kessie not hit the bar from the penalty spot in first-half stoppage time.

It is three points ahead of Lazio, who sits sixth after a first defeat under new coach Maurizio Sarri.

And when he was asked whether his side had big ambitions in Europe, Pioli said: "We should only be dreaming at night, in the day we need to work hard to realize those dreams."

In Sunday's early match Inter's perfect start to its defense of the Serie A title ended after a 2-2 draw with a spirited Sampdoria side in Genoa following two wins in its opening two fixtures of the campaign.

Inter hosts Real Madrid at the San Siro on Wednesday in its first Champions League group match of the season.