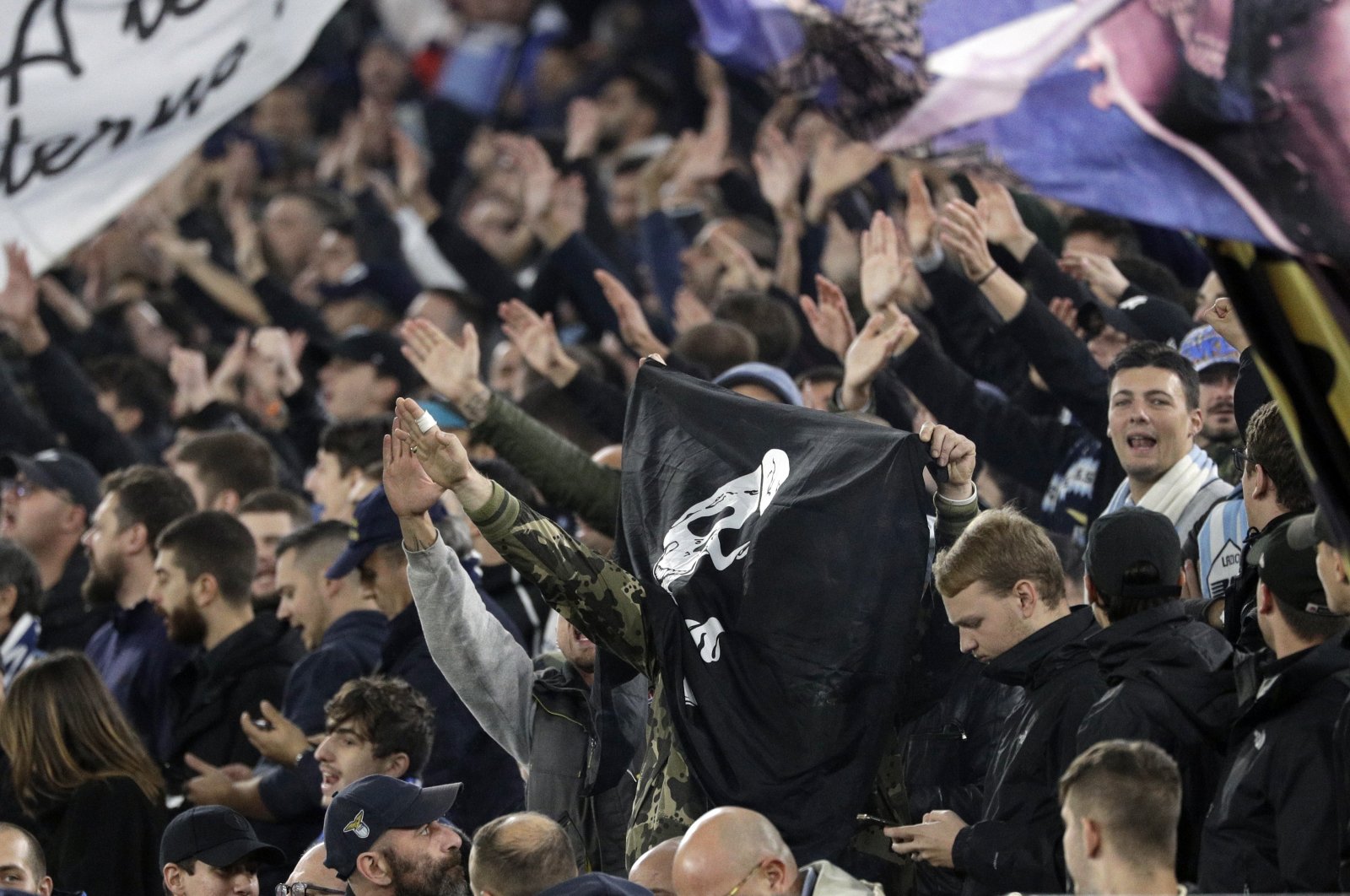 It must have been hard for Romano Floriani Mussolini, the great-grandson of Italy's fascist dictator Benito Mussolini, to carry all the infamous baggage associated with his surname, which is why the 18-year-old is now attracting worldwide attention. He recently signed with Lazio, a club with a long history of racist, xenophobic and pro-fascist incidents that is known as the hotbed of Italian far-right in the country's passionate football scene.

The young right back has been training and playing with the Rome club's U-17 and U-18 youth squads, and recent reports on Italian media outlets state that Mussolini has now been drafted by the Biancocelesti's U-19 squad, paving way for Serie A appearances.

To complicate matters further, Romano Floriani is the son of Alessandra Mussolini, the daughter of the Italian dictator's youngest son Romano Mussolini, and Maria Scicolone, who happens to be the youngest sister of iconic Italian actress Sophia Loren.

Alessandra was a model and actress who also happens to be a former lawmaker, Senate member and Member of the European Parliament (MEP). She can be described as the only politically-active Mussolini with a track record of views ranging from far-right or neo-fascist to social liberal, to go along with a number of her bureaucratic controversies.

This time, however, Alessandra was awkwardly silent. "I have nothing to comment on. It's something I prefer to stay out of. My son wants no sort of meddling in his private life or choices," she was quoted as saying by the Adnkronos press agency.

The dictator member of the family known as "Il Duce" ruled Italy with an iron fist from 1922 to 1943. Initially hailed by the overall public and even Western democracies for ending the country's post-World War I chaos, Mussolini's policies turned increasingly aggressive and irredentist in the mid-1930s with the fascist regime's suppression of a Libyan insurgency, occupation of Ethiopia and involvement in the Spanish civil war constituting some of its most brutal crimes against humanity. Fascist Italy's occupation and annexation of Albania in 1939 marked the last of Mussolini's successful and unopposed aggressions. In World War II, Mussolini joined Nazi Germany's side in 1940 seeking to revive Italy's dominance in the Mediterranean, which is when things started going downhill for the dictator.

Italian forces were humiliated in Greece and Germany's superior military only rescued their botched invasion. A series of defeats by the Allies in Libya, Tunisia and Sicily destroyed overall morale and support for Mussolini on the home front and even his own fascist party sought his removal in 1943 as the Allied invasion was ongoing. He was removed from power and briefly incarcerated before getting rescued by the Nazis in a famous commando operation and installed as a puppet leader for two more years until the end of the war when he was captured by partisans and publicly hanged in Milan.

Despite his record, many Italians still consider Mussolini a great leader. His memorabilia can be found throughout the country, especially his hometown and burial site Predappio, which now serves as a pilgrimage location for fascists and right-wing groups.

Lazio youth team manager Mauro Bianchessi was quoted by Italian newspaper La Repubblica as saying he considers the youngster, now dubbed Mussolini Jr., a humble but promising talent. "The burdensome surname? I’ve never spoken to his parents, and the only thing that matters is whether a player deserves to play. Nothing else,” Bianchessi said according to his comments published on the Guardian.

Apart from Mussolini's family connections, however, his signing with Lazio – officially S.S. (societá sportiva, which is sports club in Italian) Lazio, which is easily associated with the notorious Nazi Germany Schutzstaffel (SS) paramilitaries – was the icing on the cake.

Despite the club rejecting such connotations, Lazio fans are often associated with far-right and neo-fascist organizations and violence that display fasces or swastika symbols during matches and spew racial slurs towards black players – with the latest being an issue that's poisoning the country's football scene. Players of African descent, even those like Mario Balotelli that wear the Italian national team's jersey, are often subjected to verbal attacks or even media bias.

Being among the most successful and popular Italian clubs associated with the far-right like Hellas Verona, Lazio's fan base has had its share of controversies in the past. Many football enthusiasts remember how Lazio fans unashamedly displayed a banner that read "Auschwitz is Your Homeland. The Ovens are Your Homes" during a Rome Derby back in 1998.

The racist and anti-Semitic stance from the club's mainly suburban and rural fanbase, often on display in matches against their urban rivals associated with the left, cast a shadow on the club's success in the late 1990s and early 2000s thanks in part of the likes of Alessandro Nesta or Pavel Nedved.

Lazio fans hit new lows back in 2017 when they littered the southern stands of Rome's Olympic Stadium – a part of the arena mainly used by fans of A.S. Roma, their archrival in the capital – with pictures of Dutch teenager Anne Frank, one of the most renowned victims of the Holocaust due to her detailed wartime accounts, wearing a Roma jersey. The incident took place only a week after they were banned from the northern stands, also known as "Curva Nord" that most Lazio ultra hooligans are named after, for chanting racial slurs. The Curva Nord was further embroiled in controversy in 2018 when they called for women to be banned from attending matches in their home ground. Besides, the violent Irriducibili fan group disbanded itself in early 2020 following a string of controversies and ensuing legal prosecution.

Paolo Di Canio, perhaps the most controversial Italian player of all with an unapologetic far-right political stance throughout his career, played for Lazio between 1985 and 1990 before departing for England. He came back to Lazio for a short stint in 2005, a time associated with his Nazi salute during a match with Roma.