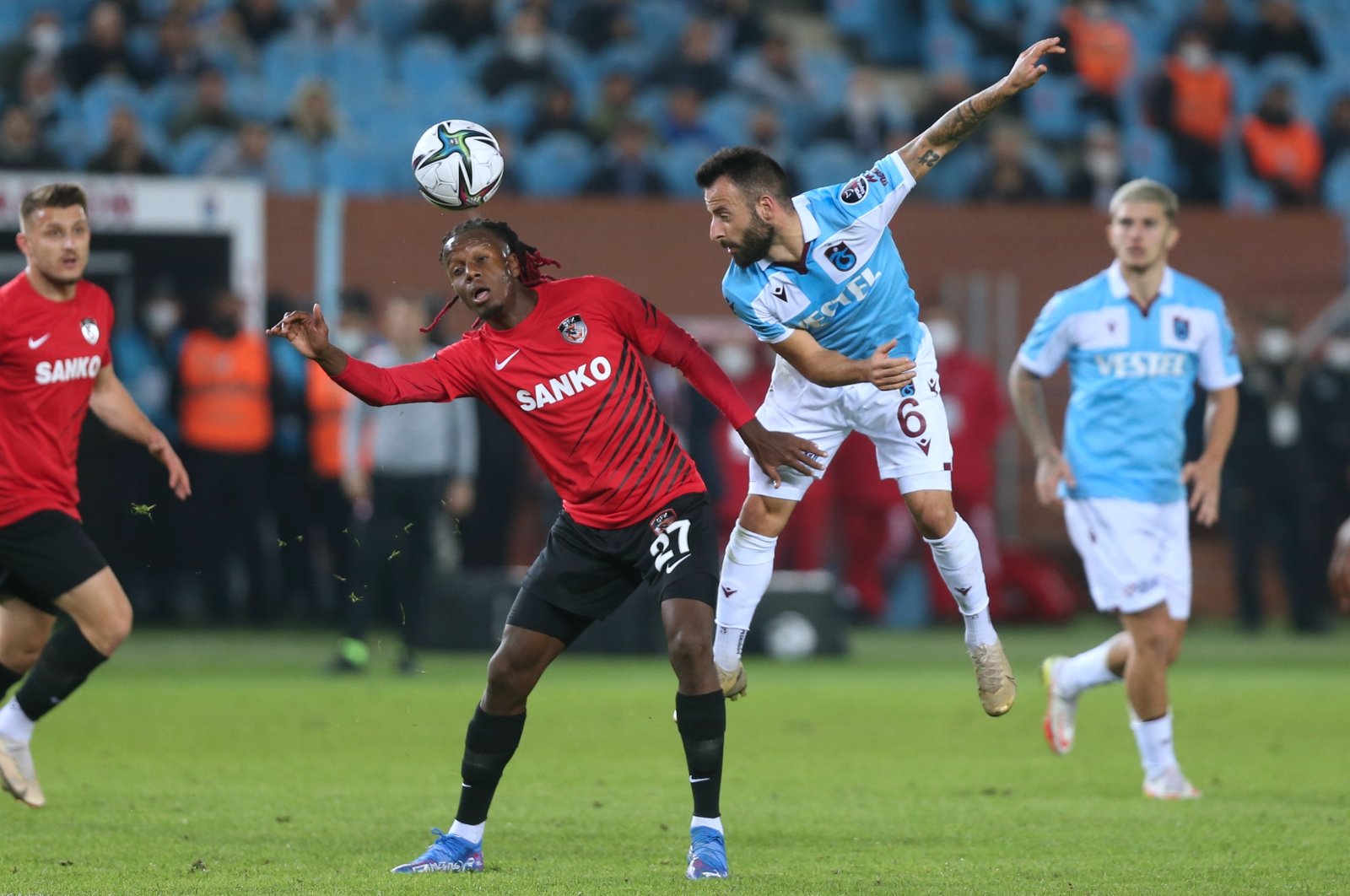 In the 13th week match between the two teams, Black Sea side Trabzonspor largely dominated the first half.

At the 19th minute, the club’s wunderkind Abdülkadir Ömür managed to send the ball to the net with a magnificent shot during a free kick from well away.

At the 42nd minute, Trabzonspor’s Cape Verdean forward Djaniny brought the score to 2-0 before Andreas Cornelius topped it off just before the first half ended.

The second half saw a completely different play as Gaziantep FK increasingly pushed the Black Sea club to their backfield.

Missing goal after goal, the southeastern contender failed to score as the match ended in a 3-0 victory for Trabzonspor.

The referee decisions were also controversial during the game, as Gaziantep FK players expected a red card when their forward Nouha Dicko was taken down in an apparent foul.

Speaking after the match, Gaziantep's Nouha Dicko said that referee Suat Arslanboğa and his crew “cast a shadow on the game.”

With the victory, Trabzonspor has now secured its sixth win in a row, as the club hasn’t been defeated in the last 25 official matches.

Even though Trabzonspor managed to attain such a decisive victory, the odds were against the club before the match as it was lacking four of its critical players due to injuries.

The club’s Greek forward Anastasios Bakasetas, his Guinean counterpart Bengali-Fodé Koita and defender Hüseyin Türkmen were all missing from the squad.

What’s worse, the club's superstar goalie Uğurcan Çakır was already off the pitch due to a red card and his main substitute, Erce Kardeşler, got injured in training before the match.

Left with just one goalkeeper, 20-year-old Arda Akbulut, the club rushed to bring in Muhammet Taha Tepe as a substitute in case Akbulut were to sustain an injury during the match.

The new sign, another 20-year-old youngster, managed to take his place on the bench at Medical Park Stadium just 15 minutes before the match began.