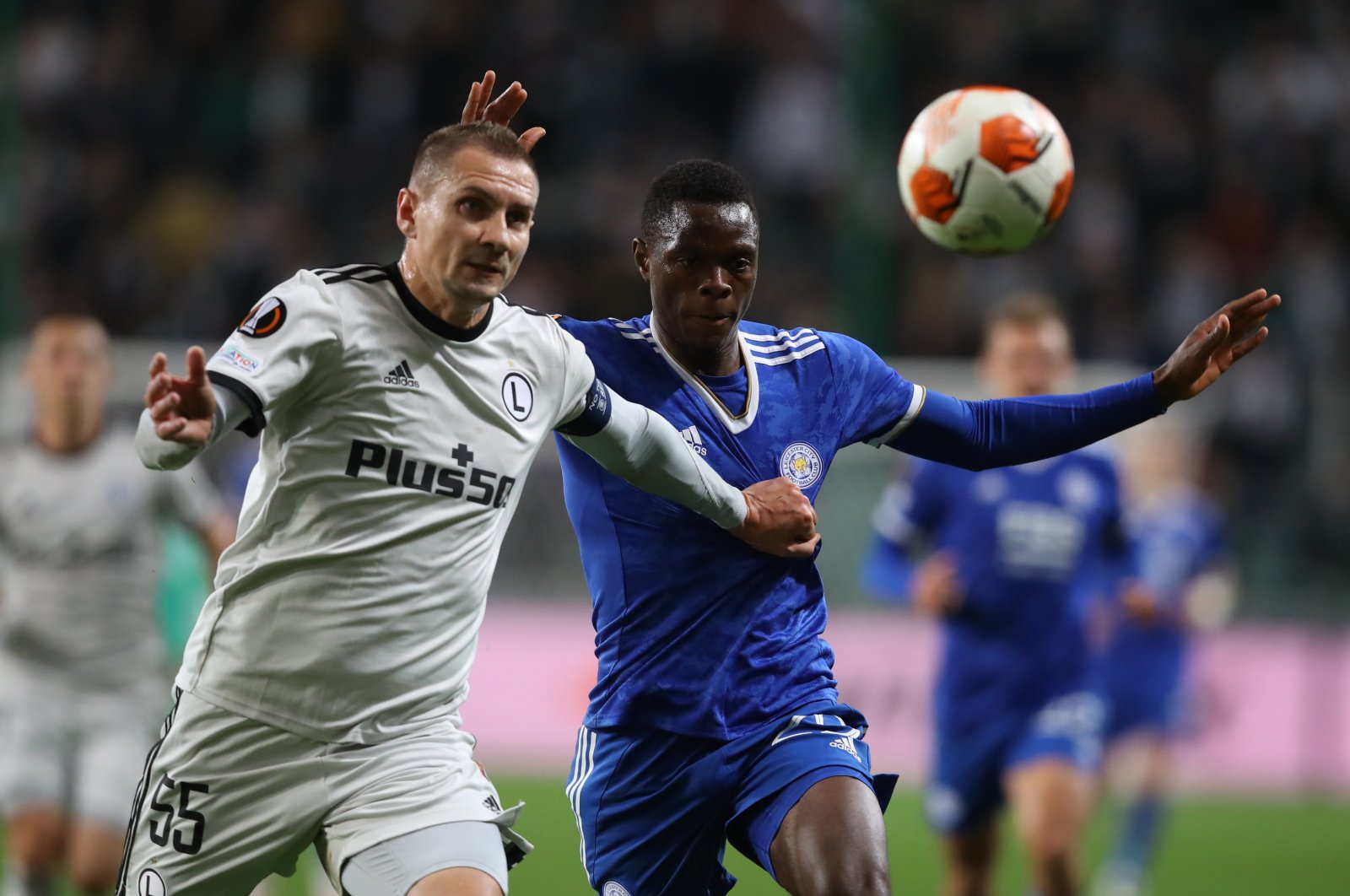 Leicester and Napoli have their work cut out for them after falling to surprise defeats in the Europa League group stages on Thursday.

A much-changed Leicester went down 1-0 to Legia Warsaw in Poland, while Napoli's unbeaten record this season was ended by Quincy Promes' double for Spartak Moscow in a thrilling 3-2 win for the Russians at the Diego Maradona stadium. Both clubs now face an uphill task to reach the knockout stages.

Unlike the Italians, who top Serie A with a 100% record, Leicester has also started poorly in the Premier League.

With that in mind, Brendan Rodgers made wholesale changes ahead of Sunday's trip to Crystal Palace and paid a heavy price.

The only goal of a cagey encounter in Warsaw arrived at 31 minutes as Mahir Emreli shrugged off Daniel Amartey and drilled a low shot through Jannik Vestergaard's legs and in off the post.

"I've made the changes but it doesn't take away the importance from it. We have four more games to qualify," said Rodgers.

"We've got one point from two games but there is enough time to do that."

Napoli, in the meantime, got off to a flying start as Elif Elmas struck after just 11 seconds.

However, Mario Rui's red card on 29 minutes changed the course of the game.

Promes leveled early in the second period and Mikhail Ignatov put the visitors in front before Maximiliano Caufriez's dismissal balanced up the numbers.

Another goal from Promes in stoppage time put the game beyond Napoli despite Victor Osimhen pulling back a late consolation.

Legia tops the group on six points with Spartak on three and the more fancied Leicester and Napoli left on one each.

Scottish side Rangers' poor European form also continued as Steven Gerrard's men were beaten in the Czech capital where the focus again fell on Kamara.

Letna Stadium was originally meant to be shut for the Rangers' visit following a separate racist charge against Sparta after Monaco's Aurelien Tchouameni was subjected to abuse in August.

The UEFA instead agreed to a proposal for the game to go ahead in front of mainly schoolchildren with some accompanying adults, but booing was audible any time Kamara touched the ball.

David Hancko's headed goal in the first half condemned Rangers to a second consecutive defeat in Group A before Kamara was sent off with 15 minutes remaining for two bookable offenses.

"I'm not surprised. We're playing behind closed doors, apparently, for a reason," said Gerrard. "It's not the first time there have been issues in this place. The powers that be don't do enough."

Karl Toko Ekambi scored twice for Lyon as it thrashed Brondby 3-0 to stay top of Group A with maximum points from two games.

Celtic is also without a point after being thrashed 4-0 at home by Bayer Leverkusen.

Betis beat Ferencvaros 2-1 in Hungary to move level on six points with Leverkusen.

West Ham also made it two wins from two games with a comfortable 2-0 victory over Rapid Vienna thanks to goals from Declan Rice and Said Benrahma.

In Group B, Real Sociedad and Monaco played out a 1-1 draw in San Sebastian, while PSV Eindhoven moved to the top of the section with a 4-1 win at Sturm Graz.