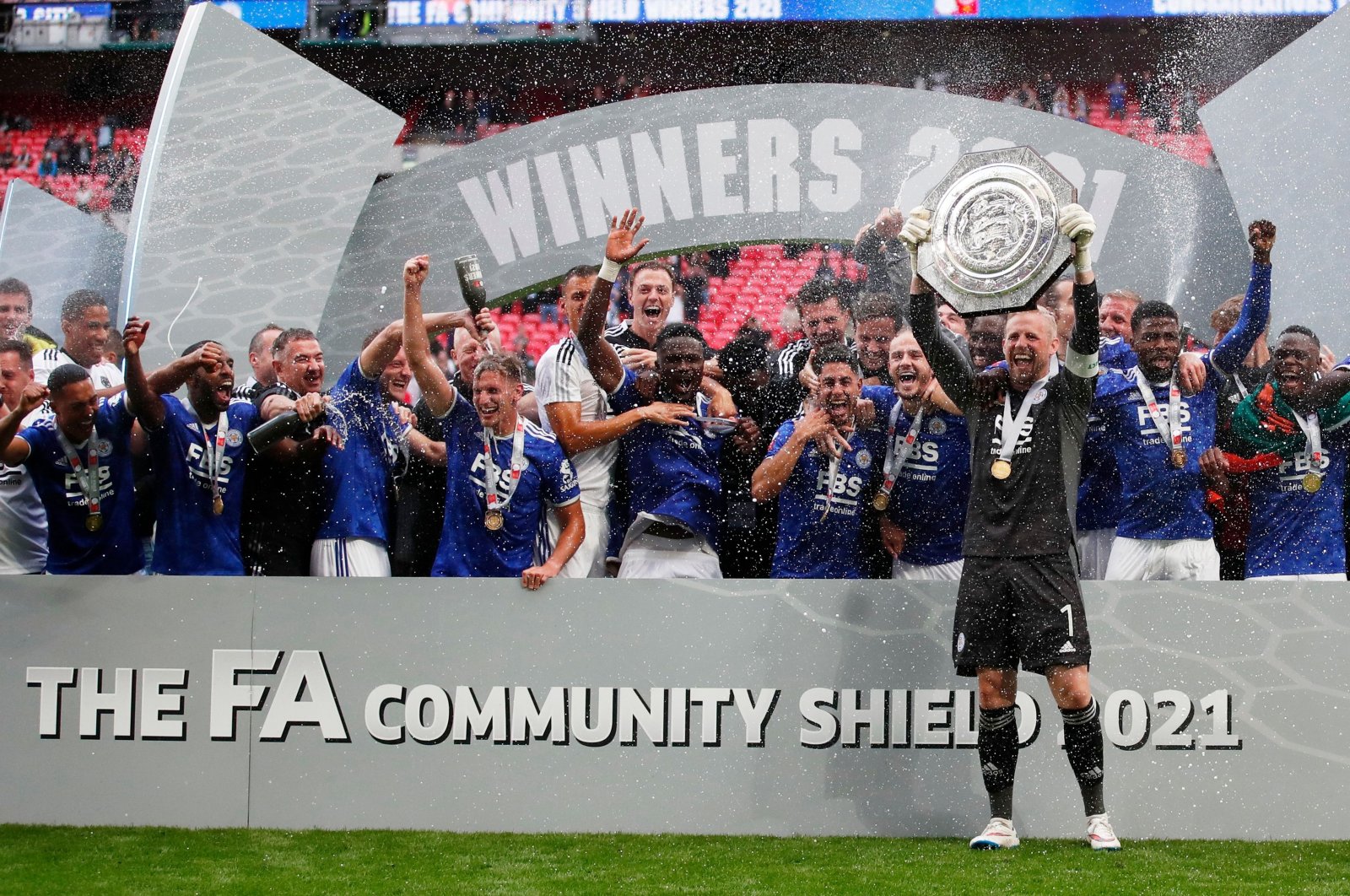 All eyes were on Grealish when he came on as a second-half substitute following his British record 100-million pound ($139 million) move from Aston Villa Thursday.

After training with his new teammates for the first time on Friday, Grealish replaced Sam Edozie in the 65th minute and looked lively in his cameo appearance.

Grealish, the most expensive English player of all time, carried more threat than any of his teammates.

But Grealish's first game in a City shirt ended in disappointment as Iheanacho netted the last-minute winner from the penalty spot after the Nigerian was hauled down by Nathan Ake.

"He was really good. Aggressive, going against full-backs, every time he had the ball he had three players around him. Step by step he will find his best," City manager Pep Guardiola said.

Defeat in the annual curtain-raiser to the English top-flight season will matter little to City if it can replicate last term's superb form, which carried them to Premier League and League Cup glory.

"I saw many good things today. I don't think we played badly and I told the guys how proud I am. But in this business you need to win," Guardiola said.

"We know we will not be at our best but the players will be better next Sunday. That is the process we have to do."

The Champions League runner-up starts its title defense at Tottenham on Aug. 15 with an unsettled look that will concern Guardiola privately.

With Guardiola admitting City's interest in Tottenham striker Harry Kane on Friday, it was notable that his team lacked the kind of cutting edge the England captain would surely provide.

Persuading Tottenham to sell for less than its 150-million pound asking price remains City's hope, but it might be advised to splash on the evidence of this largely toothless display.

"It depends if it is possible. If it is, we do it, if not we go without a striker," Guardiola said.

City was without Kevin De Bruyne and Phil Foden after the playmakers both suffered injuries at Euro 2020.

For Leicester, its second Community Shield triumph – and its first for 50 years – showed it can build on last season's maiden FA Cup victory.

"We wanted to take that into the game and keep that feeling going. Thankfully we've done that."

Three months after beating Chelsea in the final, Leicester was back at Wembley nursing a defensive injury crisis before the season has even started.

Rodgers revealed after the match that Wesley Fofana won't be back from his serious ankle injury until next year.

Leicester's Jamie Vardy was inches away from opening the scoring when he met Harvey Barnes' cross with an agile half-volley that was pushed onto the post by Zack Steffen.

Grealish warmed up to huge cheers early in the second half and City fans got their wish with 25 minutes left when he came on.

Grealish, wearing the number 10 shirt, got plenty of touches as he glided around the final third in search of space.

The most fouled player in the Premier League last season, Grealish thought he had won a free-kick on the edge of the area after an incisive burst, but Paul Tierney waved play on.

An astute pass from Grealish picked out Bernardo Silva's run into the Leicester area, but his teammate's cross wasn't up to scratch.

In the 89th minute, Ake was caught in possession by Iheanacho and tripped the striker, conceding a penalty that the Leicester star drilled high into the net.