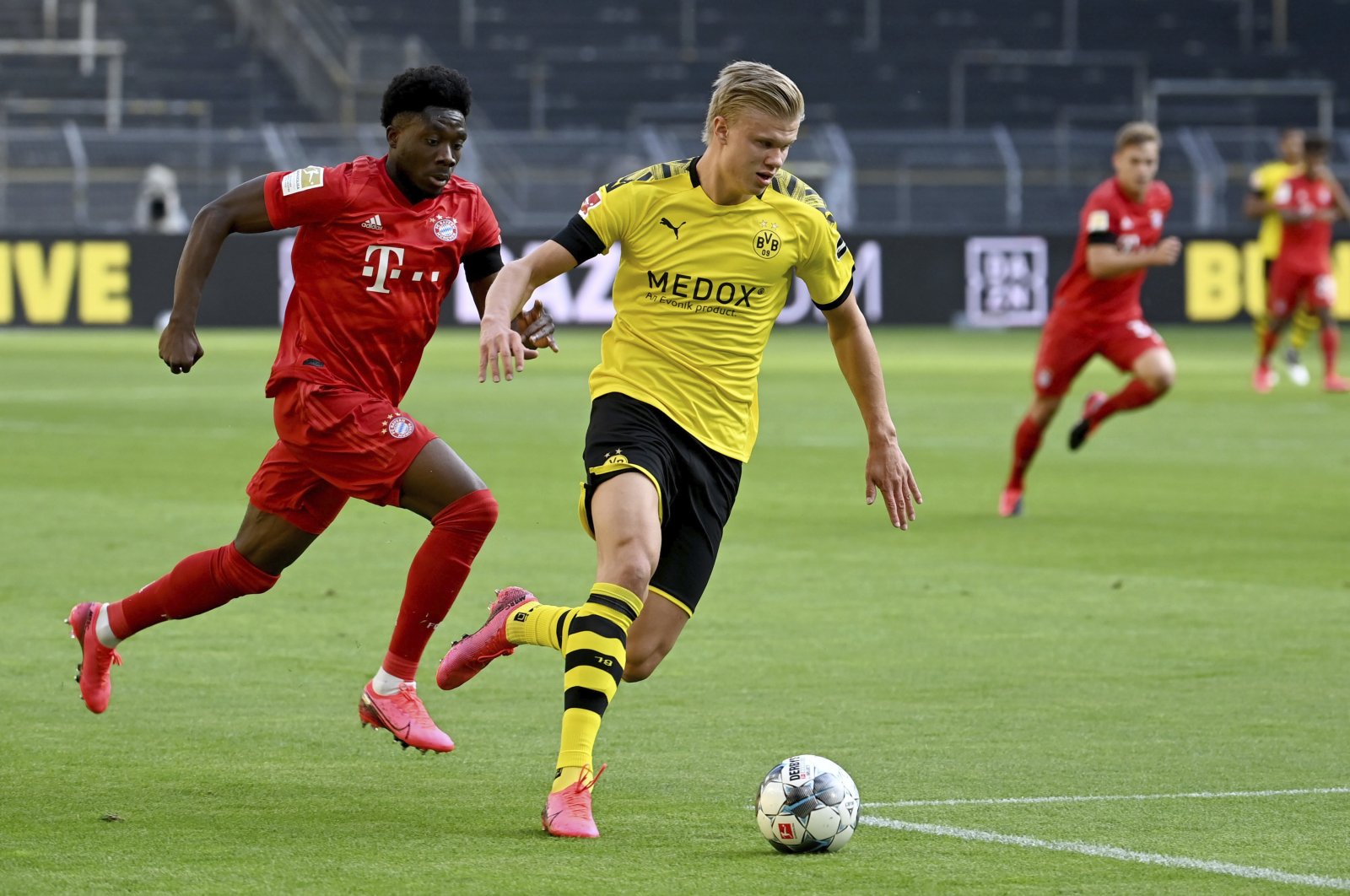 The two sides are both at 15 points, but Bayern occupies the top due to its vastly superior goal difference.

The European champion has won all three of the club's most recent meetings, but Dortmund has won two of its last three home games against Bayern.

"Bayern will have respect," former Dortmund captain Sebastian Kehl said in the build-up.

Lewandowski, 32, has banged in 10 goals in his five league games for Bayern, while Dortmund's Haaland, 20, has scored five times.

Ahead of the top-of-the-table clash, Bayern and Dortmund both rested their star strikers last weekend.

The pair warmed up by each scoring two goals for their respective clubs in midweek Champions League away wins.

Lewandowski, 32, converted a penalty and added a superb header in a 6-2 thrashing of Salzburg.

Not to be outdone, Haaland, 20, also netted twice in Dortmund's 3-0 win at Brugge to become the first player to score 14 goals in his first 11 Champions League games.

Bayern has had to deal with off-field distractions, however, caused by David Alaba's contract wrangles.

The defender said he was "hurt and disappointed" after Bayern withdrew the offer of a contract extension, which reportedly would have earned Alaba up to 20 million euros ($23.6 million) per season.

His contract expires next June and head coach Hansi Flick has said he just wants "calm in the team before the game against Dortmund."

The Bavarians have been in rampant form this season, winning all but one game in all competitions, and the only criticism that could be leveled against them is their defensive record – the worst in the top half of the Bundesliga with nine conceded.

"Of course we would like to have fewer goals against us," Flick was quoted as saying by Reuters.

"But we also see the positive side – we have won all our games with the exception of Hoffenheim.”

"Defensively, we still have some room for improvement as a team. We play with a certain amount of risk. We have more new players at the moment... and only have a little time to train," he added.

The big question for Dortmund is whether it can contain a Bayern side which has scored 44 goals in just 12 games this season.

Having reverted to a back four after abandoning a three-man defense, Dortmund has not conceded a goal in their last four games.

However, Bayern will be a far bigger test of Dortmund's defensive prowess than Schalke, Zenit St. Petersburg, Bielefeld or Brugge.

"We know that we can win against Bayern at home. We have proven that several times," he said, according to Agence France-Presse (AFP).

Midfielder Axel Witsel impressed as a defender alongside Akanji in the win at Brugge.

Witsel could start against Bayern at center-back if Mats Hummels fails to recover from a thigh strain.

Before the Bundesliga's heavyweights slug it out in Dortmund, third-place RB Leipzig will host Freiburg, which is winless in their last five games.

Leipzig wants to build on its midweek Champions League win over Paris Saint-Germain when the German club's French winger Christopher Nkunku scored against his former club PSG in a 2-1 victory.