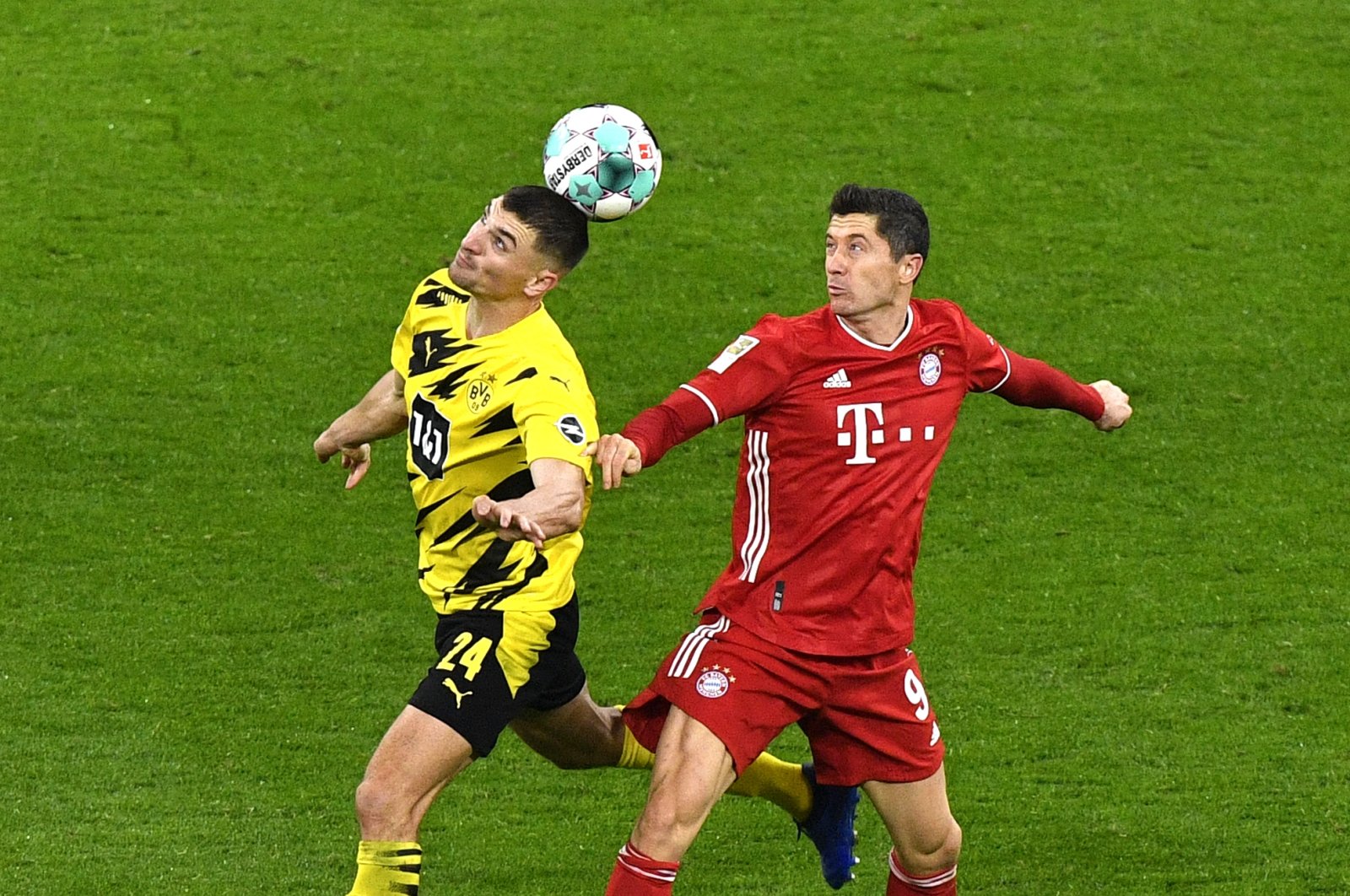 Once again, Robert Lewandowski proved the difference. Bayern Munich’s star forward scored one goal and set up another to help his team beat Borussia Dortmund 3-2 away in the Bundesliga on Saturday.

Lewandowski, who played for Dortmund between 2010 and 2014, took his tally to 17 goals in 13 games against his former club. He also clocked up his 11th goal in just six Bundesliga appearances for Bayern so far this season.

Midfielder David Alaba was also on target for the Bavarians after a turbulent week in which the club publicly withdrew its offer to renew his contract, leaving the long-serving Austrian "hurt and disappointed."

The win lifted Bayern three points clear of of its greatest rival Dortmund's 15, and two clear at the top from second-place Leipzig ahead of the international break. Bayern have won all four of their meetings with Dortmund since Hansi Flick took over as coach, including the league double last season.

"In the end, we deserved the win and such victories are doubly important for us," midfielder Leon Goretzka was quoted by the Agence France-Presse (AFP) as saying.

It was a cagey opening from both teams, each aware that the other was capable of punishing any mistakes. Dortmund started with its fearsome attacking lineup of Erling Haaland, Gio Reyna, Jadon Sancho and Marco Reus.

But it was Poland striker Lewandowski who scored in the 24th minute before the goal was ruled out through VAR for offside in an extremely close decision as the Pole's right knee was offside.

Bayern midfielder Joshua Kimmich had to be supported off the field 10 minutes before the break. Kimmich looked close to tears after injuring himself while attempting to stop Haaland with a foul. He was booked for the challenge.

"I think his knee got overstretched, it didn't look good," admitted Goretzka.

Reus fired in under the crossbar with his first touch to Raphaël Guerreiro’s cross in the 45th.

But there was still time before the break for David Alaba to equalize with a deflected free kick.

Lewandowski made it 2-1 three minutes after the interval when he got ahead of Mats Hummels to head Lucas Hernández’ cross inside the far post.

Coman struck the post minutes later as Bayern maintained its strong start to the second half. Flick evidently told his players to be more aggressive in closing down opponents’ space and it forced mistakes from the home side.

Lucien Favre reacted by bringing on 17-year-old Jude Bellingham with half an hour remaining, and then Thorgan Hazard and Julian Brandt with around 20 minutes to go. Flick brought on Leroy Sané and Lewandowski set up the former Manchester City winger to effectively seal the result on a counterattack in the 80th.

Haaland pulled one back in the 83rd, but Bayern remained more likely to score. Lewandowski had a second goal ruled out for offside in injury time.

"I have to score more goals, if we don't put our chances away at this level, then we won't win," said Haaland, who converted one of four shots on goal.

"They are the best team in the world and we have to work harder to take the next step to be as good as them."

"There were a lot of goal chances for both sides," Flick told in remarks carried by the Associated Press (AP). "In the end we were a bit more decisive.”

The former Germany striker scored from the spot early in the second half to tie Hans-Joachim Abel’s record in the top division. Abel scored his penalties for Fortuna Düsseldorf, Bochum and Schalke between 1973 and 1984.

It was Union’s biggest-ever Bundesliga win, and it lifted the Köpenick-based club to fourth ahead of Borussia Mönchengladbach’s visit to Bayer Leverkusen on Sunday.

Kruse was involved in three other goals.

Japanese midfielder Keita Endo got Union off to a flying start in the fourth minute with his first Bundesliga goal. It was flagged offside, but a VAR check showed Sheraldo Becker, who gave Endo a straightforward finish, was onside when Kruse played him through.

Kruse set up the unmarked Robert Andrich to sweep in under the crossbar in the 13th, then played Becker in for Union’s third before the break.

Kruse made it 4-0 with his penalty in the 52nd, before Akaki Gogia chipped the ball beyond a defender for Cedric Teuchert to complete the rout in the 89th.

Leipzig enjoyed a 3-0 win at home over Freiburg. Ibrahima Konaté made the breakthrough in the 26th and Marcel Sabitzer added a penalty in the 70th, before Angeliño wrapped it up with a brilliant free kick in the 89th.

Eintracht Frankfurt came from two goals down to draw with Stuttgart 2-2, and Hertha Berlin won 3-0 at Augsburg.

Mainz’s six-game losing start is over after a 2-2 draw at home with fellow struggler Schalke. It stretched Schalke’s club-record winless run to 23 league games overall.

After five games without a win, Hertha Berlin roared back with a 3-0 victory in the fog at Augsburg.

Forwards Matheus Cunha, Dodi Lukebakio and Krzysztof Piatek, who cost Hertha 24 million euros ($28 million) from AC Milan in January, got on the scoresheet.