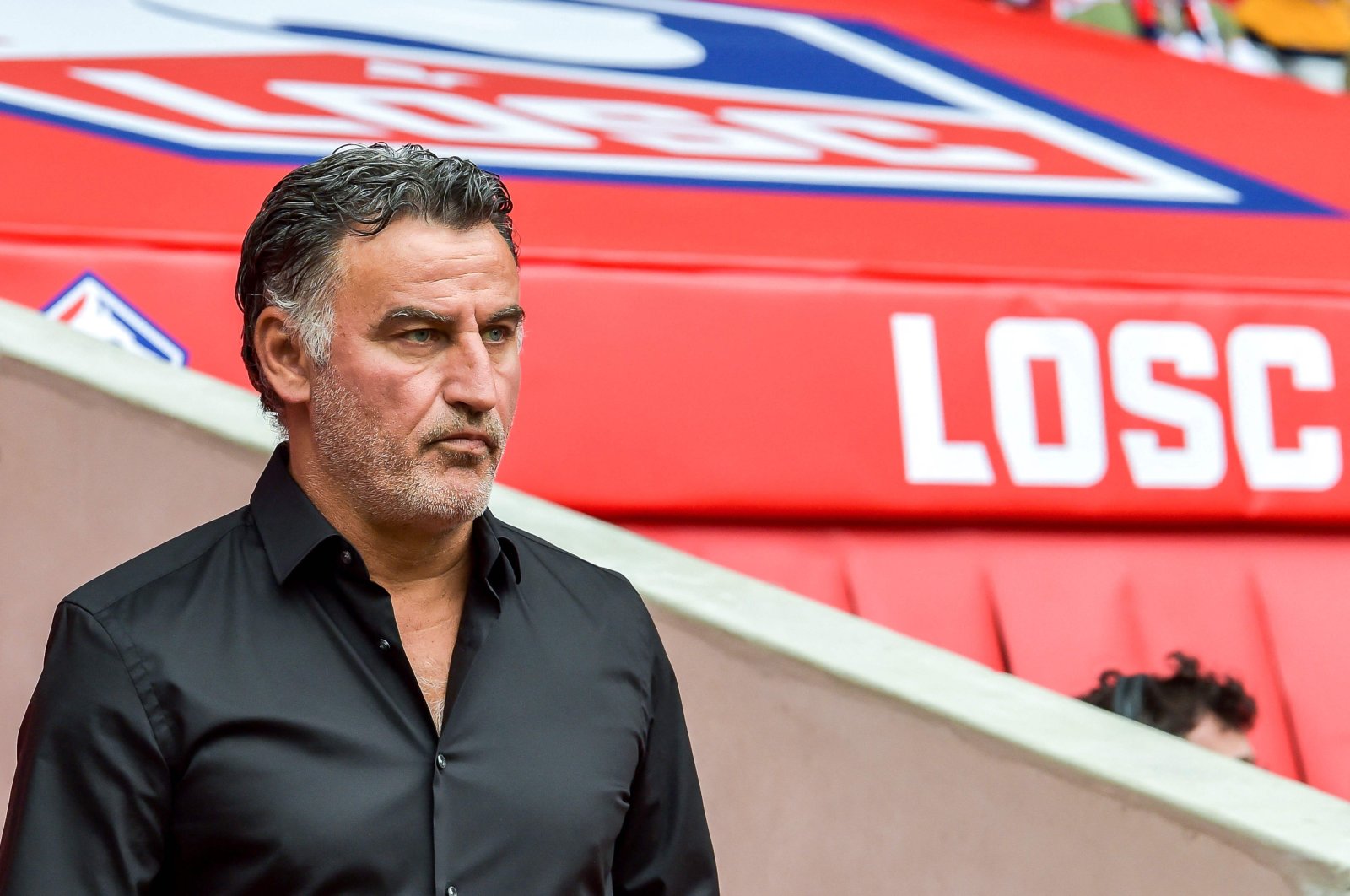 Lille's French coach Christophe Galtier looks on during the French Ligue 1 match against FC Nantes at the Pierre Mauroy Stadium, in Villeneuve-d'Ascq, northern France, Aug. 11, 2019.
by REUTERS May 26, 2021 2:41 pm
RECOMMENDED

Galtier, who had a year left on his contract, joined Lille in 2017 after eight years at St. Etienne and guided it to a first top-flight title since 2011.

The 54-year-old was close to former owner and president Gerard Lopez, who left amid the club's financial difficulties last December.

"With Christophe, we knew each other before working together in Lille," Letang said on the club's website.

"There has always been a lot of respect between us and our relationship has grown even stronger during our collaboration over the past five months. I naturally tried to convince him, but I believe his decision was already made.

"All Lille residents will keep wonderful memories of his time at LOSC, with the crowning glory of this title of champion of France. We can only thank him for everything he has brought here."

Earlier Tuesday, Galtier told the club he intends to leave, two days after leading them to the Ligue 1 title, L'Equipe reported.

"I informed my president ... that I was going to leave," Galtier said. "I am quite simply convinced that I have done my time here. That this four-year cycle is long enough for a coach.

"Having done four years, I feel inside that it's time to leave this beautiful club, this magnificent club ... I'm leaving Lille with an incredible result, I need something else. I don't want to fall into a routine."

Lille's 2-1 victory over Angers on Sunday saw it finish top with a club record 83 points, one ahead of Paris Saint-Germain.