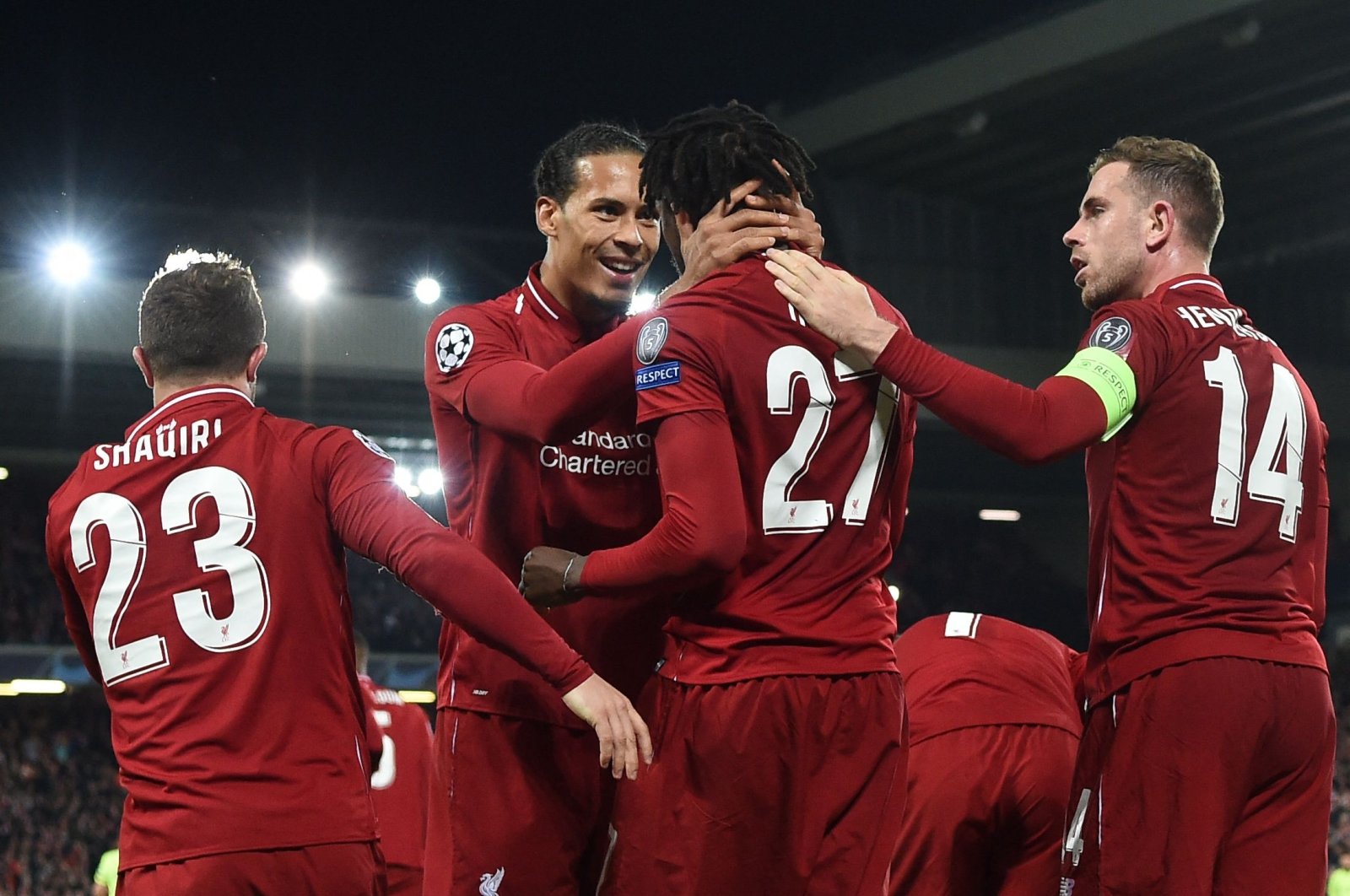 Liverpool has a rich history of turning on the style in Europe to make up for disappointing domestic form, but even a 2-0 first-leg lead over RB Leipzig in its Champions League last-16 tie looks precarious.

Jurgen Klopp's stumbling English champion will approach Wednesday's second leg with trepidation – knowing it will not even be at Anfield for the "home" match.

Liverpool's dramatic exploits in European competition over the years have been fueled by the color, noise and energy provided by fans packed into their famous old stadium.

In 2005, Rafael Benitez's league also-rans were inspired to thrilling wins over Juventus and Chelsea before producing the greatest comeback in Champions League final history in Istanbul against AC Milan.

Klopp's first season in charge, in 2015/16, ended with Liverpool a lowly eighth in the league, but it was roared on as it battled back from 3-1 down to beat Borussia Dortmund 4-3 in the second leg of their Europa League last-eight tie on their way to the final.

Arguably the greatest night Anfield has ever seen came against Barcelona in May 2019.

The Spanish giants were demolished 4-0 in the second leg of the Champions League semi-final, 24 hours after Manchester City landed a vital blow in a titanic title race with Klopp's men.

Liverpool went on to beat Tottenham in the final to be crowned European champions for a sixth time.

But after a year of largely empty stadiums as a result of the coronavirus, Anfield's fear factor has vanished.

Klopp's men had been unbeaten in 68 Premier League games at home until January, but it has now lost a club-record six in a row.

Injuries have also played a major role in their dramatic decline, which has left them struggling just to qualify for next season's Champions League.

Klopp has pointed to the unavailability through injury of captain Jordan Henderson and Virgil van Dijk as reasons for a loss of leadership.

"The next game is in a different competition where we didn't do too bad so far," said the German. "If we can go through, which is not guaranteed, then that could give confidence."

Klopp's lack of faith that his men can defend a 2-0 lead is revealing, with Leipzig smelling blood.

Julian Nagelsmann's men are flying on the back of six straight Bundesliga wins, threatening Bayern Munich's stranglehold on German football.

Leipzig dumped Tottenham out at this stage of the competition last year and Manchester United in the group stage this season.

Liverpool's scalp would be the biggest given their record in the Champions League under Klopp.

But as this season has clearly shown, the spluttering Reds are no longer the formidable force they were just a year ago.

"Let's go to Paris and see if we can pull off a comeback," shouted Joan Laporta, the cheers rebounding around the room as he and his team celebrated his election on Sunday as Barcelona's new president.

It was almost midnight and the result was not yet official, but victory was clear and already Laporta was imagining the kind of result in Paris on Wednesday that an incoming club president could only dream of.

Barca will carry a 4-1 deficit into the second leg and not only that but memories fresh of a hiding at Camp Nou, a 45-minute whirlwind when Kylian Mbappe ran and ran, and Paris Saint-Germain ran riot.

The gulf in class, not just the score, meant nobody was talking up a repeat of the famous "remontada" of 2017 in the return game, least of all Barcelona's coach and players.

"I don't know, there is one leg left. It will be very difficult, we all know that," said Frenkie de Jong moments after full-time, barely able to find the energy to speak.

"There is always another match," said coach Ronald Koeman. "But after a 1-4 at home I'm not going to lie to you, there is very little chance."

Koeman had taken off Gerard Pique with 12 minutes left, not because the defender was injured but because he wanted to preserve his fragile knee for games to come. "There was no need to take risks," he said.

When Barcelona drew at home to Cadiz the following weekend, Koeman said he was more disappointed with that result than the loss to PSG.

Since then Barca has won four in a row, scoring 10 goals and conceding none. It has moved within two points of Atletico Madrid in the league and reached the Copa del Rey final, coming back from losing a first leg 2-0 against Sevilla to win 3-2 on aggregate.

Koeman has shifted to a new system, with three central defenders, two wing-backs and two upfront. It could give them more protection against Mbappe and Neymar, who is expected to be fit this time.

Good form, though, against less impressive opponents in the league and cup proved a poor gauge of Barcelona's chances in the first leg. Unlike in 2017, they will not have a lethal front three to instigate fear, nor will there be 99,000 fans at Camp Nou, or any at all, to ignite momentum.