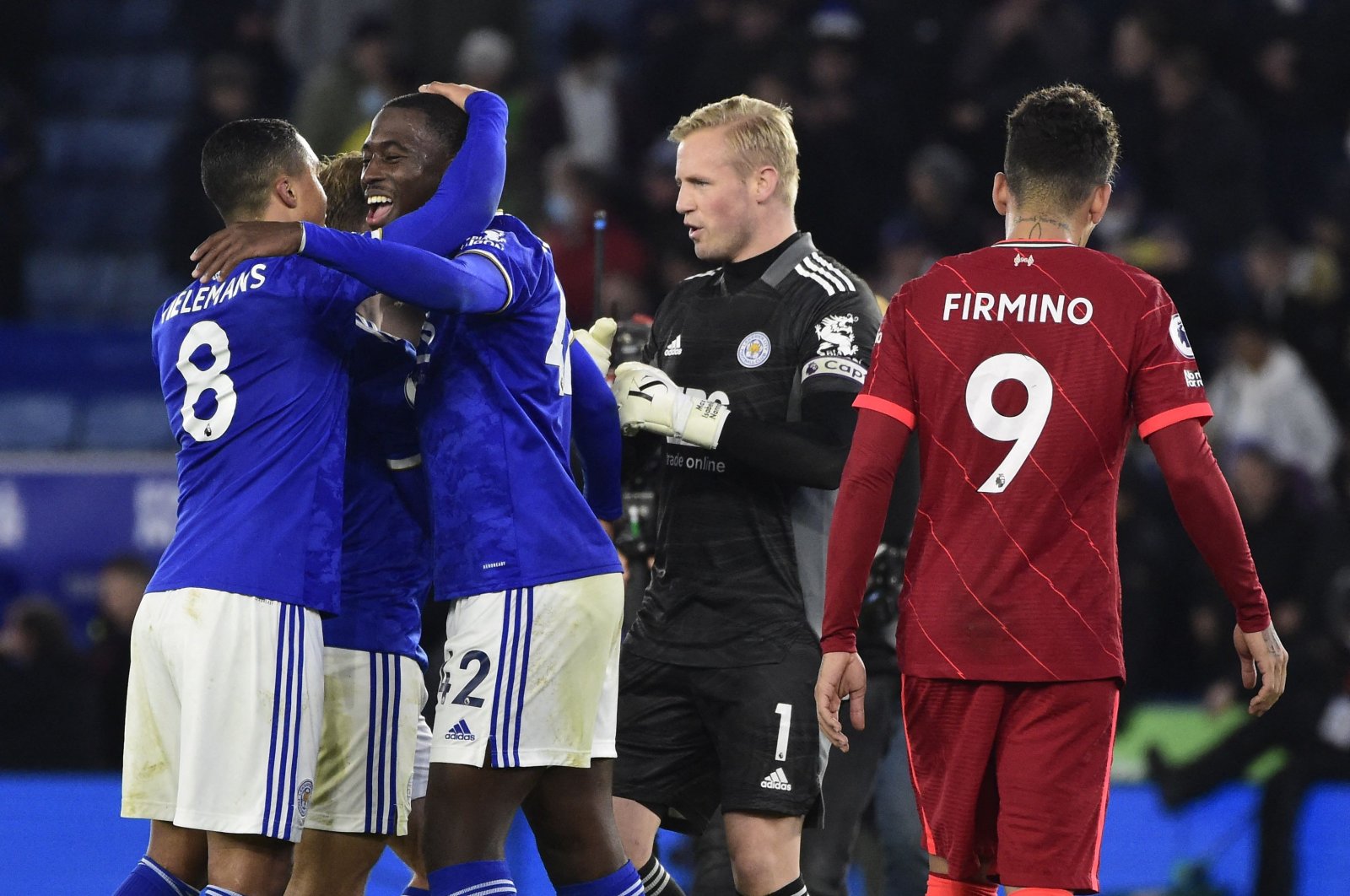 Jurgen Klopp admitted Liverpool had only themselves to blame for the defeat at Leicester following a missed penalty by Mohamed Salah.

Klopp's side saw its 10-match unbeaten run in all competitions ended by Ademola Lookman's second-half strike.

Liverpool trails leader Manchester City by six points, with the champion playing at Brentford on Wednesday.

Beaten for the first time since its 3-2 loss at West Ham in November, second-placed Liverpool paid the price for missed chances.

Crucially, Kasper Schmeichel saved Salah's first-half penalty as Liverpool failed to score in the league for the first time since March.

"We were just not good enough. We still had enough chances. What we did with the ball was just not right. We played a really bad game," Klopp said.

"We should have defended better. We do that usually, why we didn't do it today is hard to explain. There were so many performances below the normal level."

Liverpool's flop against COVID-19 and injury-ravaged Leicester, who was hammered 6-3 by City on Sunday, puts extra pressure on the Reds to take maximum points at title rival Chelsea in their first game of 2022 on Sunday.

"It's a big gap. In this moment it is not my problem. If we play our normal football, Liverpool football, we have the chance to win more games," Klopp said.

"The first thing is not to do it ever again like this. We lost our rhythm and weren't calm enough to get it back. That is our fault."

Leicester boss Brendan Rodgers added: "It's an absolutely heroic performance. An amazing result for us with everything we're going through against one of the best teams in the world."

Liverpool had more rest than Leicester over Christmas after a Leeds COVID-19 outbreak forced the postponement of its game on Sunday.

Back in action only 48 hours after its thrashing at City, Leicester was unable to field a recognized center back for a rematch of the League Cup quarterfinal won by Liverpool on penalties last week.

Salah had a golden opportunity to open the scoring in the 16th minute after his slalom through the Leicester defense was halted by Wilfred Ndidi's trip.

But Salah failed to score a Liverpool penalty for only the third time as Schmeichel saved his unconvincing effort before the Egyptian headed the rebound against the bar.

Schmeichel made a host of fine saves to keep Liverpool at bay, before Sadio Mane was guilty of a shocking miss when he sprinted through the heart of the Leicester defense, only to blaze over.

Klopp held his head in frustration and the German had even more reason to rue Liverpool's profligacy in the 59th minute.

Three minutes after coming off the bench, former Everton forward Lookman took Kiernan Dewsbury-Hall's pass, danced past Joel Matip and forced Van Dijk to back off as he planted a fine finish past Alisson Becker from 10 yards.

Elsewhere on Tuesday, Tottenham was held to a 1-1 draw at 10-man Southampton.

Southampton took a deserved lead in the 25th minute with a stunning strike from James Ward-Prowse.

The game was turned on its head when Mohammed Salisu brought down Son Heung-min in the penalty area shortly before halftime.

Salisu was sent off for a second yellow card and Harry Kane made no mistake from the spot.

In the second half, Kane saw a goal controversially disallowed by the video assistant referee (VAR) for offside.

"Yeah, I think Harry scored twice, one a penalty and then the second goal. I think that I don't want to comment on the referee decision or the VAR decision," new Tottenham manager Antonio Conte said.