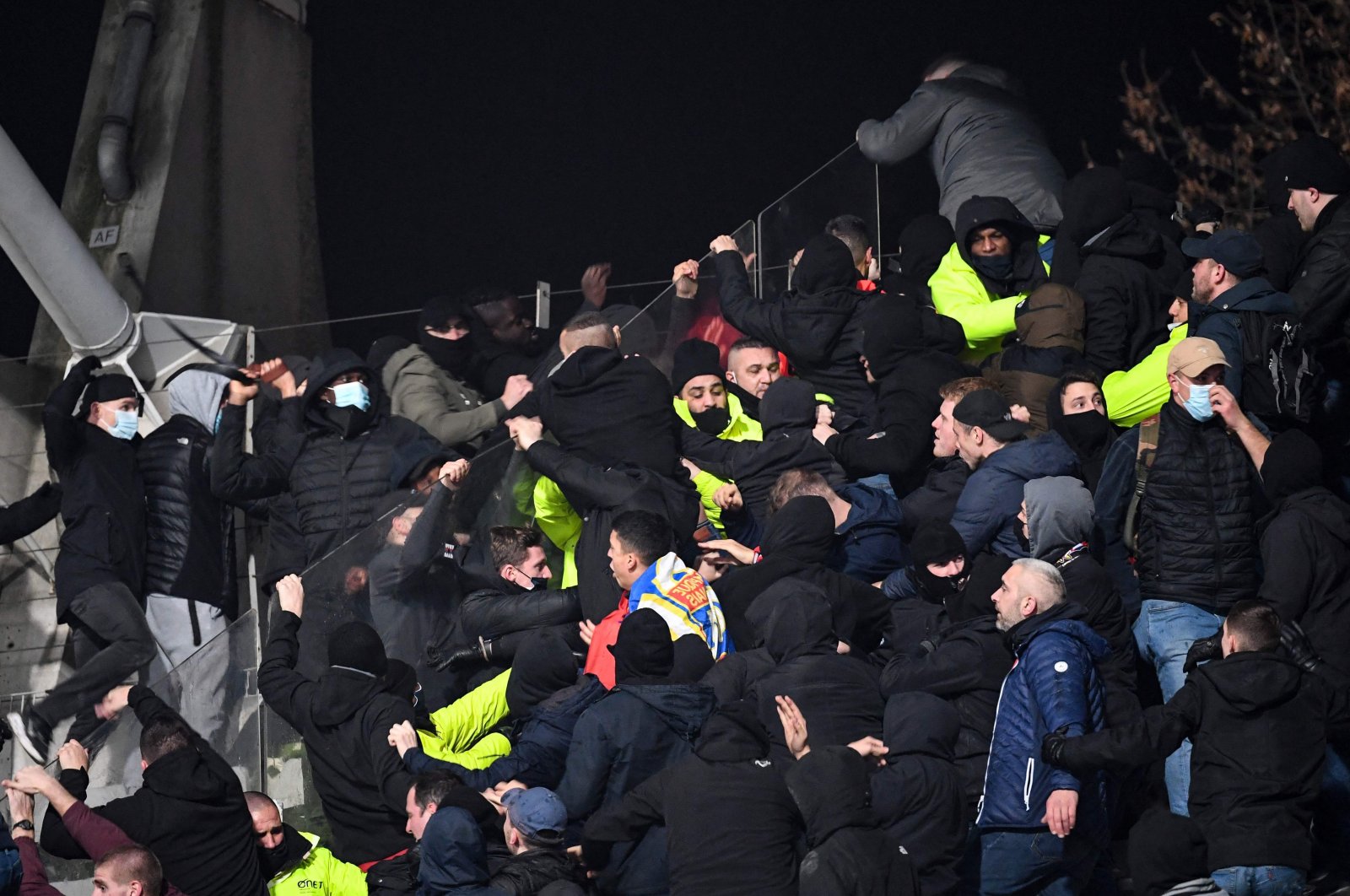 The French Football Federation (FFF) on Monday threw Olympique Lyonnais and Paris FC out of the French Cup after fan violence forced the abandonment of their game earlier this month.

The episode on Dec. 17 in Paris had supporters fighting and some of them coming onto the field to throw flares at each other at halftime when the score was level at 1-1.

It was the latest in a series of incidents that have marred French football this season, leading FFF president Noel Le Graet to say it was "disastrous" and "shameful."

Lyon fans have been barred from attending away matches in domestic competitions for the rest of the season.

Lyon also received a suspended ban from the French Cup for the 2022-23 season with a warning that it will be thrown out again if its fans are guilty of violence which results in the match being stopped.

Lyon was already docked one point in Ligue 1 after its home game against Olympique de Marseille was abandoned last month after Marseille's Dimitri Payet had been hit by a bottle thrown from the stands.

As a result of the FFF's decision, Nice directly advanced to the next round.

Earlier this month, the French government and football authorities announced a series of new measures to tackle fan violence and hooliganism.