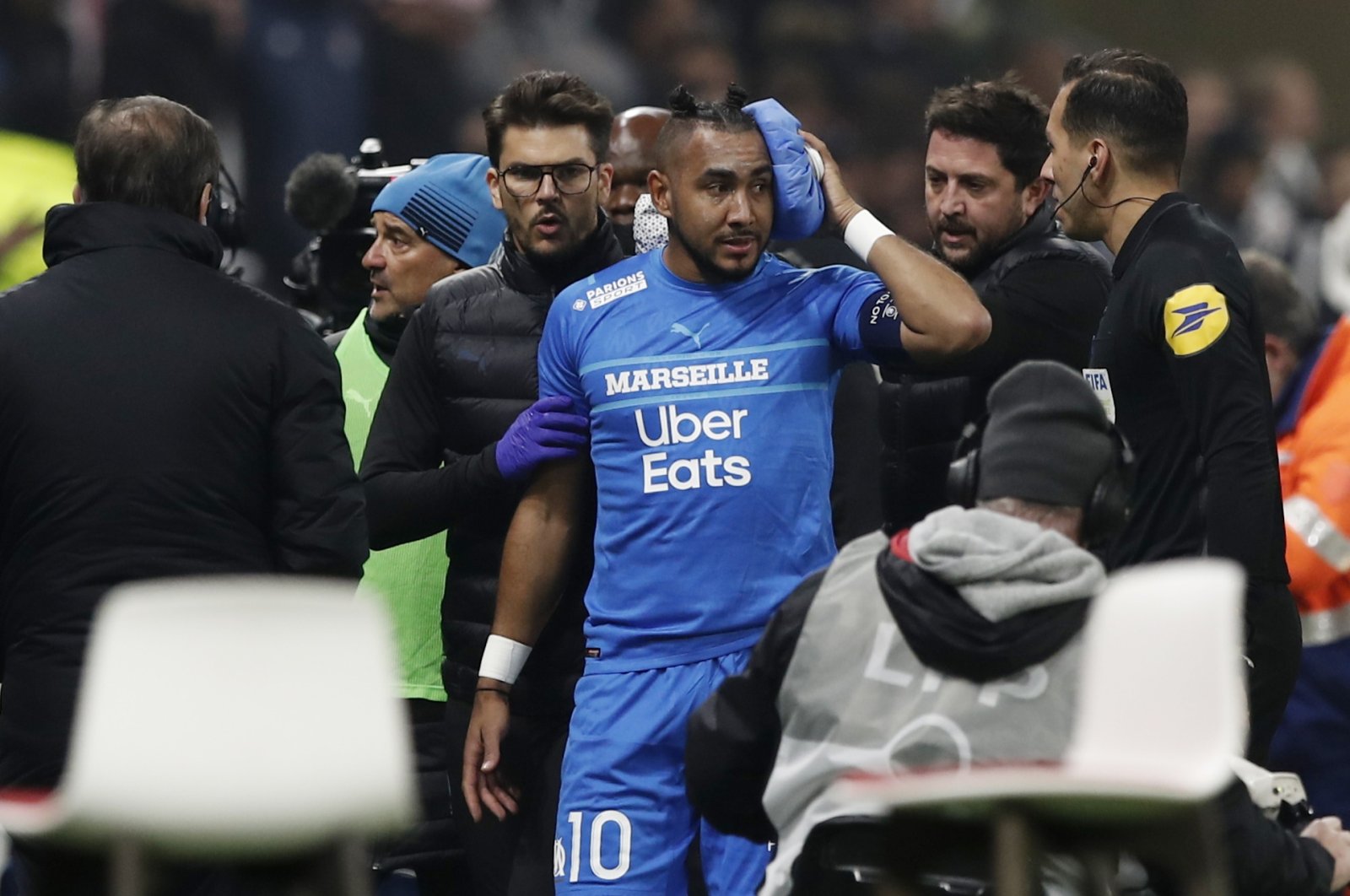 The French government and football authorities have announced a series of new measures to tackle fan violence and hooliganism in football.

Matches will now be called off definitively if a player or official is injured by a projectile thrown from the stands, the government said Thursday.

It was one of a series of measures announced after meetings between Interior Minister Gerald Darmanin and French football chiefs in the wake of a spate of incidents in the French league this season.

The government decided action needed to be taken after a match between Lyon and Marseille on Nov. 21 was brought to a halt when Marseille skipper Dimitri Payet was felled by a plastic bottle.

"If a referee or a player is injured by a projectile thrown from the stands the match will be automatically abandoned," the ministries of the interior, justice and sports said in a joint statement.

The authorities took over two hours to reach a decision to call off the Nov. 21 match – it will be replayed behind closed doors.

The government says that is far too long to deliberate and that decisions – over matches that are halted for other reasons – should be reached in 30 minutes max by a group that does not include the presidents of the football clubs concerned.

The call to prohibit the presidents from the decision-making process comes after Jean-Michel Aulas, Lyon president, received a five-match ban on Wednesday over his behavior regarding whether the Lyon-Marseille match should resume.

"There will be a clear dividing line regarding the competence of the match referee and the police over the stopping of matches," the ministerial statement said.

"A clearly thought out, unified and rapid decision must be reached," it added.

In addition, both the sale of plastic bottles on-site and bringing them into the stadium will be barred "by July 1, 2022, at the latest."

The ministerial troika – Darmanin was assisted by Sports Minister Roxana Maracineanu and Justice Minister Eric Dupond-Moretti – decided that the measures in place to bar supporters from stadiums are effective enough but could be "better applied."

Ligue 1 and tier two clubs must also have security measures in place from the 2022-23 season against projectiles being thrown, which the regional police chief can order them to install for particular matches.

No security net was in place at Lyon's stadium nor at matches involving Marseille at Montpellier and Nice in August, when its players were targeted with projectiles.

Payet for his part had criticized the government and football authorities Wednesday in an op-ed piece published by French daily Le Monde.

"I am surprised that the actors – the government, la Ligue, the clubs – do not assume a little more responsibility," he wrote, calling it "a collective abrogation of duty."