Lyon the team to beat at Women's Champions League finals 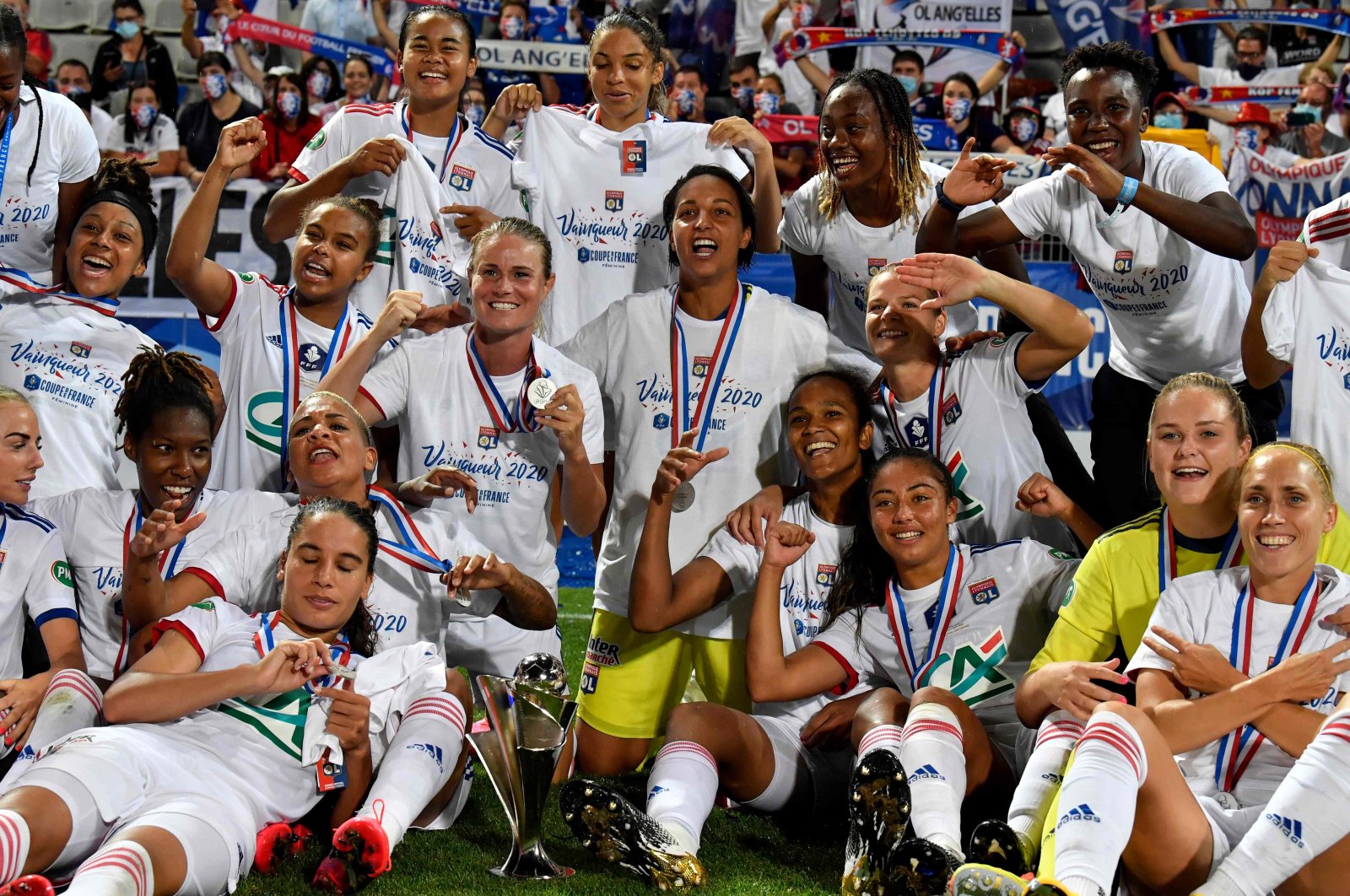 With short-term contracts signed, friendly matches underway and coronavirus testing ongoing, Europe's top teams are ready for the resumption of the Women's Champions League. Defending champion Lyon is seeking its fifth straight title and is the team to beat. Paris Saint-Germain, Arsenal, Barcelona, Wolfsburg, Atletico Madrid, Bayern Munich and Glasgow City are also in the quarterfinals.

The knockout tournament is scheduled to begin Aug. 21 in Bilbao and San Sebastian, in Spain’s northern Basque region where local health officials fear a " second wave ” of the coronavirus is underway. Like the men’s Champions League, the women’s competition won’t be using the format of home-and-away quarterfinals and semifinals. Three wins at neutral stadiums and the trophy is yours. "Everybody knows that in 90 minutes of football, anything can happen,” Krystyna Freda, an American striker on loan to Glasgow from Apollon Ladies club in Cyprus, told The Associated Press.

Glasgow has a tough test against German league champion Wolfsburg. The winner of that match plays either Barcelona or Atletico. The other semifinal will feature the winners of Lyon vs. Bayern and Arsenal vs. PSG. The final is scheduled for Aug. 30 in San Sebastian.

Lyon has won six Champions League trophies and 14 consecutive French league titles. "Who knows if they're beatable, honestly, but it's always interesting when you go to tournaments like this,” Freda said. "You're going to have to play three games in 10 days. It's something out of the normal, so maybe that will throw off certain routines when it comes to those second and third games.” Lyon star Ada Hegerberg is only six months removed from ACL surgery. The 25-year-old Norwegian – already the competition's all-time scoring leader with 53 goals – recently said she's "turned the corner,” but her return is a long shot. Lyon's Shanice van de Sanden told FIFA.com that winning a fifth consecutive Champions League title would "maybe be our biggest achievement,” considering Hegerberg's injury and the knockout format.

Lyon's conquests include big names. Barcelona reached the final last year but lost 4-1 with Hegerberg scoring a hat trick. Wolfsburg has exited the tournament at the hands of Lyon four years running, including twice in the finals. And PSG, often a runner-up in the French league, lost to Lyon in the 2017 final.

Barcelona added high-scoring Jenni Hermoso last summer to pair with Asisat Oshoala in the attack. Lieke Martens, the Dutch star who had been nursing a foot injury from the 2019 World Cup, is available as Barca prepares for first-time quarterfinalist Atletico. "I feel fine,” Martens recently told the club's website. "I'm so happy to start playing again.”

Wolfsburg, which beat Lyon 1-0 in the 2013 final, boasts Denmark attacker Pernille Harder, who led the Bundesliga with 27 goals this season. Meanwhile, PSG has firepower with Marie-Antoinette Katoto, who led the French league with 16 goals, and Kadidiatou Diani. PSG will have to get past Arsenal on Aug. 22 to get another potential crack at Lyon, who are favored against Bayern and 21-year-old Giulia Gwinn, Germany's breakout star of the 2019 Women's World Cup. Arsenal with high-scoring Vivianne Miedema needs to win the tournament to qualify for the 2020-21 Champions League after finishing third domestically.

Only Wolfsburg and Bayern have consistently played competitive matches in recent months, as the German leagues finished their seasons. Women's leagues in Spain and England were curtailed, and all soccer in France was canceled.

The Women's French Cup final, however, took place Aug. 9 when Lyon beat PSG on penalties before 4,500 fans in Auxerre. The Champions League games are scheduled to be played with no fans due to the coronavirus pandemic. Scotland's season was voided after just one round. Freda, the 26-year-old American, said that while Wolfsburg won't have Glasgow game film to study, being in form is a plus for the German team. "That's probably one of the biggest disadvantages for us,” Freda said.

UEFA released a 31-page "return-to-play" protocol for international matches that outlines rules for COVID-19 testing before departure for a host city and a day before games. Players who have had either a coronavirus diagnosis or "any suspicious symptoms or contacts” will be subject to pulmonary function testing and in severe cases, "organ-dependent examinations,” the document states. In the buildup, teams have been testing under national government regulations.

Atletico Madrid reported a positive test on Friday and canceled a friendly match scheduled the next day at Atletico Bilbao. The team did not specify if it was a player, coach or travel staff member. It said the person had mild symptoms and was sent home to quarantine, while everyone else was re-tested at a university clinic in Pamplona. The UEFA protocol recommends players should remain at their hotel as much as possible. "Non-respect of such social norms could have serious consequences for the staging of international matches,” the document said.