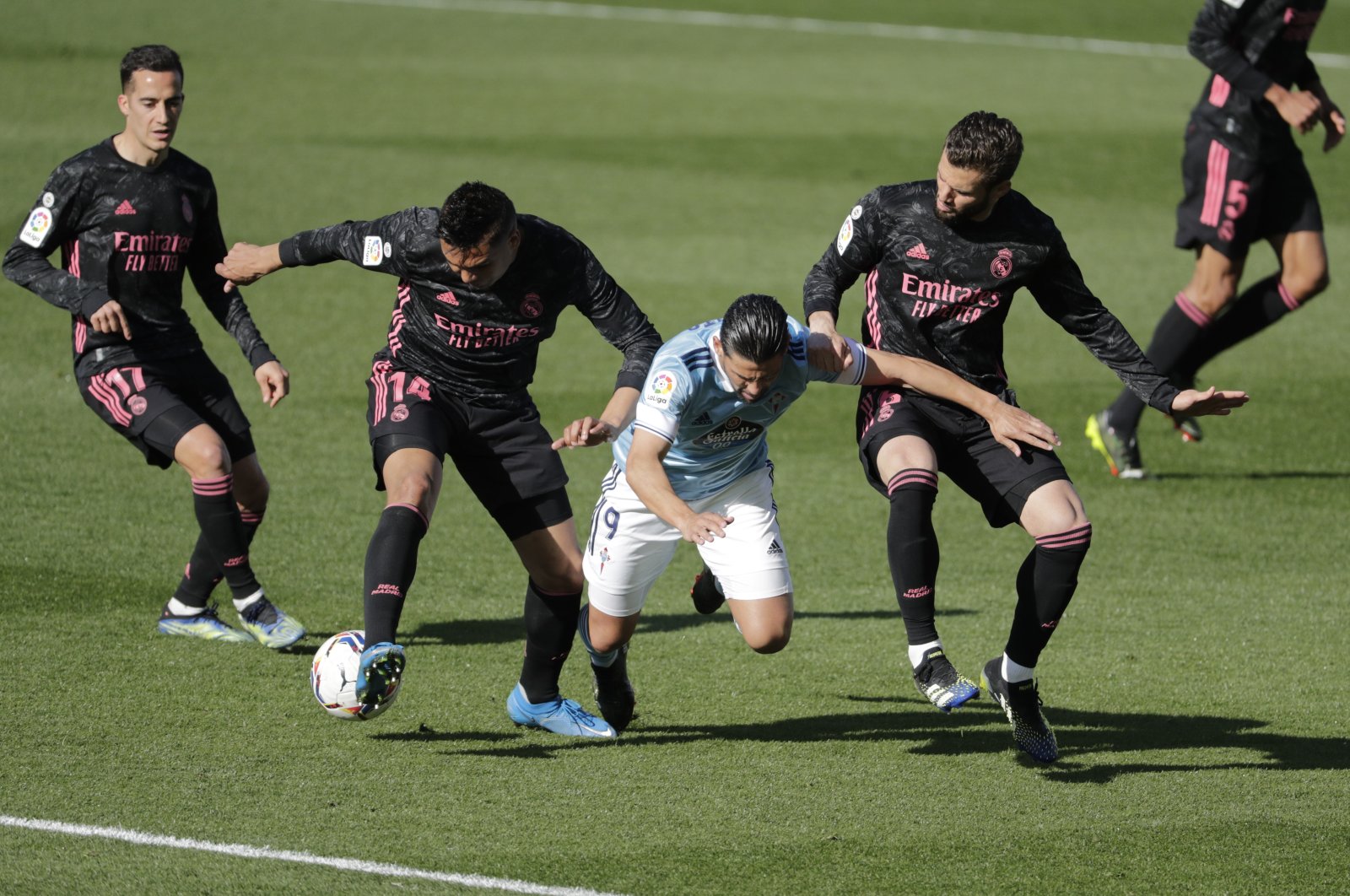 Karim Benzema netted twice to extend his scoring streak as Real Madrid moved second in the Spanish league with a 3-1 win over Celta Vigo on Saturday.

Toni Kroos set up Benzema for both his early goals at Balaídos Stadium.

Kroos slipped a short pass through two defenders to leave Benzema alone to beat goalkeeper Iván Villar in the 20th. The Germany midfielder gave his French striker a second opportunity on the half-hour mark when he stole the ball from Renato Tapia near Celta’s goal.

Celta improved after its shaky start. Striker Santi Mina pulled one back with a header five minutes before halftime. Iago Aspas drew a save from Thibaut Courtois in the 62nd and the striker’s free kick hit the post with eight minutes to play.

Benzema crossed for Marco Asensio to complete the win on the last kick of the match.

Benzema has scored eight goals in a six-match scoring run over all competitions. He scored in Madrid’s 3-1 win over Atalanta on Tuesday to help lead Madrid into the Champions League quarterfinals. He got another brace last weekend to lead a 2-1 comeback victory over Elche.

Madrid moved one point above Barcelona before it plays at Real Sociedad on Sunday.

Leader Atlético Madrid is three points ahead of Madrid before hosting Alavés on Sunday.