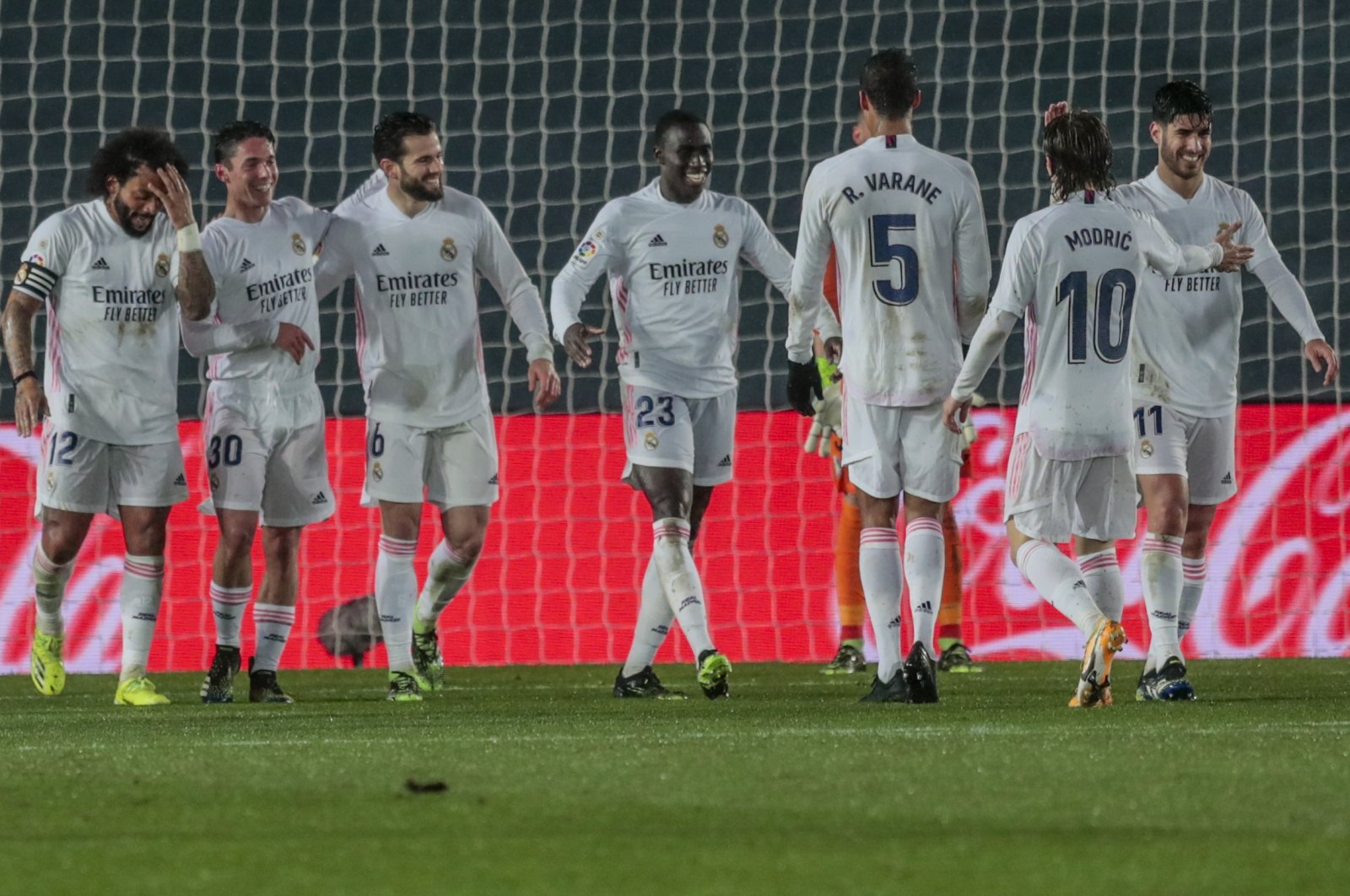 It was an assist by a left back on a goal by another left back that sealed Real Madrid's win in the Spanish league on Tuesday.

Zinedine Zidane's team needed an unusual starting lineup to keep its momentum and cut Atletico Madrid's lead to five points, with Marcelo setting up Ferland Mendy for the team's second goal in a 2-0 win over Getafe.

Karim Benzema had already scored in the second half, and Madrid went on to win for the third time in four games in a match that was postponed from the first round as European competitions finished later than scheduled last season because of the coronavirus pandemic.

With his squad depleted by injuries and suspensions, Zidane was forced to change the team's formation and use some players out of position. Nine players were unavailable for the match at the Alfredo Di Stefano Stadium, including captain Sergio Ramos, Toni Kroos and Eden Hazard.

"It was a different design but it worked out well," Zidane said. "Taking into consideration the players who were not available, we played a good match. I'm happy."

The coach said he didn't have enough time to prepare the team and only went through the new formation with players just before the match.

"The players adapted very well," Zidane said. "We were not used to this new formation but in the end, it worked well."

The victory came a day after Atletico conceded late and stumbled to a 2-2 home draw against Celta Vigo to see its eight-game winning streak end. Madrid, trying to repeat as league champion for the first time since 2007-2008, moved closer to the top but its city rival remained with two games in hand.

"We are playing in our own league, we are in our own path," Benzema said. "Each match is a final for us. We can’t let points slip away, we have to win every match."

Madrid has been recovering from a difficult start to the year, when it endured disappointing results that included an embarrassing Copa del Rey elimination to third-division club Alcoyano.

Fighting wind and rain at the Di Stefano, Madrid controlled possession but struggled to capitalize on its scoring opportunities against Getafe.

Benzema broke the deadlock with a header in the 60th minute after a well-placed cross by Vinicius Junior from the right flank. Benzema, who has 16 goals this season, had already hit the crossbar with a header early in the match.

Mendy added to the lead in the 66th by completing a left-side cross by Marcelo, who was playing in a more advanced position as Zidane lacked other options. Marcelo later was substituted because of an injury.

Young Japan forward Takefusa Kubo, who joined Getafe this season on a loan from Madrid, came into the match early in the second half but couldn’t do much to help his new team.

"It was a terrible match for us,” Getafe midfielder Nemanja Maksimovic said. "We barely got near their goal and they easily threatened us. We need to take a look at what happened and change things."