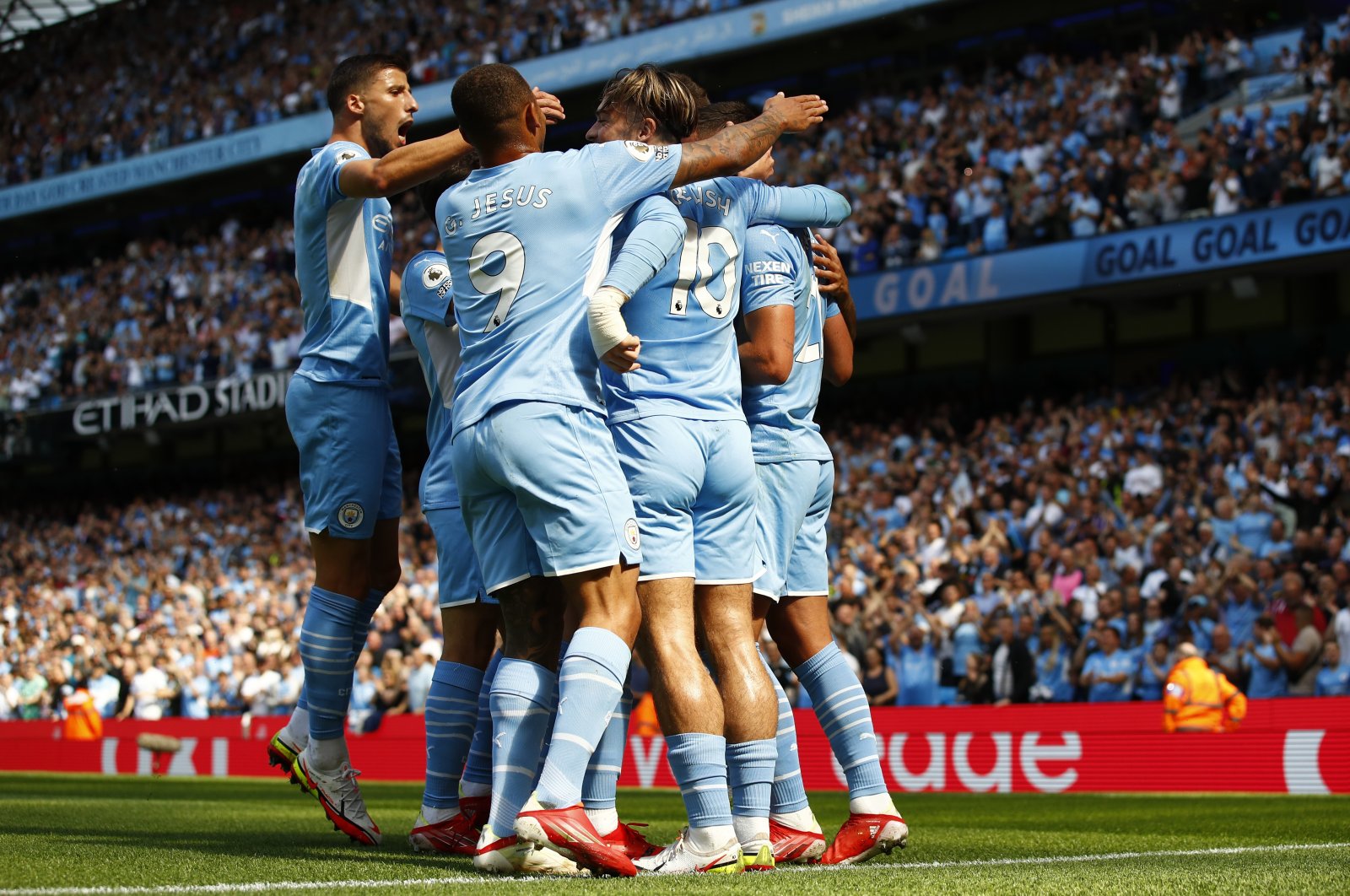 Crestfallen Arsenal players being humiliated in the Premier League has become an all-too-familiar scene in recent years. But it’s never been this bad. Not in the 128 years since the club started playing in the English leagues.

A 5-0 collapse at Manchester City on Saturday left Arsenal with three losses without scoring at the start of the season for the first time in its history.

In the week when the defending Premier League champion missed out on signing not only Harry Kane but also Cristiano Ronaldo, the existing attacking options did the job against a side reduced to 10 men after Granit Xhaka’s first-half sending off.

There were two goals and an assist from Ferran Torres, and goals from Ilkay Gündoğan, Gabriel Jesus and Rodri.

Perhaps it was expected. This was Arsenal’s ninth successive league loss to City, stretching back into Arsene Wenger’s reign.

Unai Emery, and now Mikel Arteta, had been brought in to try to revive Arsenal’s fortunes. But the Gunners look further than ever from getting back into the Champions League, let alone winning the title for the first time since 2004.

Arteta has had 20 months in the job since being hired away from City, where he was Pep Guardiola’s assistant.

Now he has two weeks of the international break to face more questions about his suitability to continue as Arsenal manager.

There was nothing to show for the comfortable opening minutes for Arsenal. It was just like that against Chelsea last Sunday and that ended in a 2-0 defeat.

The opener was conceded even earlier this week, after only six minutes.

Left back Kieran Tierney allowed Gabriel Jesus to beat him far too easily for the high ball. And it was a cross from the striker that Gündoğan headed in at the back post off the cross bar, via a slight touch off goalkeeper Bernd Leno.

Far from showing any spirit of recovery, Arsenal’s performance deteriorated even more.

It was another soft goal conceded in the 12th minute.

City was able to deploy a short free kick routine and had the space for a passing interchange before Bernardo Silva’s high ball into the penalty area evaded the defense and Torres tapped in.

Arsenal was playing to type – even Xhaka was sent off. The fourth red card in his five years at Arsenal was produced after a two-footed lunge on João Cancelo.

What’s worse for Arsenal fans is this calamity was unfolding right in front of the away section. At least they were spared being allowed into the stadium for the pair of defeats at the Etihad Stadium in 2020.

Some Arsenal fans had already started heading to the exit by the time City scored again in the 43rd minute.

Once again Arsenal was sliced through far too easily, this time in a move that started with a ball through the center from goalkeeper Ederson. Torres then played it out to the left wing to Jack Grealish and the 117.5 million euro ($139 million) summer signing drifted in the penalty area. Gabriel Jesus was gifted space and time to cushion the pass and then to tap into the net.

Some of those Arsenal fans seen heading out of their seats early, clearly weren’t just getting in the drinks line. The pockets of empty seats showed some had had enough and left.

No surprise when Arsenal had less than 20% of the time on the ball.

Perhaps the only comfort for Arsenal was that it only conceded twice more in the second half, eight minutes after the break.

Again, City had the freedom of Arsenal territory around the penalty area before Torres teed up Rodri to curl into the bottom corner of the net.

Torres was then on target again in the 85th, getting between the center backs to glance in a header from Riyad Mahrez’s cross.