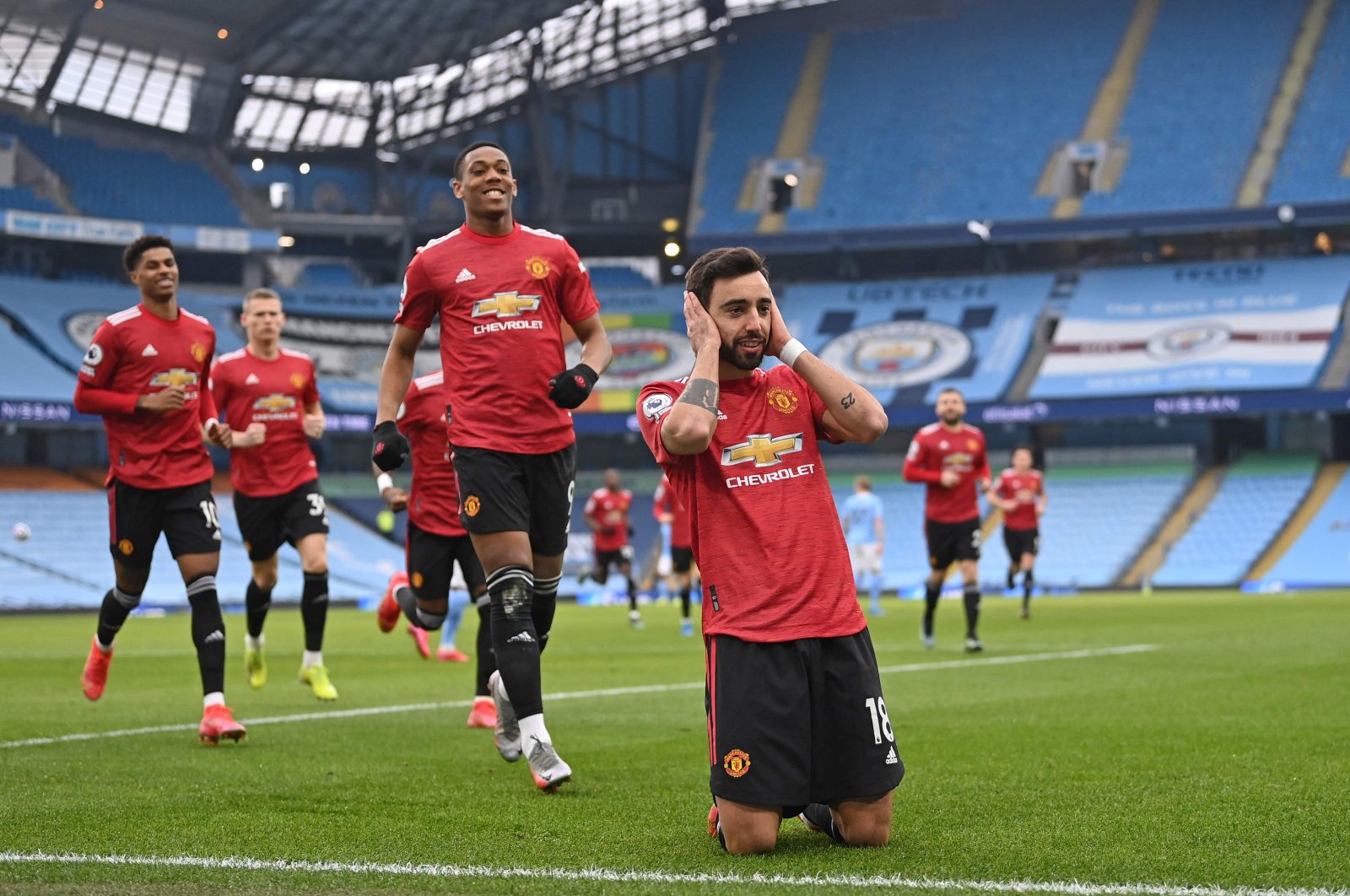 Success for Manchester United these days is being the spoiler as Manchester City goes on to eventually claim the league titles.

A penalty won after 36 seconds was converted by Bruno Fernandes and Luke Shaw netted five minutes into the second half to end City's 21-match winning run in all competitions.

But the complexion of the Premier League has drastically changed since City's last defeat 106 days earlier at Tottenham left the team in 11th place – eight points behind the London club at the top.

Now losing is more a matter of pride and missing out on catching the mark of 27 consecutive wins set by Welsh side The New Saints in 2016. City has not only climbed to the summit but built a lead that meant its second-placed neighbor only trimmed the gap to 11 points with victory at the Etihad Stadium.

With such a commanding lead and only 10 games remaining, United has probably only just delayed the moment City dethrones Liverpool as champion. Just like three years ago when Jose Mourinho's derby win prevented City from sealing the title that April day.

But it's only two months since United harbored ambitions of its own of lifting the trophy – for the first time since 2013 – when it sat in the first place. The title challenge has melted away for Ole Gunnar Solskjaer's side and United will likely be consigned to seeing City crowned champions for the third time since United's name was last etched into the trophy.

But there is no longer a vast gulf when these two sides meet in the Premier League. United has won three of the last derbies and drawn the other.

It's almost a year to the day since United also beat City 2-0 at Old Trafford, the last time they played in a full stadium or any fans were allowed into a Manchester stadium due to the pandemic.