Man Utd, Solskjaer on outside looking in after City loss, Chelsea held 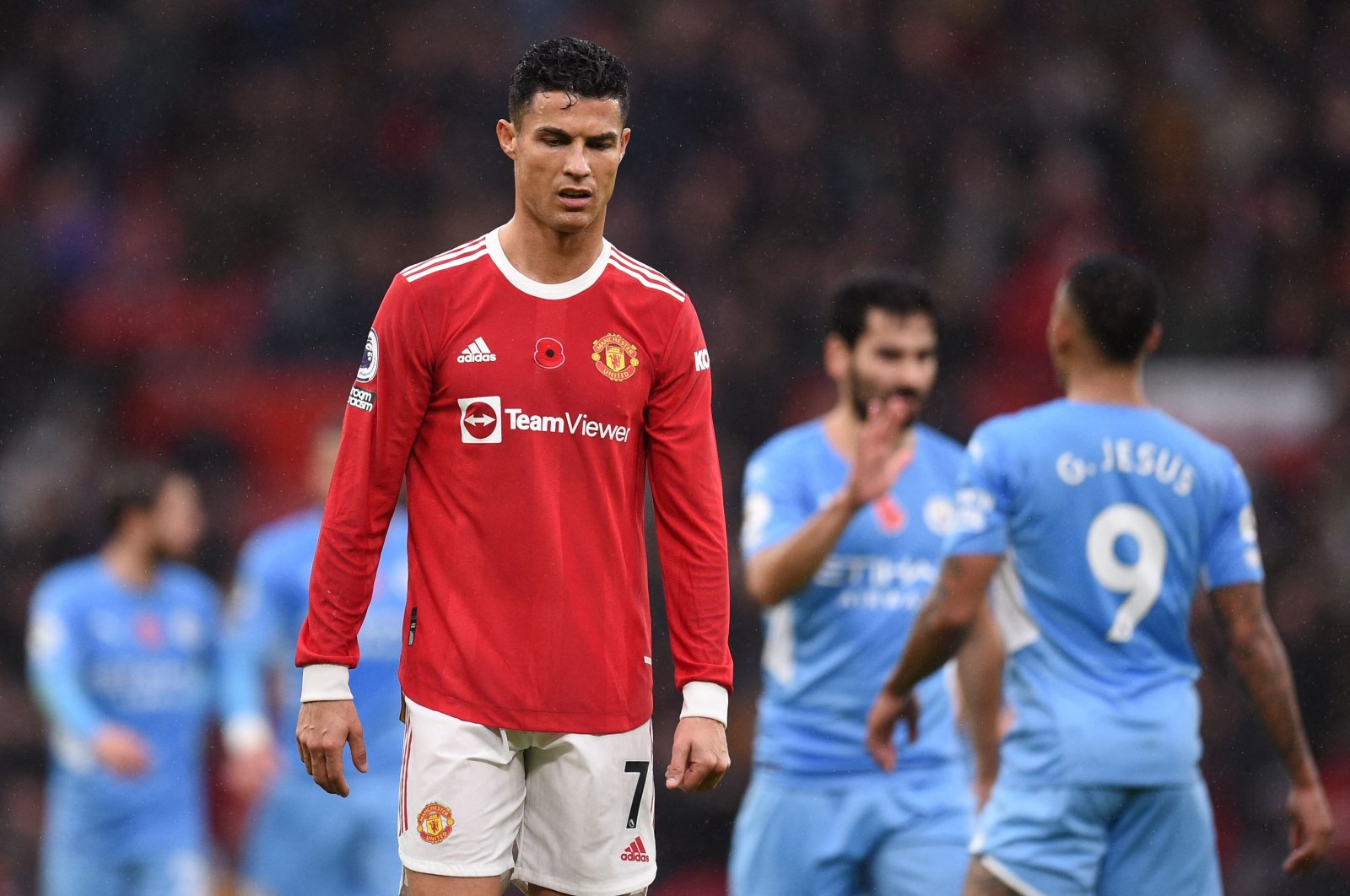 Struggling Manchester United manager Ole Gunnar Solskjaer will find himself under renewed pressure following the home defeat against City, who enjoyed a bonus as league leader Chelsea had to settle for a draw

Manchester United was humbled 2-0 at home by crosstown rival Manchester City, bringing the pressure back on manager Ole Gunnar Solskjaer at Old Trafford on Saturday.

Solskjaer's side never looked like being buried like it was in a 5-0 loss to Liverpool a fortnight ago but the defeat was just as hard to stomach for the home fans, thousands of whom headed for the exits before the end.

A seventh-minute own goal by United defender Eric Bailly gave City a dream start and it doubled its advantage just before halftime when Bernardo Silva poked home from close range.

City won at a canter and enjoyed a bonus as league leader Chelsea was held to a 1-1 draw at home to lowly Burnley.

Chelsea leads the standings with 26 points, three ahead of City, while Liverpool could close to within a point with a win at fourth-placed West Ham United on Sunday.

United's 3-0 win at Tottenham Hotspur last weekend relieved some of the pressure on Solskjaer although it was fortunate to get a 2-2 draw away to Atalanta in midweek courtesy of Cristiano Ronaldo's last-gasp equalizer.

There was no salvation on Saturday though and Solskjaer cut a somber figure in the rain.

"Of course it's very disappointing," Solskjaer said. "It's a big step backwards, it is a way of losing that we don't like.

"When you lose a game against a good team you want to see a better Man United team than that."

Chelsea could hardly believe its misfortune as it dominated Burnley with 25 goal attempts but was robbed of two points, according to manager Thomas Tuchel.

Kai Havertz headed Chelsea in front from a Reece James cross but 18th-placed Burnley leveled late on through Matej Vydra.

"That's why everyone loves the game – a team can steal a point if the other team forgets to score the goals they deserve," said Tuchel, whose side's run of seven successive wins in all competitions came to an end.

Norwich City enjoyed a first league win of the season as it hung on for a 2-1 victory at Brentford but it was not enough to keep coach Daniel Farke in his job.

Hours after the Canaries fans celebrated in west London, news broke that Farke had left the club after four-and-a-half years.

"I know how determined Daniel and his staff were to succeed at this level, but we feel that now is the right time for a change to give ourselves the best opportunity of retaining our Premier League status," Sporting Director Stuart Webber said in a club statement.

Norwich briefly climbed off the bottom of the table but ended the day back in 20th spot as Newcastle United drew 1-1 at Brighton and Hove Albion.

Brighton ended the game with 10 men and center-half Lewis Dunk in goal after keeper Robert Sanchez was sent off for fouling Callum Wilson just outside the area with the striker clear on goal, but Newcastle could not take advantage and is still without a league win after 11 games.

Norwich and Newcastle have five points.

The win lifted Palace into the top half of the table.