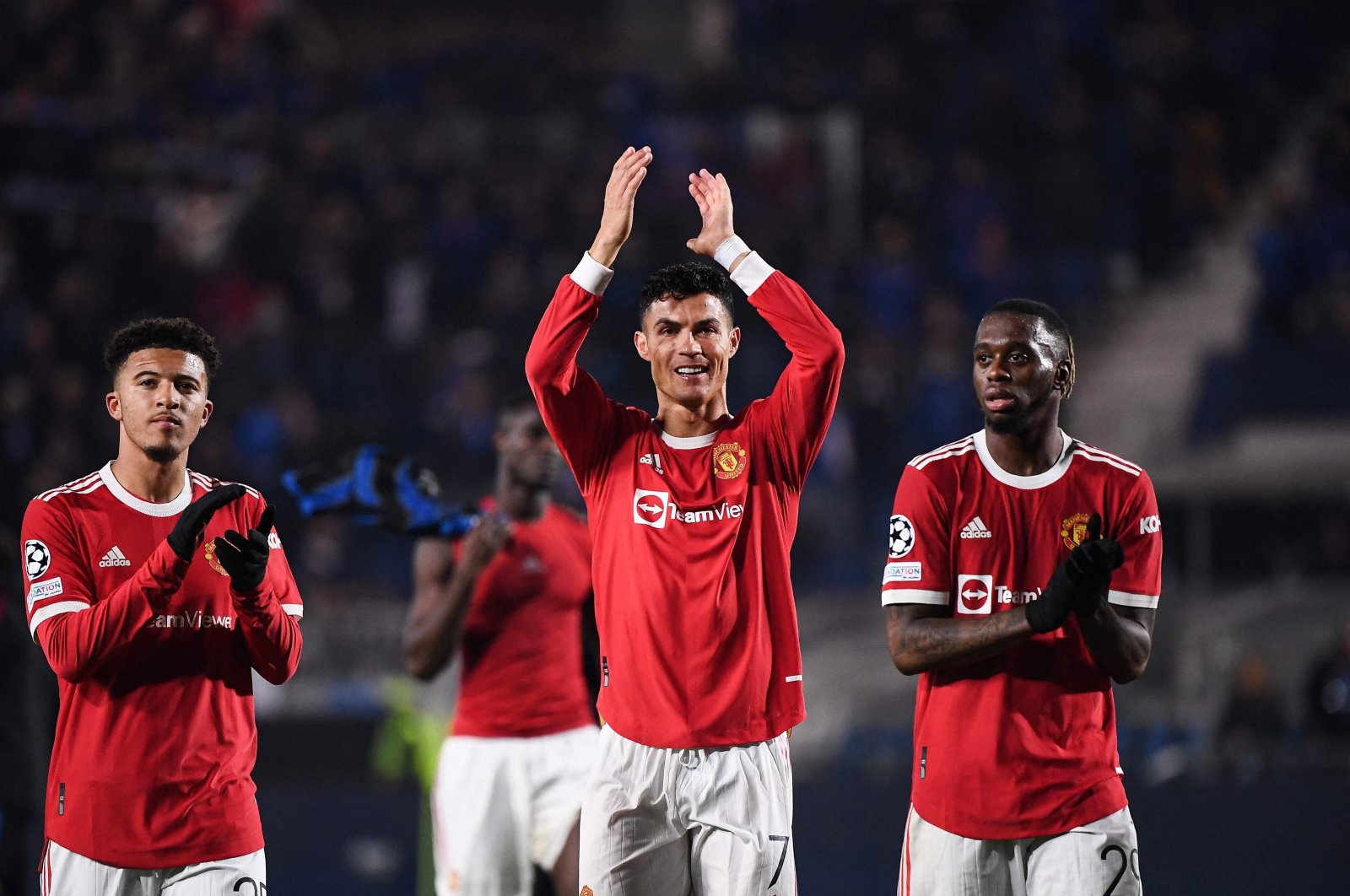 Cristiano Ronaldo came to Manchester United's rescue yet again, as his late strike helped the Red Devils secure a 2-2 draw against a determined Atalanta in the Champions League Tuesday.

Juventus and Bayern Munich, in the meantime, both secured qualification for the last 16 with two group games to spare.

Ronaldo fired in from the edge of the box a minute into injury time to snatch United the draw with Atalanta in Italy and keep them on course to qualify from Group F.

The competition's all-time top scorer had earlier canceled out Josip Ilicic's opener to equalize at the end of a slick team move in first-half stoppage time.

However, having lost Raphael Varane to injury before that, United went behind again in the 56th minute when Duvan Zapata ran through, evading Harry Maguire before slotting in.

The goal was initially disallowed for offside before being given after a VAR review, but Ronaldo thwarted the hosts again with his ninth goal in 11 appearances since returning to Old Trafford and his record-extending 139th goal in the competition.

"We believed until the end. I helped my team get one point," said Ronaldo. "We never give up, it's a good result for us I think."

The 36-year-old also scored an injury-time winner when United came from behind to beat Villarreal 2-1 in September and headed in late on to complete a comeback from 2-0 down to defeat Atalanta 3-2 at home two weeks ago.

Ole Gunnar Solskjaer's side is level on seven points atop the group with Villarreal, who beat Swiss champions Young Boys 2-0 in Spain with Etienne Capoue scoring a first-half opener and then setting up Arnaut Danjuma to clinch the win late on.

Captain Paulo Dybala's brace helped Juventus to a 4-2 win over Zenit St. Petersburg in Turin as the Serie A side kept up its 100% record in Group H to secure a last-16 place.

Dybala's early opener was canceled out when Leonardo Bonucci headed into his own net, but the Argentine international restored Juve's lead just before the hour, netting a penalty that he had initially missed before being granted a retake.

Thomas Tuchel's side, who was again without Romelu Lukaku, need one more point to be certain of advancing.

Robert Lewandowski netted a hat trick as Bayern steamrollered Benfica 5-2 in Germany to make it four wins from four in Group E, securing its progress and leaving the side requiring a single point to clinch first place.

Lewandowski nodded in the opener and then set up Serge Gnabry for a cheeky backheel to make it two.

Morato headed Benfica back into the game and Lewandowski then had a penalty saved right on halftime after a Lucas Verissimo handball.

However, Leroy Sane made it 3-1 just after the restart and Lewandowski added two more delightful finishes on either side of a consolation effort from visiting substitute Darwin Nunez.

It was an eventful night for Lewandowski on his 100th Champions League appearance. He has now scored 81 times in the competition – only Ronaldo and Lionel Messi have scored more.

"I never thought I would have so many games with so many goals," Lewandowski told Amazon.

Meanwhile, managerless Barcelona boosted its qualification hopes, Ansu Fati's goal in Ukraine securing a second straight 1-0 win over Dynamo Kyiv to lift them up to second above Benfica.

Red Bull Salzburg could have sealed progress from Group G but instead, the Austrians went down 2-1 to Wolfsburg in Germany.

Ridle Baku and Lukas Nmecha scored for Wolfsburg either side of a Maximilian Woeber free kick.

Lille and Wolfsburg are now just two points behind group leaders Salzburg after the French side came from behind to win 2-1 at Sevilla.