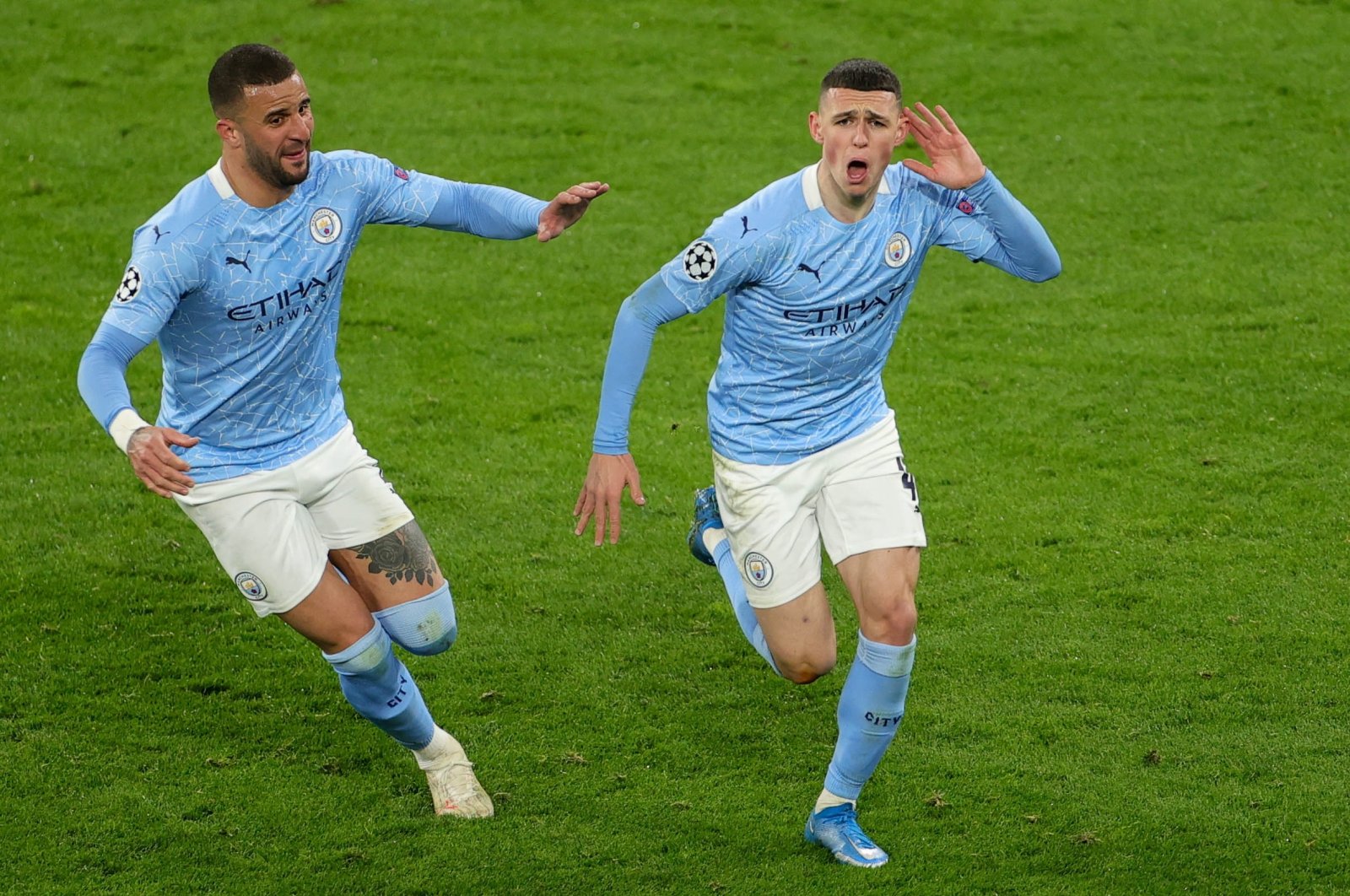 Premier League leader Manchester City overcame its Champions League complex as it reached the semifinals for the first time under manager Pep Guardiola after beating Borussia Dortmund 2-1 on Wednesday.

The English side scored twice in the second half through Riyad Mahrez and Phil Foden to secure its first Champions League semifinals in six years.

Foden, who scored City's winner in its 2-1 first-leg victory, fired in off the post in the 76th minute after Mahrez had converted a 55th-minute penalty awarded for a handball by Emre Can to secure a 4-2 aggregate triumph.

Dortmund had gone ahead when striker Erling Haaland chased down a deep cross, the ball falling to Jude Bellingham and the teenager curling his shot into the top corner in the 15th minute for his first Champions League goal.

City, eliminated in the quarterfinals of the competition in the previous three years, will face Paris Saint-Germain in the semifinals after the French champions knocked out holder Bayern Munich on Tuesday.

City manager Pep Guardiola reached his eighth Champions League semifinal as a coach, equaling Jose Mourinho, and his first with the English club.

The Spaniard had made seven changes from Saturday’s team that lost to Leeds United but it was Dortmund who looked fresher and went ahead through a fine strike by English teenager Bellingham, who scored his first Bundesliga goal at the weekend.

City, faced with a fourth consecutive quarterfinal exit, upped the tempo and Kevin De Bruyne rattled the post with a 25th-minute shot.

Mahrez was denied by Bellingham's clearance as City took control of the game, but the Algerian did better 10 minutes after the restart when he converted his spot-kick.

Dortmund defender Can had also gifted City its opening goal in the first leg with a mistake.

The hosts tried hard to get back into the game and Mats Hummels' 69th-minute header fizzed narrowly over the bar.

The Germans, however, were opening up more as they looked for the winner that would take the game into extra time and City found the space it needed to strike again.

De Bruyne forced a good save from Dortmund keeper Marwin Hitz in the 75th minute before Foden scored with the very next move to settle the tie.

In the other match on the night, Spanish giant Real Madrid secured its return to the Champions League semifinals after a two-season absence by holding Liverpool to a 0-0, protecting a 3-1 advantage from the first leg.

Liverpool created chance after chance but Mohamed Salah, Roberto Firmino and Sadio Mane could find no way past goalkeeper Thibaut Courtois and a makeshift defense that stifled a front three that has endured a season of frustration.

A scene of many memorable European comebacks, Anfield lacked the fans, who have so often inspired Liverpool in similar situations. The only way Liverpool supporters could make their presence felt was outside the stadium with a red haze of flares greeting the teams before the game – and one of the Madrid buses being hit by an object that smashed a window.

But while the record 13-time European champions can look forward to a semifinal against Chelsea, Liverpool's last route to a trophy this season has now been shut off. It's quite a comedown for Jurgen Klopp's side, which won the Champions League in 2019 – after losing the 2018 final to Madrid – and ended a 30-year English championship drought by winning the Premier League by an 18-point margin in 2020.

Now Liverpool is struggling to even make the Champions League places, sitting three points outside the top four with seven games to go.

While Liverpool's season has imploded, reaching the European semifinals is the latest sign of the recovery overseen by Zinedine Zidane at Madrid.

Trailing Atletico Madrid by 10 points in January, Zidane's team is now just a single point behind and the title defense is back on. And the season could yet end with a fourth Champions League title since 2016.