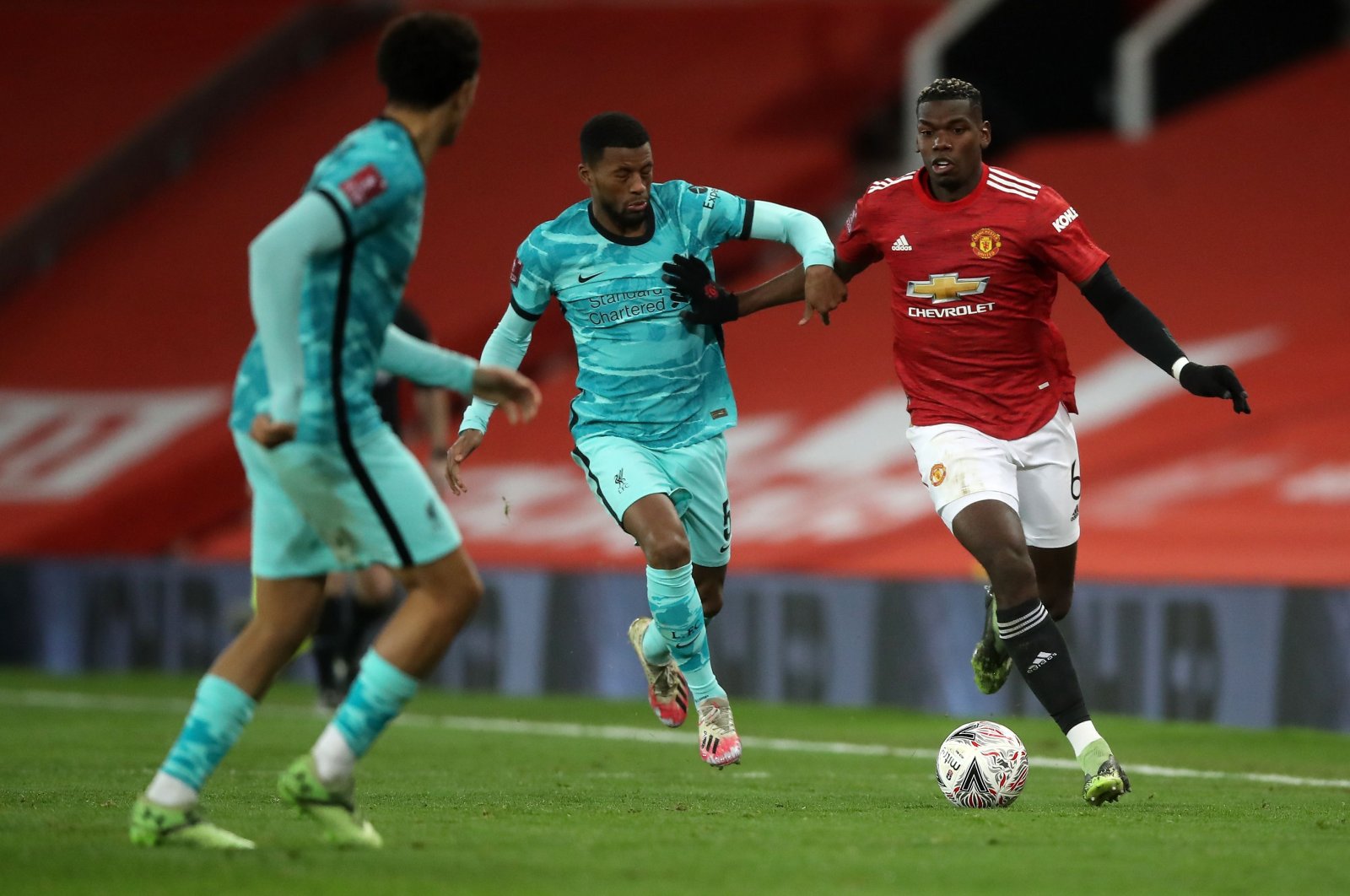 Ole Gunnar Solskjaer has challenged his Manchester United players to show the relentlessness of champions when they welcome bottom-of-the-table Sheffield United to Old Trafford on Wednesday.

United will be confident of extending a 13-game unbeaten league run in the league that has taken them to the top of the table against the Blades, who have won only once in the top flight this season.

However, Solskjaer's men could find themselves knocked down to second by the time they kick-off as Manchester City can go top if they beat second-bottom, West Brom, on Tuesday.

United's fine form continued by knocking Liverpool out of the FA Cup on Sunday, winning a thrilling tie 3-2.

But Solskjaer is wary of his side slipping back into bad habits as they have done previously after good runs in his tenure.

"Now I want to see the reaction, how we can now mentally go again, against Sheffield United. That’s the challenge now," said Solskjaer.

"We have beaten Liverpool, and everyone is elated, very happy and they should be, but tomorrow morning I want to see players thinking about Wednesday night."

United could be without Marcus Rashford, who limped off with a knee injury late on against Liverpool.

But Solskjaer will be able to welcome back Bruno Fernandes to the starting line-up after he came off the bench to score the winner against the English champions at the weekend with a stunning free-kick.

City sits just two points behind United with a game in hand to come after a 10-game winning run that has made Pep Guardiola's men favorites for the title after a slow start to the season.

Guardiola, though, will have to cope without Kevin De Bruyne for at least the next month due to a hamstring injury.

On paper, lowly West Brom should pose little threat to City, but they were the last team to take points off Guardiola's men.

A 1-1 draw at the Etihad in December still was not enough to save Slaven Bilic's job as Baggies boss as he was sacked the next day and replaced by Sam Allardyce.

The former England manager has managed just one win in seven games, but Guardiola warned of Allardyce's ability to spring surprise results.

"Sam Allardyce is a genius to take these teams when everyone believes it's over and get results," said Guardiola on Monday.

"If it happens once, twice or three times, OK you can say it's lucky, but that is not the case because he's done it I don't know how many times."

A draw with West Brom also sparked the collapse of Liverpool's title defense as Jurgen Klopp's men have failed to win in five league games to slip to fourth, six points off the top.

When the Reds hosted Tottenham just over a month ago it was a top-of-the-table clash. Now they meet again locked in a battle just to try and qualify for next season's Champions League.

Spurs are a point behind Liverpool, but have a game in hand and have recovered from their own dip in form to take seven points from the last possible nine.

Leicester sits between the Manchester giants and Liverpool as they aim to recreate their title-winning heroics of 2015/16.

The Foxes travel to another top-four contender Everton, who were the last team to beat Brendan Rodgers' men eight games ago.

Leicester will be without talisman Jamie Vardy for a few weeks after a hernia operation, but Rodgers believes his side can cope without the 34-year-old.

"We have scored 53 goals over the course of the season so far. Jamie has 13 and 40 of our goals have come from other people," said Rodgers.

Despite speculation that Rodgers could be in the frame, Chelsea did not try to poach the Leicester boss as their new manager after sacking Frank Lampard on Monday.

Former Paris Saint-Germain and Borussia Dortmund coach Thomas Tuchel is instead expected to be named Lampard's successor and could even be in place in time for the visit of Wolves on Wednesday.