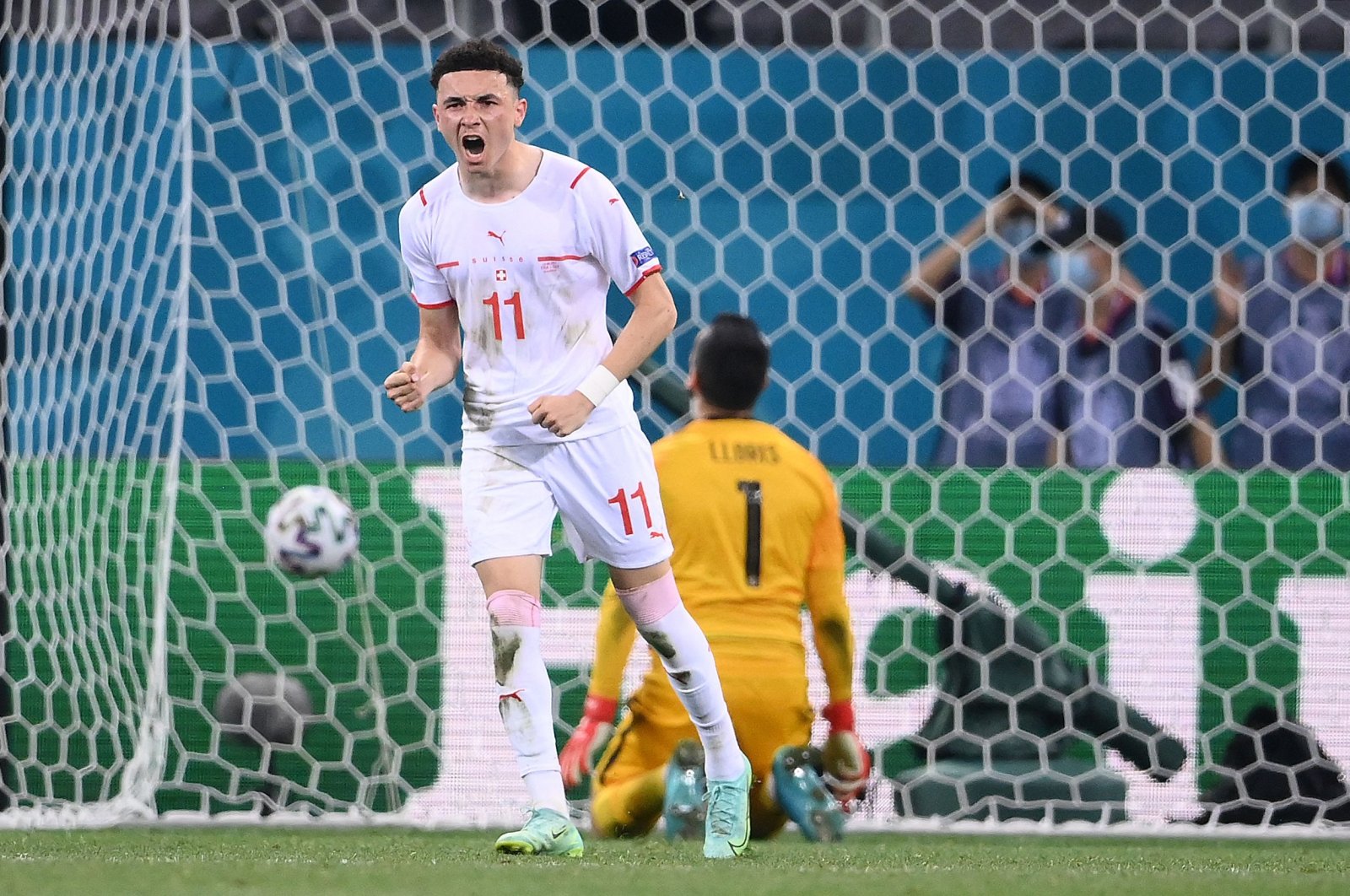 Switzerland earned a first-ever ticket to the European Championship semis as it beat world champions France 5-4 on penalties in the last 16 on Monday.

Kylian Mbappe missed the decisive spot-kick in the shootout following a thrilling 3-3 draw in Bucharest.

Mario Gavranovic equalized in the 90th minute as Switzerland came from two goals down before Yann Sommer saved from Mbappe in the shootout to book Switzerland a quarterfinal clash against Spain.

Haris Seferovic had given Vladimir Petkovic's Switzerland a shock lead on 15 minutes but Ricardo Rodriguez's penalty was brilliantly saved by Hugo Lloris early in the second half.

Karim Benzema recalled to the France squad for the tournament after a five-and-a-half-year international exile, then struck a quick-fire double to put the Euro 2016 finalists back on track.

Paul Pogba's sensational curling effort made it 3-1, but Switzerland forced extra time as Seferovic grabbed his second of the game before Gavranovic leveled in the final minute.

Switzerland converted all five of their penalties before Sommer dived to his right to turn away Mbappe's kick, as the Swiss won a major tournament knockout tie for the first time in 83 years.

France coach Didier Deschamps controversially switched to a 3-4-1-2 formation designed to extract the best from his attacking trio of Benzema, Mbappe and Antoine Griezmann, but it was instead Seferovic who gave the Swiss a surprise lead.

Steven Zuber used the space afforded by Rodriguez's overlapping run, clipping in a left-wing cross that Seferovic headed past Lloris after rising all too easily above Clement Lenglet.

After a dismal first half, in which France failed to test Sommer, Deschamps ditched the experiment of three at the back, hauling off Lenglet and introducing Kingsley Coman while reverting to a more familiar 4-4-2.

But France was indebted to Lloris for sparing them from further trouble after a lung-busting run from Zuber eventually resulted in a penalty for the Swiss when he was brought down by Benjamin Pavard.

Argentine referee Fernando Rapallini immediately pointed to the spot following a VAR review, but Lloris flung himself to his right to claw away Rodriguez's attempt – the seventh missed penalty of 15 taken at the tournament.

The momentum soon swung sharply in France's favor as Benzema, scorer of both goals in the 2-2 draw with Portugal in the group phase, superbly dragged a pass from Mbappe into his stride, lifting over Sommer to level.

The Real Madrid striker headed France in front two minutes later when Griezmann's dinked effort was turned away by Sommer but only to a waiting Benzema who headed in from point-blank range.

Pogba's magnificent 25-yard strike had France on the cusp of the last eight, but Seferovic powered in a terrific delivery from substitute Kevin Mbabu with nine minutes left to give the Swiss hope.

Gavranovic then had a goal ruled out for offside, but there was no doubting his last-minute equalizer as he skipped past Presnel Kimpembe and drove low beyond Lloris.

Remarkably, Coman nearly won the game with the final kick, rattling the crossbar right at the end of injury time.

An ailing Benzema was withdrawn at the start of extra time for Olivier Giroud, moments before Sommer tipped over superbly to deny Pavard.

Pogba released Mbappe with a piercing pass through the Swiss defense but the Paris Saint-Germain forward sliced wide, with Sommer flying to his right to grasp Giroud's header before his penalty heroics.