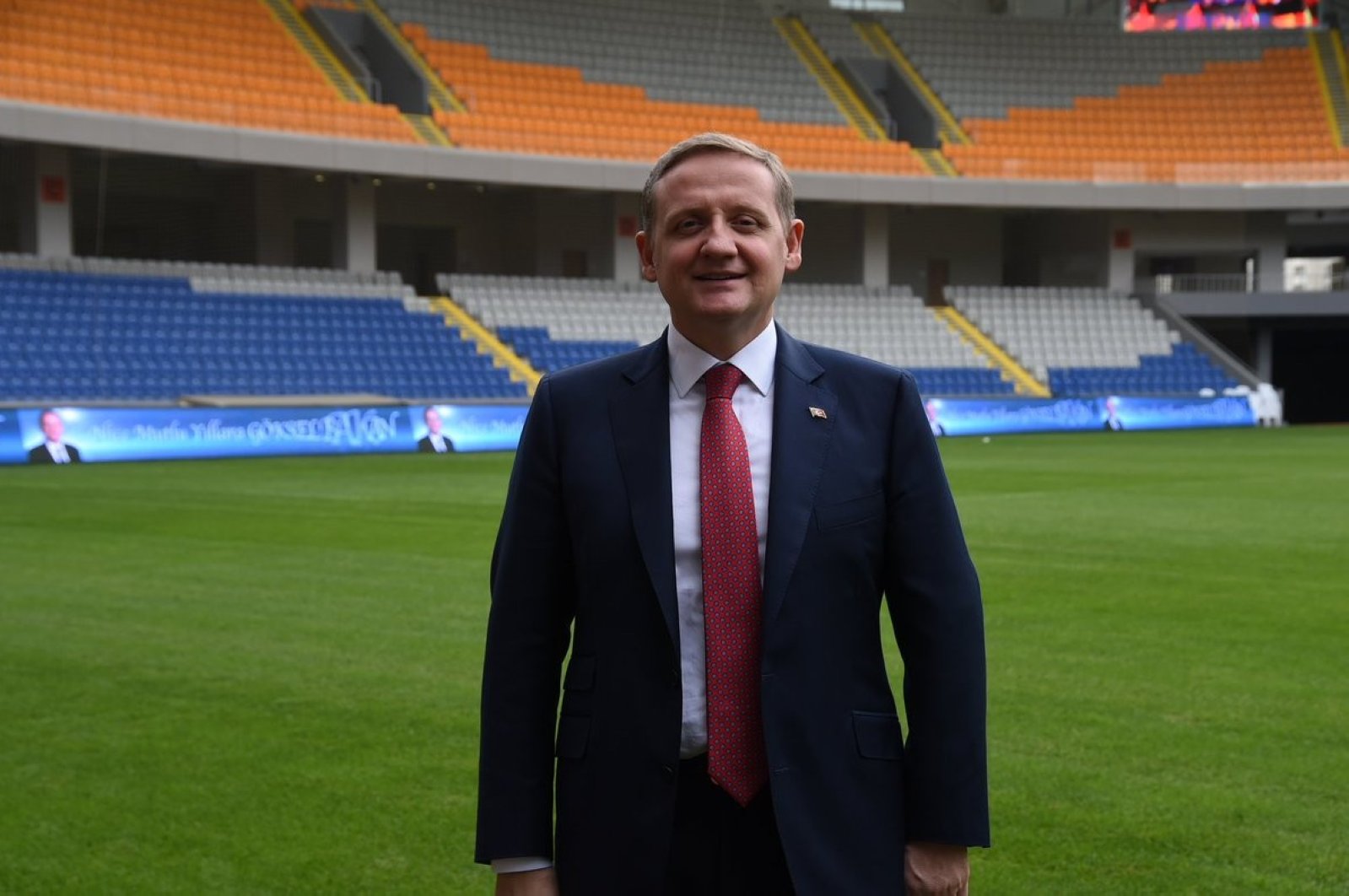 Göksel Gümüşdağ is seen in a stadium in Istanbul, Turkey in this undated photo. (İHA Photo)
by Anadolu Agency Apr 13, 2020 2:42 pm

Turkish Süper Lig club Medipol Başakşehir's chairman, Göksel Gümüşdağ, has recovered from COVID-19, the club announced Monday. He was discharged from the hospital after a 21-day treatment.

Gümüşdağ, 47, thanked President Recep Tayyip Erdoğan, Health Minister Fahrettin Koca and others who supported him during the quarantine period.

Several prominent figures of the Turkish football world were hospitalized earlier for the coronavirus, from Galatasaray Vice-Chairman Abdürrahim Albayrak and Galatasaray coach Fatih Terim, as well as legendary goalkeeper Rüştü Reçber. All were discharged from hospitals after their treatment and remained in self-isolation at home before their full recovery.