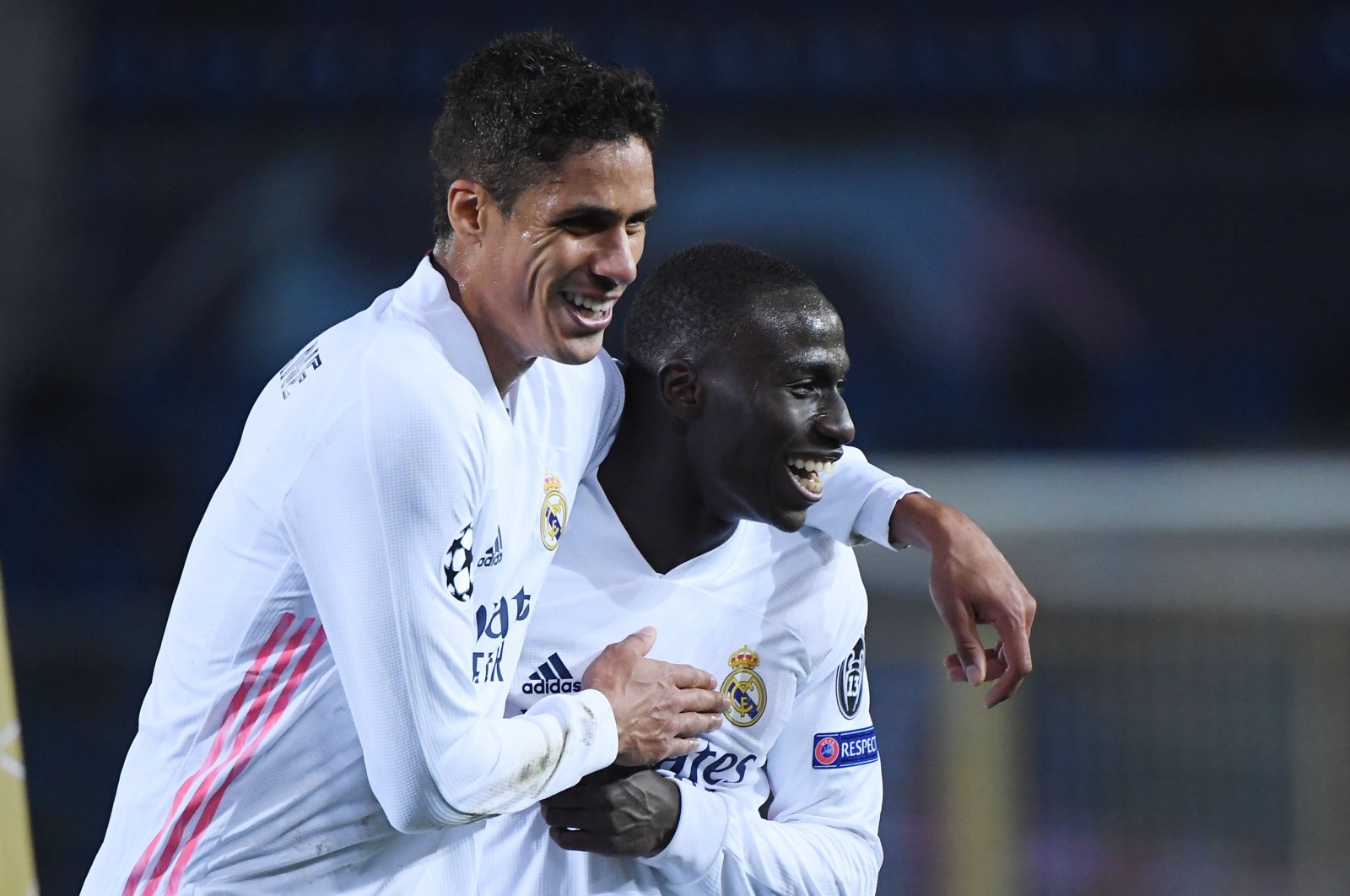 Real's task appeared to have been made much easier after Atalanta's Remo Freuler was sent off in the 17th minute for denying Mendy a goal-scoring opportunity.

Against the 10 men, however, Zinedine Zidane's side, which was missing several high-profile players through injury, struggled to break down the hosts, and Real had only one shot on target in the rest of the first half.

Atalanta continued to defend doggedly after the interval, but Mendy's superb strike in the 86th minute gave the Spanish side a slender lead to take into the second leg.

Bernardo Silva scored once and set up another as Manchester City eased to a 2-0 victory over Borussia Moenchengladbach in its Champions League last-16 first leg match, extending its winning run to 19 games in all competitions.

City, who is unbeaten in the last 26 matches, has a huge advantage for the March 16 return leg in Manchester after Silva headed in a pinpoint Joao Cancelo cross in the 29th minute to put them in front.

The Portuguese midfielder then headed on another Cancelo cross in the 65th minute for Gabriel Jesus to stab in.

Striker Sergio Aguero came on as a substitute after a long absence from Pep Guardiola's team, who has won its last 12 away games in all competitions, setting a new record for an English top-flight side.

The first leg was played in the Hungarian capital due to COVID-19 travel restrictions in Germany and City quickly took control of the game, circulating the ball well and looking for openings in the Gladbach defense.

Phil Foden tested keeper Yann Sommer with a crisp shot in the sixth minute but City did not have a clear scoring chance despite controlling possession until Silva's header.

Jesus should have done much better when he benefited from a Gladbach backpass early in the first half but with only Sommer to beat he hesitated and lost possession.

The Brazilian made amends minutes later, tapping in a Silva header from yet another superb Cancelo cross.

Gladbach, who only had one attempt on target in the entire game, had its best chance through Alassane Plea's spectacular back flick-volley just past the hour but was otherwise boxed in its own half.

The Germans have now lost three of its last four games in all competitions and while City is on the cusp of a fourth straight quarterfinal spot, the Germans have a mountain to climb in the return leg.