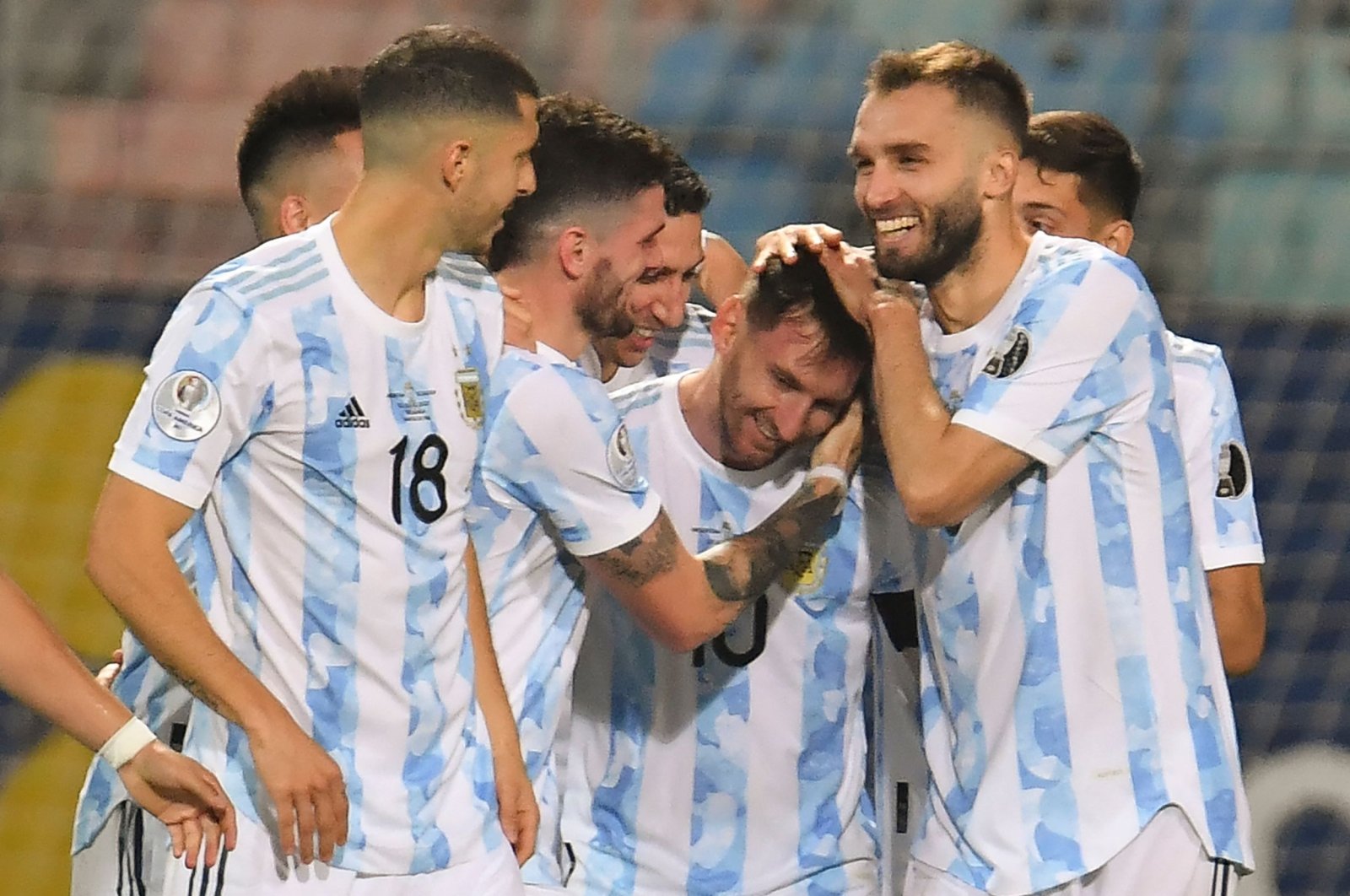 Lionel Messi produced yet another magical performance, scoring a free kick and serving up two assists, as Argentina beat Ecuador 3-0 to setup a Copa America semifinal meeting against Colombia.

Messi missed a golden chance in the first half but set up Rodrigo De Paul five minutes before half-time and then did the same for Lautaro Martinez five minutes from the end to give Argentina a deserved victory.

The Barcelona player then got his second free kick off the tournament in stoppage time to round out a scoreline that was more convincing than the performance.

It was his 76th goal for Argentina, taking him to within one of Pele's South American record.

"I've always said that individual prizes are secondary, we're here for something else," Messi said. "We have an objective and we're focused on that."

"It was a hard match, we know how difficult an opponent they can be. The important thing is we've taken another step forward."

Argentina were unbeaten in 17 games coming into the game and they should have put the result beyond doubt earlier than they did.

Martinez and German Pezzella both came close in the opening 20 minutes and Hernan Galindez made one superb double save from Nicolas Gonzalez with the score at 1-0.

More surprisingly, Messi missed the best chance of the game when he was through on the keeper but saw his shot come back off the post.

However, the diminutive striker made up for it five minutes before half-time when, with the Ecuadoran goalkeeper stranded after making a tackle outside the box, he fed De Paul, who stroked the ball into the net for his first international goal in 25 appearances.

Messi then set up Martinez to finish clinically five minutes from the end, before stepping up himself to curl home a free kick in stoppage time, after Piero Hincapie hauled down Angel Di Maria and was shown a red card.

Underdogs Ecuador came into the match without a win in their last six games but they had chances to score against a team seeking their first Copa America triumph since 1993.

Enner Valencia in particular will be angry at himself for sending two glancing headers wide from close in during the first 45 minutes.

The result means Argentina will face Colombia, who overcame Uruguay on penalties earlier in the day, in the second Copa America semifinal on Tuesday.

Brazil play Peru in the first semifinal 24 hours before.