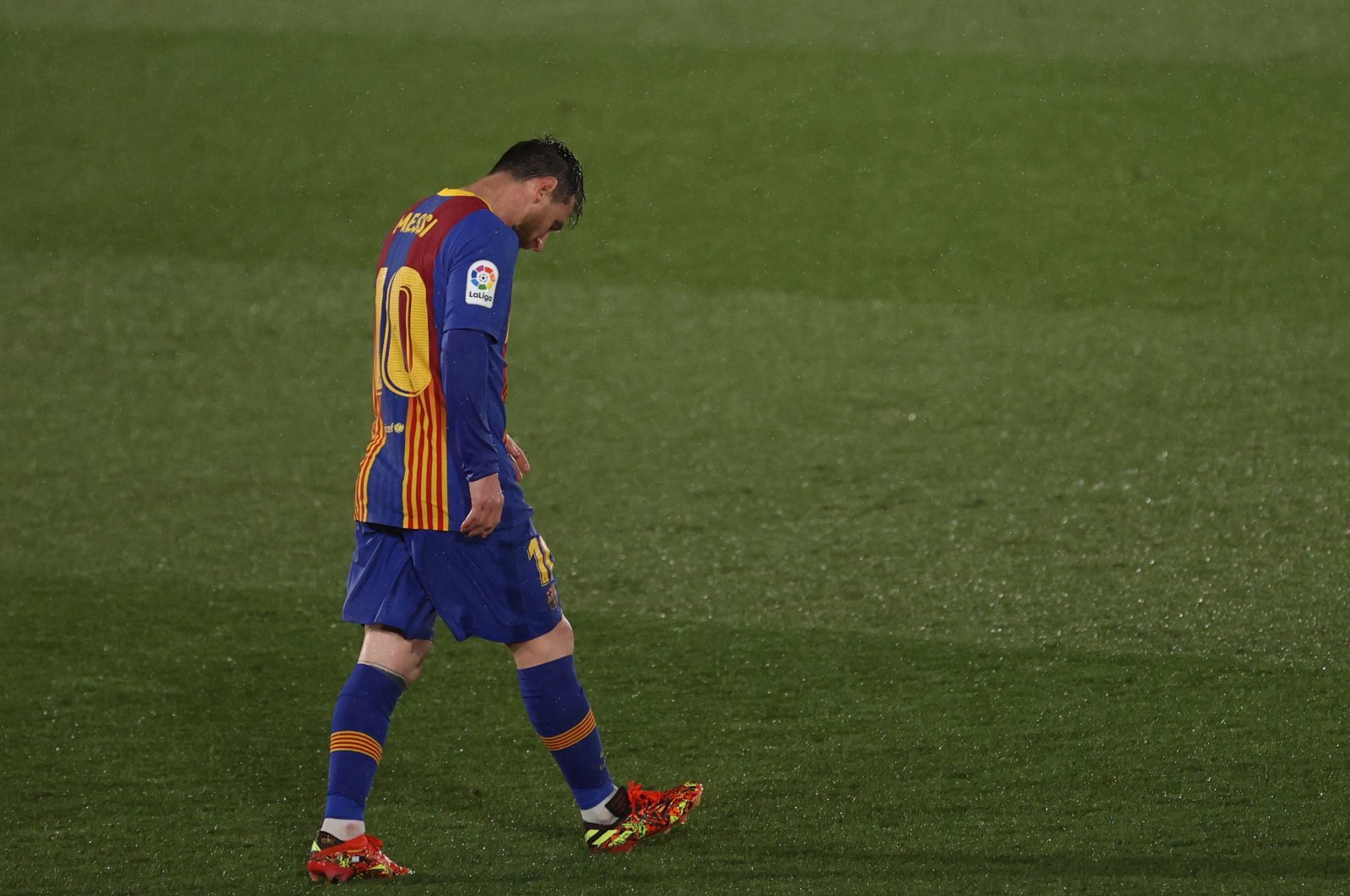 The expectation, however, is that the 34-year-old Messi, who is playing with Argentina at the Copa America, will stay at the Catalan club. He reportedly had been close to reaching a deal to extend his contract for two more years.

Messi’s future has been a mystery since he had his request to leave the club denied at the end of the 2019-20 season. He ended up staying and said he would reconsider his options when this season was over.

A lot has changed since he announced he wanted to leave the club. That decision was made not long after the team’s embarrassing 8-2 loss to Bayern Munich in the quarterfinals of the Champions League, one of the worst defeats in the club’s and Mess's history. But since then, Barcelona has a new coach in Ronald Koeman and a new president after the resignation of Josep Bartomeu, who was at odds with Messi.

In came Joan Laporta, who won the club’s presidential election in part because of his good relationship with the Argentina star. He was the president when Messi's career started. Laporta said recently he was optimistic that Messi would renew his contract. When asked about Messi's future Wednesday, he briefly said “don't worry.”

Messi excelled again this season despite staying against his wishes. He led the Spanish league in scoring 30 goals and helped the team win the Copa del Rey title.

Playing in Barcelona’s favor to keep Messi is the fact the club has been slowly improving financially amid the coronavirus pandemic. Koeman is staying for a second season, and some players are arriving to boost the squad, including Memphis Depay, Sergio Aguero and Eric Garcia.

While with the club, Messi earned himself a record six Ballon d’Or awards. He is the team’s all-time leading scorer with 672 goals in 778 appearances, and the top scorer in the Spanish league with 474 goals in 520 matches. He also is the player with the most matches with the club.

Messi arrived at Barcelona at age 13, when he and his family came to Spain to try his luck at the club's youth academy. He made his official debut on Oct. 16, 2004, and two years later helped the club win its first Champions League in a squad led by Ronaldinho.