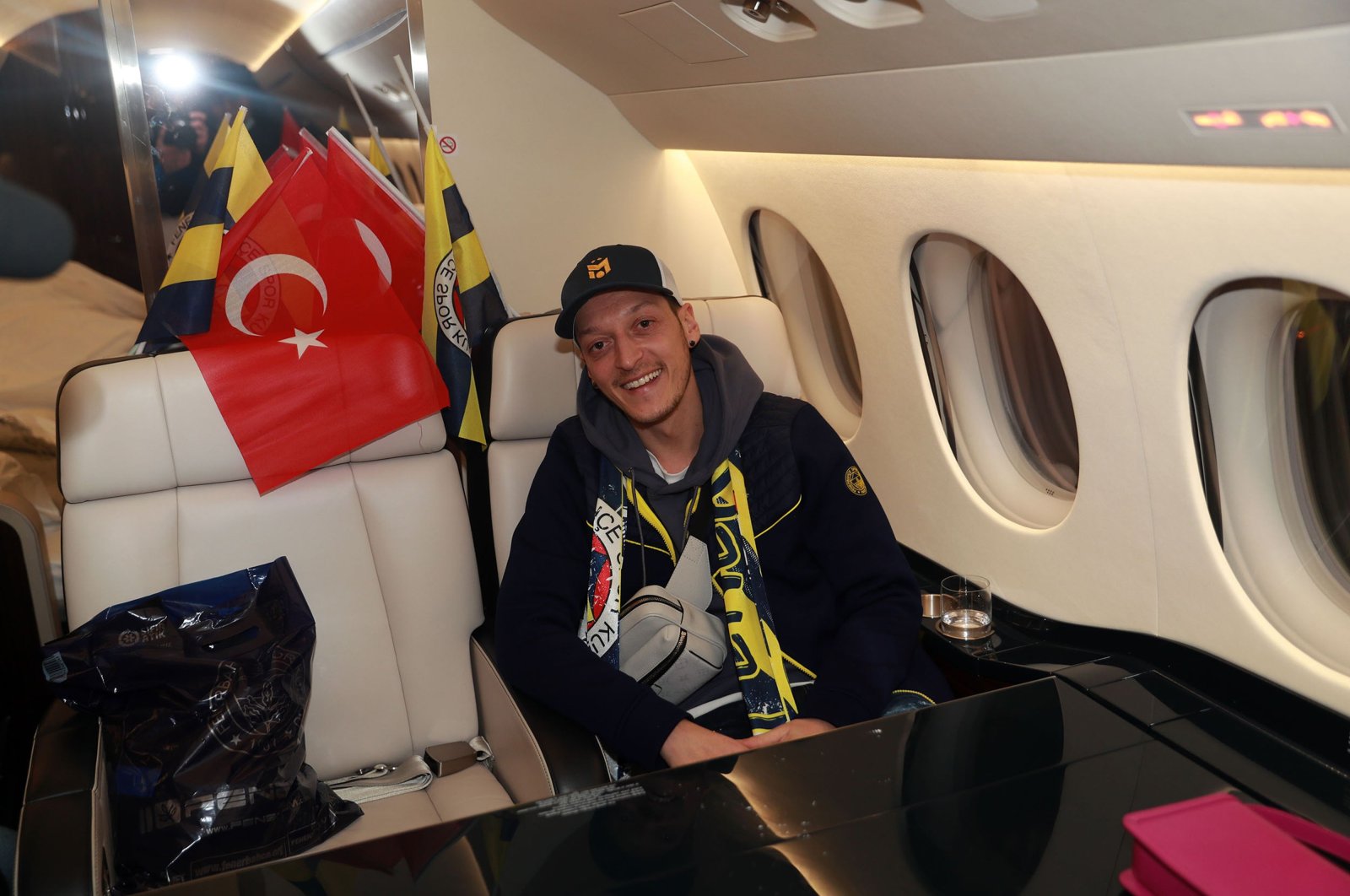 The club also confirmed it has signed a 3 1/2-year deal with the German player of Turkish descent.

According to a statement, Fenerbahçe and Arsenal reached an agreement on Mesut Özil's move to Istanbul. "The transfer of professional footballer Mesut Özil has been agreed on with Arsenal FC, and agreement in principle has also been reached with the player," the statement added.

The former Germany midfielder hasn't played for Arsenal since March after falling out of favor with manager Mikel Arteta reportedly over concerns about the player's work rate.

The 32-year-old wasn't even included in Arsenal's Premier League squad for the season, despite being one of the highest earners, and has been ostentatiously tweeting his support for the team from home during matches.

Özil became ostracized by Arsenal just after Arteta was hired as manager in December 2019. The club distanced itself from Özil, who stood up for Muslims in the Xinjiang province of China, condemning the country's detention of more than 1 million Uighurs and other minorities in so-called reeducation camps.

Özil's criticism of China led to Arsenal's match being pulled from Chinese television. The Chinese government accused Özil of being "blinded and misled" and Arsenal said "the content he expressed is entirely Özil's personal opinion" and stressed it was not getting involved as a club.

"I'd like to thank the club for this amazing journey over the past seven-and-a-half years," Özil said after his move to Istanbul was confirmed.

"The support I have felt from the team and fans during my time here has been truly incredible and something I will always be grateful for."

"Mesut was at the heart of many great moments for this club over the years, including those three FA Cup final wins," Arteta said in a statement.

"These successes will always be part of our history. We thank Mesut and wish him all the best with Fenerbahçe."

Signed in 2013 for a then-club record fee of about 42 million pounds ($57.47 million) from Real Madrid, Özil played a crucial role under Arsene Wenger in ending Arsenal's trophy drought, winning the FA Cup in his first season.