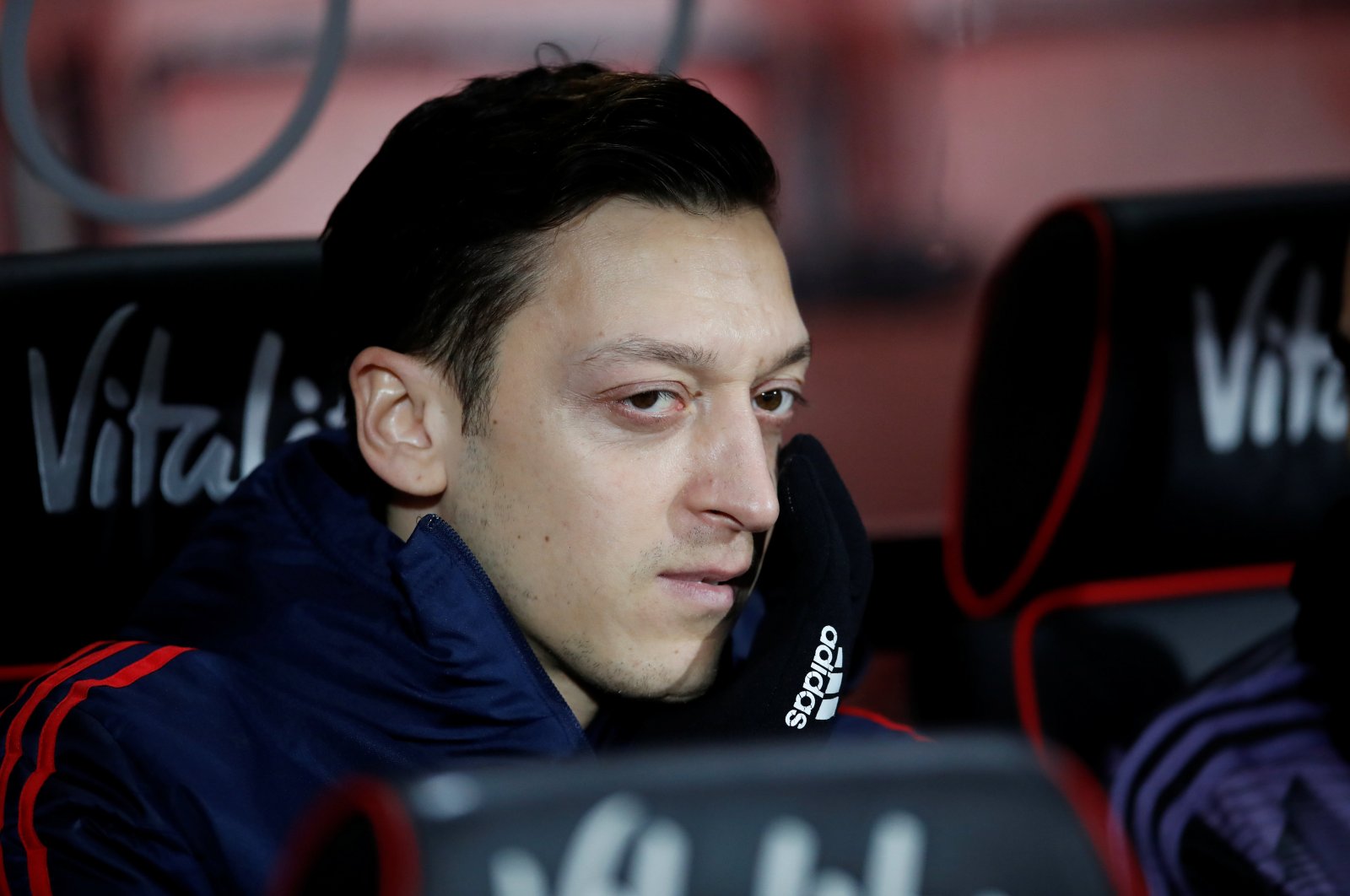 Arsenal midfielder Mesut Özil sits on the substitutes bench before the FA Cup Fourth Round football match between Bournemouth and Arsenal at the Vitality Stadium in Bournemouth, England, Jan. 27, 2020. (Reuters Photo)
by ASSOCIATED PRESS Oct 22, 2020 8:42 am
RECOMMENDED

Mesut Özil expressed his unhappiness at being left out of Arsenal's Premier League squad for this season, saying Wednesday his loyalty to the club has not been reciprocated.

The 32-year-old Özil, who is the highest-paid player in Arsenal’s history, has not played a single minute for the team since March 7 and was also recently omitted from its squad list for the Europa League group stage.

The former Germany playmaker published a statement on his social media accounts, saying he was “really deeply disappointed.”

“Upon signing my new contract in 2018, I pledged my loyalty and allegiance to the club that I love, Arsenal," he wrote, "and it saddens me that this has not been reciprocated.

“As I have just found out, loyalty is hard to come by nowadays. I’ve always tried to remain positive from week to week that there’s maybe a chance to get back in the squad soon again. That’s why I kept silent so far."

Arsenal manager Mikel Arteta initially made Özil a mainstay of the team after being hired at the end of last year.

Arteta said Wednesday he has failed to get the best out of the player and therefore is willing to shoulder the blame, adding that only football reasons have been taken into account.

“My conscience is very calm because I have been really fair with him," Arteta said. “My level of communication with him has been really high and we know what to expect with each other.

“Obviously a player of that dimension, with the career he has had, everything that happens around him has a big impact. It has been the case for the last eight years, it is nothing new that is just happening now. ... My job is to get the best out of every player, to contribute to the team performance. Here I feel at the moment, today, that I have failed."

Özil is in the final year of his contract at Arsenal, which he joined in 2013 from Real Madrid.

The German-Turkish midfielder made 254 appearances for the Gunners in which he tallied 44 goals and 77 assists. During his time at the club Özil won four FA Cup trophies.