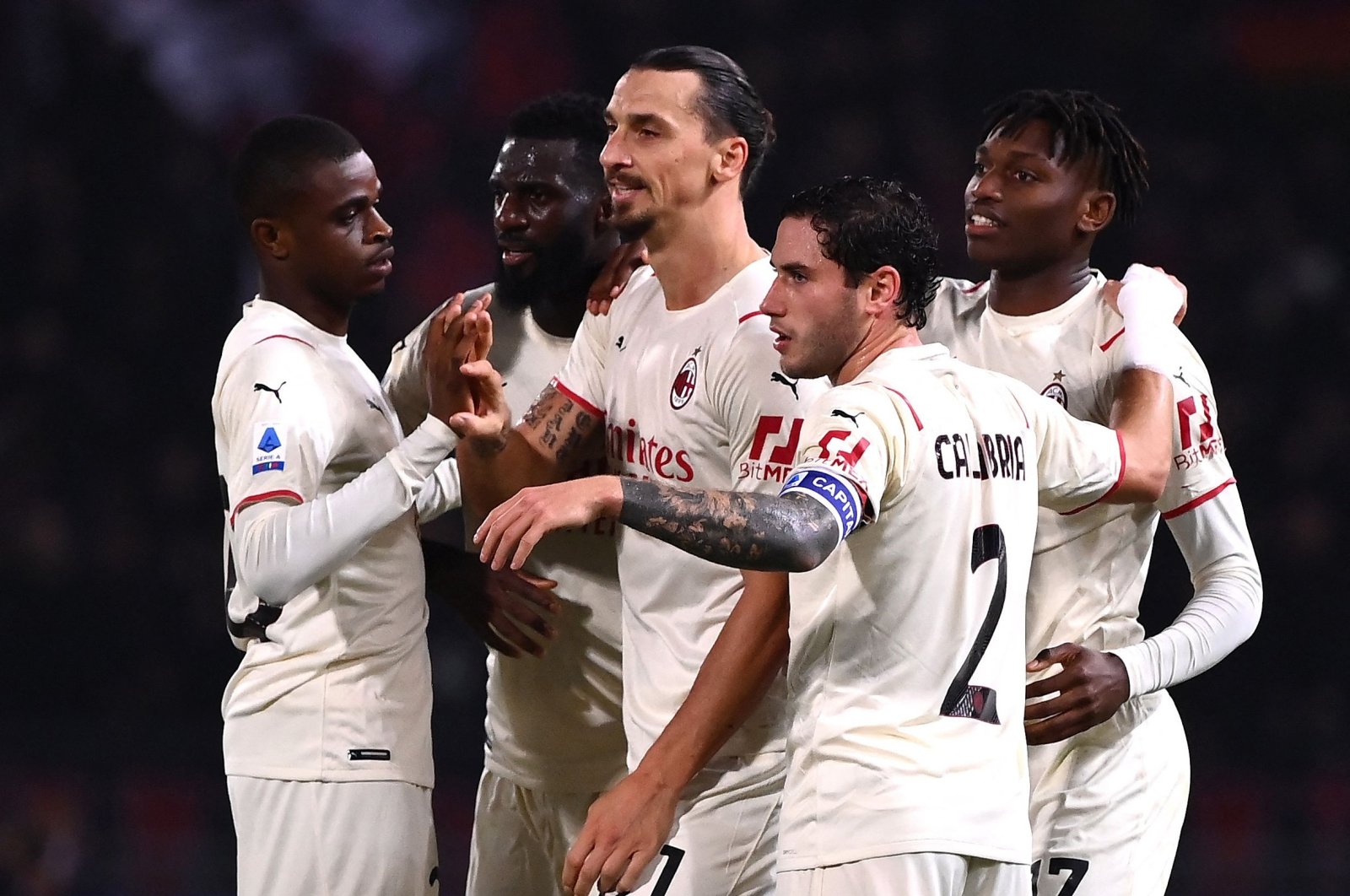 AC Milan saved the blushes against a nine-man Bologna on Saturday with a 4-2 win that came after Stefano Pioli's side threw away a two-goal lead at the half when the host was already down to 10.

Ismael Bennacer put Milan ahead for the second time six minutes from the end before Zlatan Ibrahimovic sealed a hard-fought win against a Bologna team that had Adama Soumaoro and Roberto Soriano both sent off in the first hour.

Pioli's unbeaten Milan is a point ahead of Napoli – who travel to Roma on Sunday hoping to maintain its 100% record so far this season – but can't be happy with the display.

It comes after a painful Champions League defeat to Porto midweek and with a raft of first-choice players out injured or with COVID-19.

"We thought we had won the game because we were two ahead and had a man extra, but if you stop playing you take a risk," Pioli told Sky Sport Italia.

"It's a big win. We know that when you have European commitments and you play someone who has had all week to prepare it's going to be a difficult match."

Sinisa Mihajlovic's Bologna meanwhile is ninth on 12 points after a defeat that will frustrate their Serb coach after they battled back to level shortly after the break.

"With nine men, 10 men and even with 11 we were better than Milan today, they created little. It wasn't easy, but we showed today that we're a good team," said Mihajlovic.

"We lost the points but we've won when it comes to play, spirit, courage and all the things that make a good team."

Everything seemed to be going Milan's way in the 16th minute when Rafael Leao collected Ibrahimovic's classy through ball and lashed home a shot via a huge deflection off Gary Medel.

Soumaoro was then shown a straight red card for bringing down Rade Krunic as the Bosnian raced through onto Simon Kjaer's pass.

By the time Davide Calabria lashed home the second in the 35th minute, Milan looked home and dry, but Bologna came racing out of the traps after the break and was level within seven minutes of the restart.

Soriano then left his team down to nine with more than half an hour left to play after planting his foot onto Fode Ballo-Toure's ankle as the Senegal international was crossing the ball.

And Bennacer broke the home side's resistance with a stylish first-time finish as the ball dropped to him from high.

Ibrahimovic then gave the scoreline a more flattering appearance when he collected from Bennacer and scored his second league goal of the season.

Earlier, Empoli held off battling Salernitana to win an exciting Serie A contest 4-2 after racing to a four-goal lead at half-time, moving it up to 10th on 12 points.

Sassuolo moved away from the relegation zone with a 3-1 win over promoted Venezia, which takes it to 12th on 11 points.