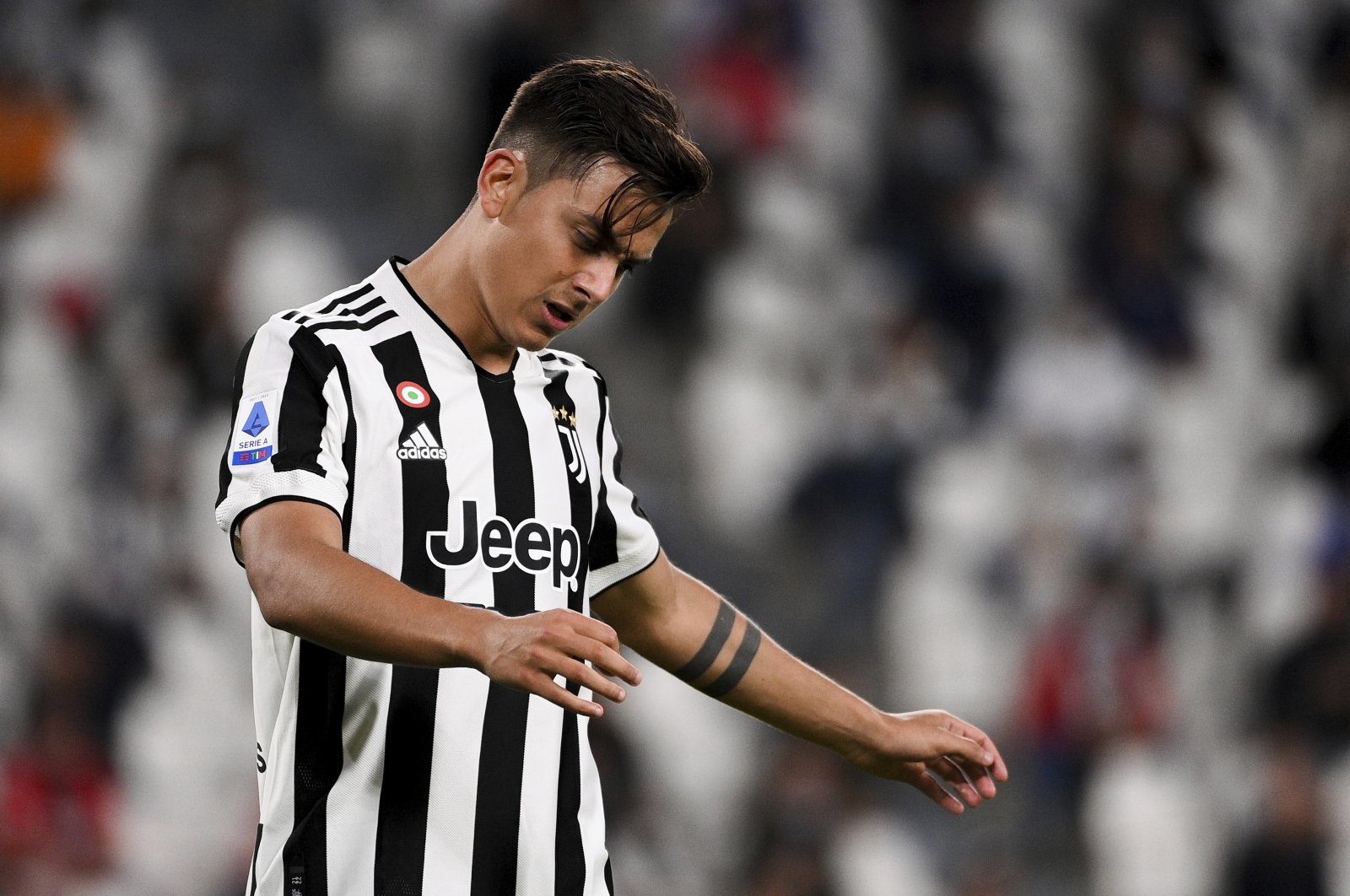 AC Milan piled more misery on Juventus after a 1-1 draw left the side from Turin in the unlikely surroundings of Serie A's bottom three on Sunday.

Alvaro Morata's fourth-minute goal gave Juve the lead but Ante Rebic headed in a 76th-minute equalizer as Milan ended the weekend in second place on goal difference behind city rivals Inter who crushed Bologna 6-1 on Saturday.

Milan could have won the match in the dying moments, but Juve keeper Wojciech Szczesny pulled off a brilliant point-blank save to deny Pierre Kalulu.

Juventus, still reeling from the departure of Cristiano Ronaldo to Manchester United, is 18th with just two points from four games with only Cagliari and Salernitana propping them up.

Coach Massimiliano Allegri had harsh words for some of his stars.

"You have to be determined, to bring home the tackle, keep focused. This is part of the general growth process of some players," he said.

"I will admit that I made mistakes on the substitutions, I got it wrong. I should've put more defensive players on and put the 1-0 lead under lock and key, so I take responsibility for that."

Milan, missing both Zlatan Ibrahimovic and Olivier Giroud, dropped its first league points of the season.

However, it will be relieved not to have lost back-to-back games having gone down to Liverpool in the Champions League in midweek.

Spanish international Morata temporarily allowed Juventus fans to forget about Ronaldo when he sped away from Theo Hernandez before coolly slotting the ball past Mike Maignan in goal.

Milan only threatened through three long-distance attempts from Sandro Tonali in the first half.

"Juventus did better in the first 20 minutes, were more determined and focused, but we continued playing and did much better towards the end with chances to win, so it was overall a positive performance."

Roma dropped its first points in Serie A under Jose Mourinho as Verona came from behind to earn new coach Igor Tudor a 3-2 victory on his debut.

Lorenzo Pellegrini's clever backheel flick gave visitors Roma a half-time lead in the pouring rain as it sought a fourth successive win to start the season.

Antonin Barak equalized for Verona shortly after the interval and Gianluca Caprari put the hosts ahead with a precise finish five minutes later.

Ivan Ilic turned a Pellegrini cross into his own goal to bring Roma level before the hour, but Davide Faraoni's brilliant volley secured the win for Verona to halt a run of three straight losses.

"I knew their qualities, even before the change in coach," Mourinho told DAZN.

"They'd already posed big problems to their opponents. And when there's a coaching change there's often a reaction mentally, it can happen."

Roma's city rivals Lazio needed a late goal from Danilo Cataldi to salvage a 2-2 draw at home to Cagliari.

Ciro Immobile struck for the fifth time in four games as Lazio went ahead just before the break.

Joao Pedro's looping header pegged Lazio back right at the start of the second half, with Keita Balde then firing home against his former club to put Cagliari on top.

But the Sardinian club couldn't hold on for victory in Walter Mazzarri's first game in charge as Cataldi fired into the top corner seven minutes from time to rescue Lazio.

Venezia's first Serie A home match since the 2001-02 season ended in a crushing 2-1 loss to Spezia.

Simone Bastoni curled in a sensational effort as Spezia grabbed an early lead at the Stadio Pier Luigi Penzo, an intriguing ground set on the south-eastern tip of Venice's main archipelago.