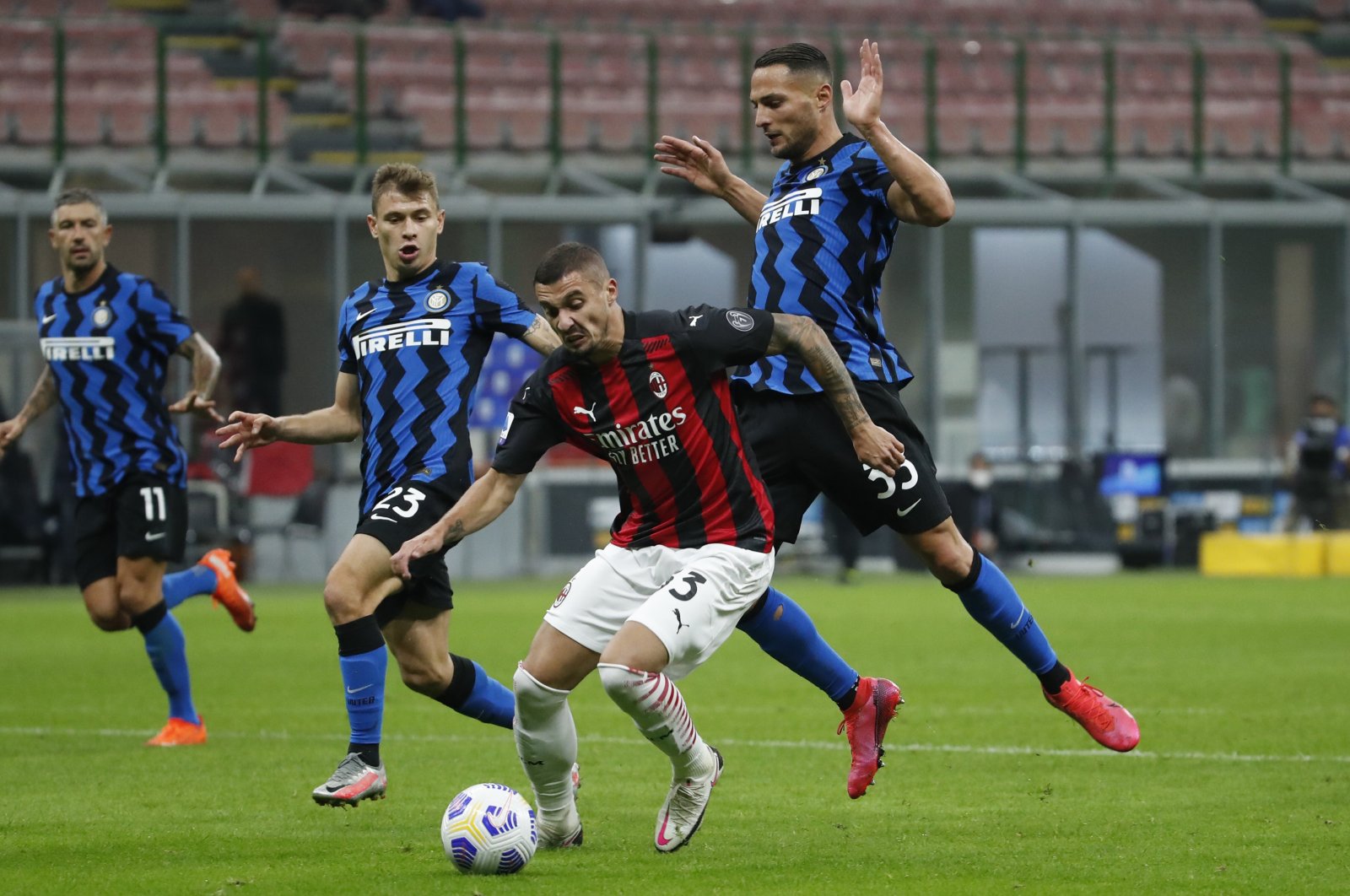 AC Milan faces a tough test on Sunday against defending champion and city rival Inter Milan, as the latter will be out to spoil the former’s great start to the Serie A season by ending its unbeaten run.

It is 10 wins from 11 league matches so far for Stefano Pioli's team after last weekend's 2-1 victory at AS Roma ensured Milan became the fourth different side in Serie A history to achieve such a fine start to a campaign.

Such form has not been enough for Milan to hold the outright lead, however, with Napoli topping Pioli's men on goal difference, having also taken 31 points from a possible 33.

While it did come second last year, it never looked like it was pushing Inter all the way. After its impressive start this time though, a serious title tilt appears to be on the cards.

"The strength of this team is awareness, they know they are young but also ambitious," Pioli told Sky Sport Italia after his side's 1-1 Champions League home draw with Porto on Wednesday.

"From tonight we will think about the derby, it is very important for our ranking, for the atmosphere at the club and for our dreams."

Third-placed Inter is seven points behind its rival in the Serie A standings ahead of Sunday's showdown at San Siro, despite only losing one league match so far.

Simone Inzaghi's side has also fared much better than its city rival in Europe, with Inter's 3-1 win at Sheriff Tiraspol on Wednesday putting it in a strong position to reach the Champions League knockout stages, while Milan is bottom of its group on one point.

"Qualification is in our hands," Inzaghi told reporters. "Now we just have to recover physical and mental energies because another intense and important match awaits us on Sunday."

Napoli, which has conceded three league goals all season, will be looking to extend its impressive opening to the campaign at home to Hellas Verona on Sunday fully aware that it must stop Serie A's in-form striker.

Giovanni Simeone, eldest son of Atletico Madrid coach Diego, has six goals in his last two Serie A starts – four in a 4-1 win over Lazio, and a double last weekend in the 2-1 home victory over beleaguered Juventus.

Serie A's historically most successful team Juventus is languishing in ninth place after that defeat, its second league loss in four days, and go into Saturday's clash with Fiorentina in Turin trailing Milan and Napoli by 16 points.

It won’t just be Italy witnessing a breathtaking derby, however, as Premier League will have one of its own too, with a spectacular Manchester showdown on the books for Saturday.

A comfortable win at troubled Tottenham Hotspur and then a Cristiano Ronaldo-inspired escape from defeat at the hands of Atalanta have taken some of the heat off under-pressure Manchester United manager Ole Gunnar Solskjaer.

But a more severe test of his side's health will come when United hosts Premier League champion Manchester City – a game fraught with danger for a United side that has been wildly unpredictable this season.

Such a poor recent record against its neighbors will not sit well with manager Pep Guardiola and there will be points to prove when the whistle blows at Old Trafford.

United was hammered 5-0 by Liverpool in its last home game – one of the worst results in its recent history and one that whipped up a media frenzy about Solskjaer's future.

That his side recovered to calmly dispatch Tottenham a week later was admirable, although one of the keys of that victory was the return from injury of defender Raphael Varane as Solskjaer started with five at the back.

Worryingly for Solskjaer he will be without Varane for the visit of City after he suffered a hamstring injury against Atalanta and will be ruled out for up to a month.

United will have plenty of defending to do against City and will have to do it well. But that, combined with swift counterattacks, has generally been the blueprint for its success against its local rival since Solskjaer took the helm.

Solskjaer has won four and drawn one of his eight clashes with Guardiola.

City, for its part, will be all too aware that it cannot afford to fall too far behind Chelsea and Liverpool in the title race and after a 4-1 win against Club Brugge in midweek will head across town in confident mood.

Chelsea leads the standings by three points from Liverpool and five from third-placed City and will aim to continue the momentum it has built when they seek a fifth consecutive league win against Burnley on Saturday.

Liverpool will close the weekend with a difficult trip to the London Stadium to face in-form West Ham United which has made its best start to a top flight season in more than 40 years.