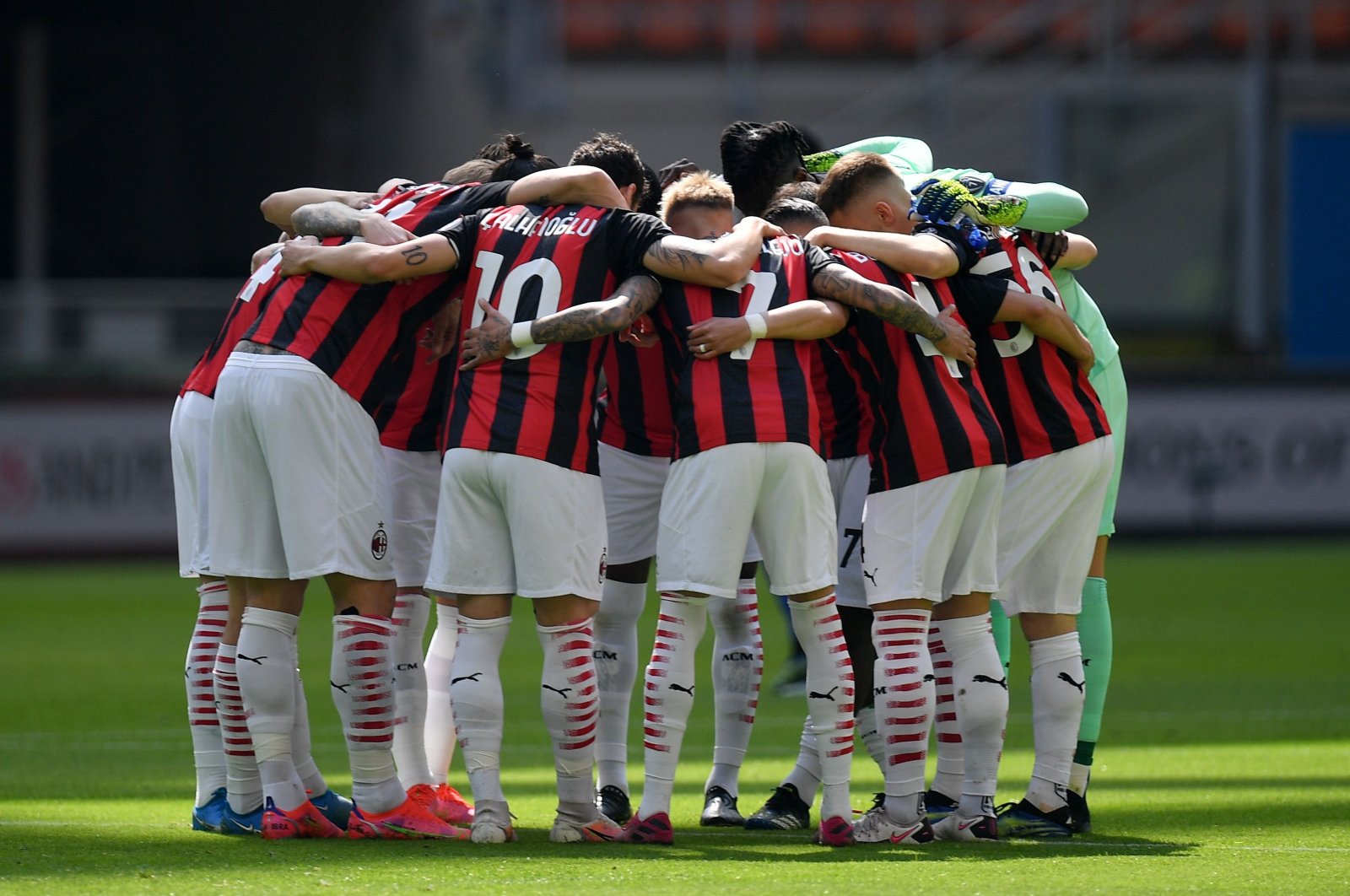 AC Milan players huddle before a Serie A match against Sampdoria at the San Siro stadium, in Milan, Italy, April 3, 2021. (Reuters Photo)
by French Press Agency - AFP Apr 09, 2021 11:32 am
RECOMMENDED

Desperately trying to hold onto its second place in Serie A, AC Milan travels to second-bottom side Parma this weekend for a chance at keeping its title hopes alive.

Seven-time European champion Milan has taken four points from its last three games to fall 11 points behind Inter which is closing in on a first Serie A title in over a decade.

Zlatan Ibrahimovic's Milan had been leading at the winter break as they target a first “Scudetto” since 2011, but have faltered since January.

Champion Juventus is just one point behind Milan in third place before hosting 13th-placed Genoa, with Atalanta a further point adrift ahead of its trip to Fiorentina, which will be without suspended midfielder Franck Ribery.

Despite its poor home form, Milan has lost just once on the road and take on 19th-placed Parma which has won just three games this campaign.

"We're heading into the decisive part of the season," said Milan coach Stefano Pioli as they seek a return to the Champions League for the first time since the 2013-2014 season.

"But it's a bit premature to be doing these (Champions League) calculations, especially as we still have a lot of games against direct rivals still to play."

Antonio Conte's Inter is riding high with 10 consecutive wins and take on Cagliari, which is in the relegation zone, and on a three-game losing run.

"Every time we win, it's another big step forward, it also weighs heavily on those who are pursuing us," said Conte.

"We're now much more mature and solid than we were in the past. It'd be great to win a trophy again after such a long time and end Juventus' streak."

The race for next year’s Champions League remains tight.

Napoli is two points off fourth after losing its midweek clash at Juventus, and travel next to mid-table Sampdoria.

"Mistakes? Yes, there are things that I messed up, but the first year of a coach is not easy. It will serve me well in the future," said Pirlo.

"We must learn from these mistakes as we want to play our last 10 matches as best we can and get ready for the Coppa Italia final."

Lazio, in sixth, play away at Hellas Verona without coach Simone Inzaghi, who tested positive for COVID-19.