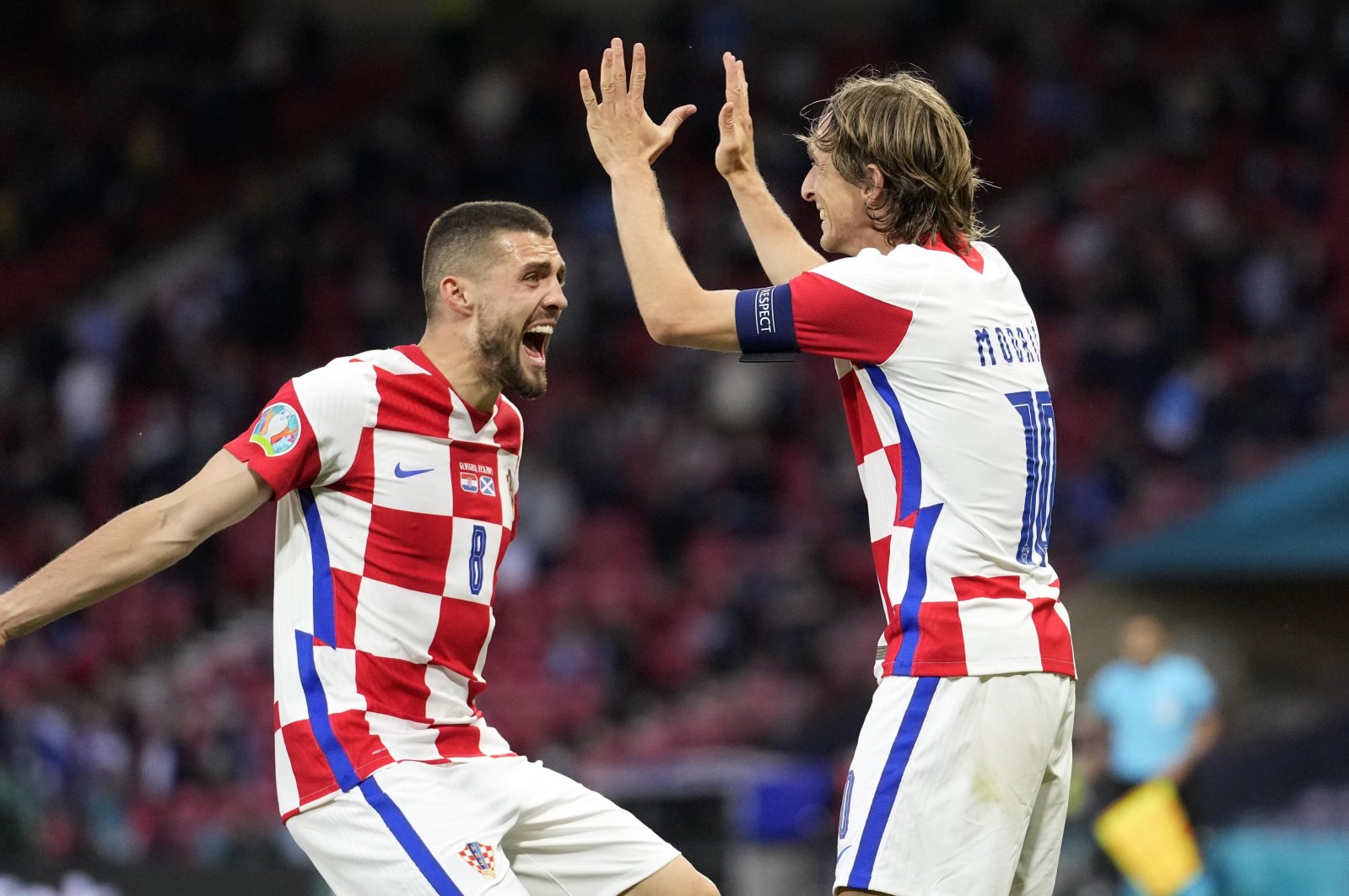 Croatian talisman Luka Modric struck a sensational second-half goal to inspire a 3-1 win over Scotland in Glasgow and secure progress to the last 16 of Euro 2020 on Tuesday.

The defeat also dashed Scotland's hopes of reaching the knockout stage of a major tournament for the first time.

After ending a 23-year wait just to qualify for a major tournament, another historic feat was beyond Steve Clarke's Scotland side that was undone by a moment of magic from Modric.

Callum McGregor canceled out Nikola Vlasic's early opener to give the hosts hope heading into half-time.

But Modric showed the class that made him the man to break Lionel Messi and Cristiano Ronaldo's grip on the Ballon d'Or in 2018, a stunning strike with the outside of his foot just after the hour mark restoring Croatia's lead.

"No one is sure how Luka manages that," Croatia boss Zlatko Dalic said of the 35-year-old.

"We expect that Luka will go down, lose his strength, but he is the force that pulls the whole team.

"Anything I would say about Luka would not be sufficient. I'm very proud to have such a player as part of our team."

Dalic's side will face the runners-up from Group E, featuring Spain, Sweden, Slovakia and Poland, in Copenhagen next Monday.

Scotland's preparation had been blighted by the loss of Billy Gilmour to a positive test for coronavirus after the 20-year-old had shone on his first international start in the 0-0 draw against England on Friday.

Without the Chelsea midfielder, Scotland lacked anyone close to the class of Croatia's midfield maestros who eventually ran the hosts into the ground with nearly two-thirds of possession.

"Overall Croatia were the better team on the night and sometimes you just have to accept that," said Clarke.

"We're disappointed we haven't managed to get out the group stage. We'll all sit down, take stock, look and see what we can do better in the future and make sure it is not 23 years before we are at the next tournament."

Just as against the Czechs and England in its opening two games, Scotland was made to pay for not taking its chances.

Roared on by 12,000 fans inside Hampden, Che Adams was inches away from connecting with John McGinn's dangerous cross early on.

Croatia had barely threatened before it went in front on 17 minutes.

Perisic headed down a lofted ball into the box and Vlasic found space between three Scotland defenders to fire low into the corner.

Croatia then had Scotland chasing shadows for a spell as the midfield trio of Modric, Marcelo Brozovic and Mateo Kovacic took control of the game.

"Modric was incredible," said Arsenal defender Kieran Tierney. "I think tonight was a big learning curve for us all.

"They've been there before, the quality they showed it was hard for us to get going."

Modric's blistering drive from outside the box was brilliantly tipped over by David Marshall.

But Scotland bounced back to net its first major tournament goal since 1998.

McGregor pounced on a loose ball at the edge of the box and, on his weaker right foot, the Celtic midfielder drilled into the bottom corner to spark jubilant scenes.

Scotland went down the tunnel at half-time with a spring in its step, but the physical exertions of holding England four days earlier took its toll as the energy levels of Clarke's men dipped in the second period.

Croatia calmly worked the opening at the edge of the box before the Real Madrid midfielder caressed the ball into the top corner with the outside of his right foot.

Along with Modric, Perisic has consistently been one of his country's key performers at major tournaments for nearly a decade.

The Inter Milan winger's flicked header from a Modric corner dropped in off the inside of the post for his ninth goal at a World Cup or European Championship to end any hope of a Scottish revival.