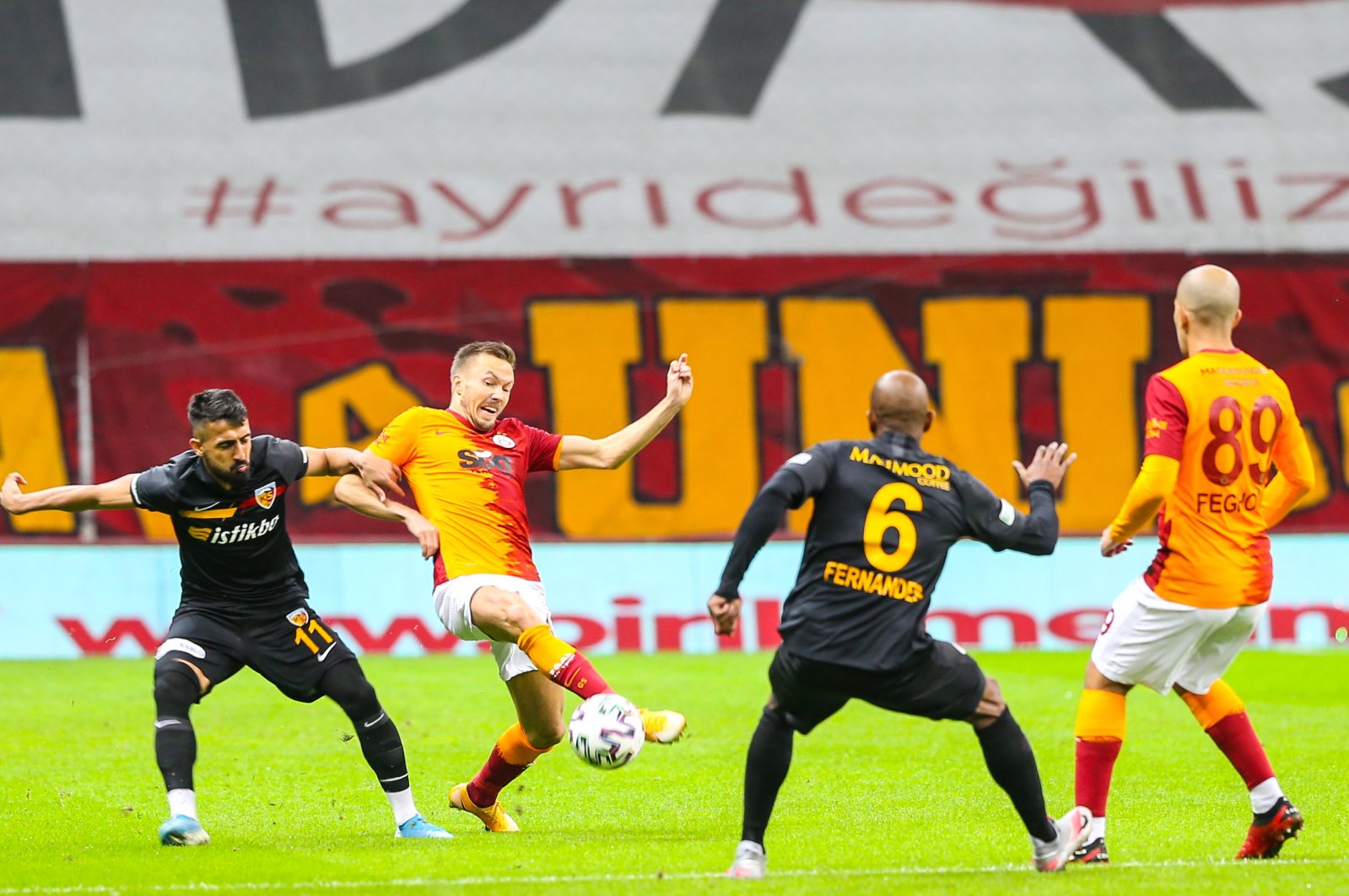 Kayserispor forward Muğdat Çelik found himself at the center of accusations from angry fans for allegedly working in favor of his old team Galatasaray. The 30-year-old player who joined Süper Lig No. 18 from Gaziantep FK this year was the highlight of the match where Galatasaray drew 1-1 against its 10-man rival on Monday.

Çelik, who spent the 2018-2019 season with the Lions, exhibited a lackluster performance, but it was his handball that was the talk of the match. As he confronted Galatasaray’s Norwegian right-back Martin Linnes in the 62nd minute, Çelik fell to the ground and just as Linnes made a move, the Kayserispor player clawed the ball. Gala’s Mbaye Diagne subsequently scored the penalty shot, though Kayseri’s Gustavo Campanharo managed to equal the score later.

The player’s reaction when he raised his hands in frustration immediately after realizing his mistake failed to convince those watching, especially fans of Fenerbahçe, Galatasaray’s main rival in the league. Fans on social media accused Çelik of match-fixing, backing their claim with a second yellow card in the match for Çelik after fouling Linnes that cut Kayserispor down to 10 men.

The player was unapologetic and claimed he did not notice at first when he grabbed the ball. Speaking to reporters after the match, Çelik said he was solely trying to stop a Galatasaray offensive. “I was on the ground, and I had to stop it,” said Çelik, quoted by broadcaster Beyaz TV. “My loyalty is to the club I play at for now. Selling your team out is like selling your wife,” he said. Kayserispor coach Samet Aybaba also backed Çelik. At a press conference following the match in Istanbul on Monday evening, Aybaba said it was normal for footballers to make such mistakes. “Muğdat is a player we expect a lot from. He can make mistakes, and we will work to fix them. We do everything to win over a player, not to lose them,” he said.