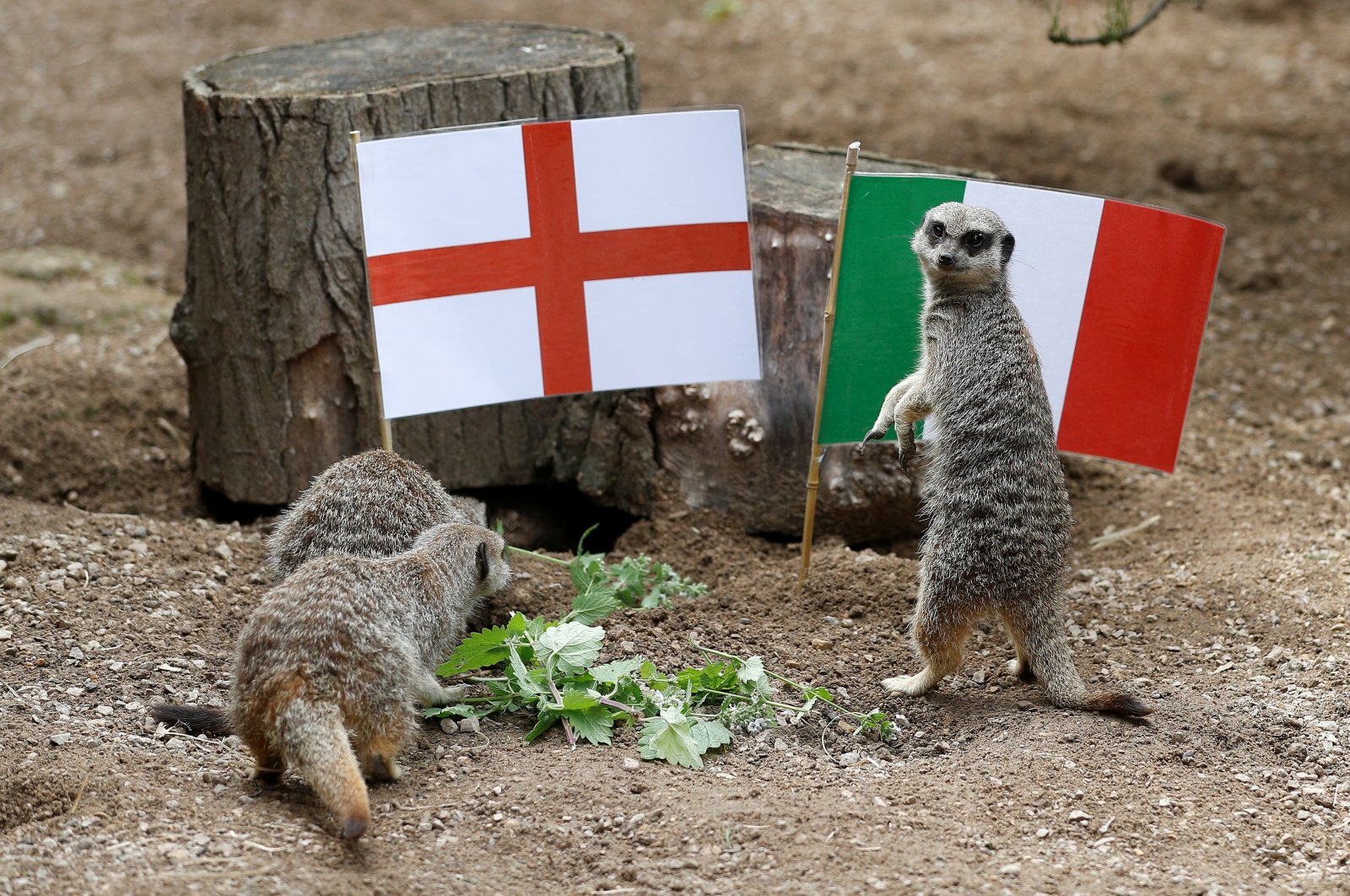 England will beat Italy in the Euro 2020 final on Sunday, according to a group of so-called "mystic meerkats" at London Zoo.

A zookeeper planted England and Italy flags in the ground and the meerkats' task was to knock one down. It took them about five minutes to choose England.

England will play Italy on Sunday at Wembley in the host nation's first major final since they won the World Cup in 1966.

Animals have been used in the past to predict the outcome of football matches. A German octopus shot to fame during the 2010 World Cup when he successfully predicted the outcome of eight matches.

He performed his trick by choosing a mussel from one of two boxes bearing the flags of competing nations.