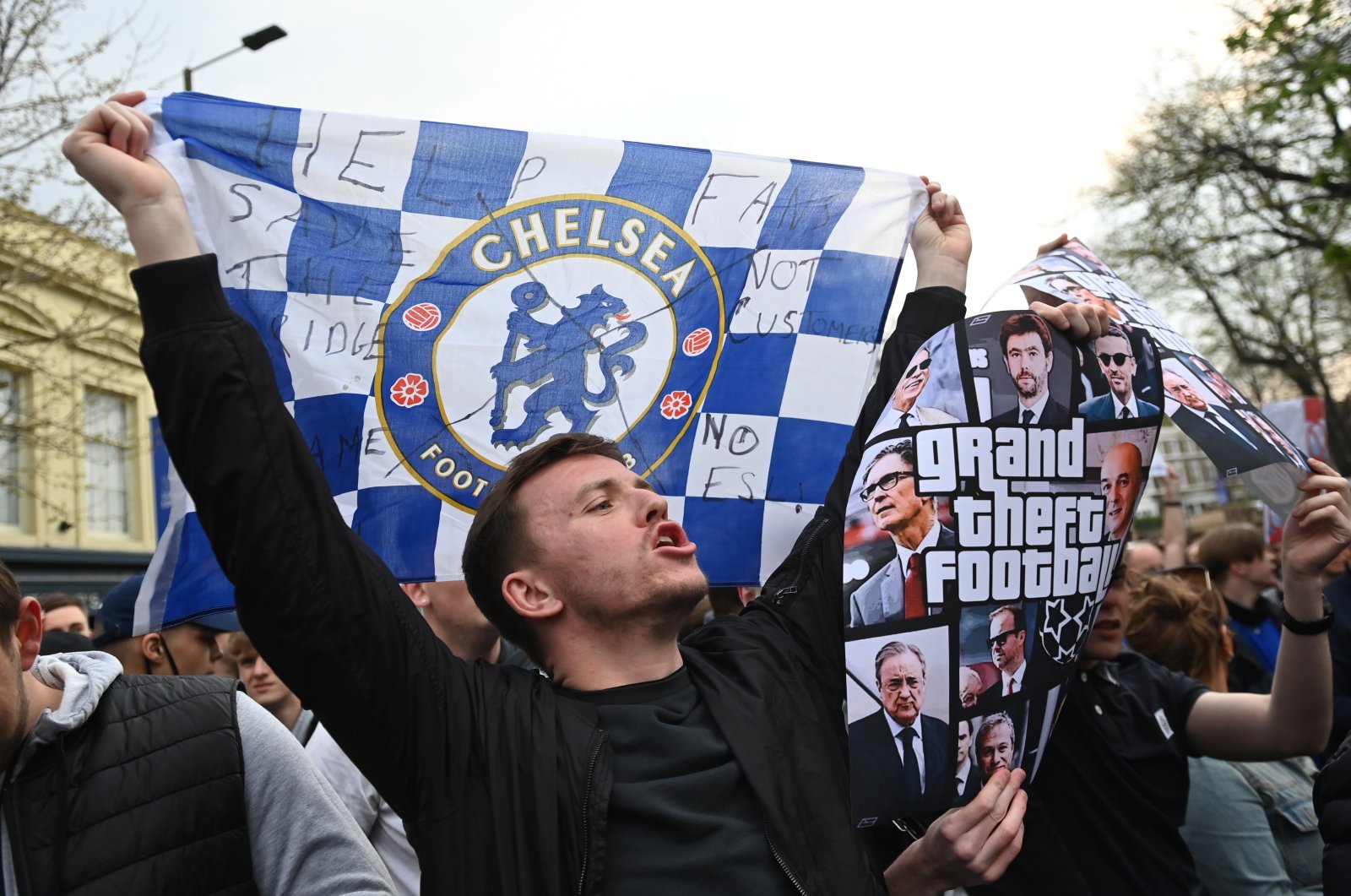 The proposed European Super League, which has drawn backlash by fans and threats from football authorities, collapsed on Tuesday after English Premier League clubs withdrew from the deeply divisive project.

Manchester City, Manchester United, Liverpool, Chelsea, Tottenham and Arsenal were six of the 12 leading European clubs to initially sign up to the breakaway competition designed to guarantee spots each year and billions of dollars for its founding members.

But reaction to the plans has been scathing, with politicians and football authorities threatening to take legal action against the so-called "dirty dozen", who were told they faced potential bans from domestic and continental competitions.

City had issued a statement announcing they were pulling out of the project after feverish speculation that the Premier League leaders and Chelsea were set to withdraw.

"Manchester City Football Club can confirm that it has formally enacted the procedures to withdraw from the group developing plans for a European Super League," the club said in a brief statement.

UEFA president Aleksander Ceferin said he was "delighted" by City's decision to pull out, with the other clubs issuing similar statements.

The English Football Association said it welcomed moves by clubs to abandon plans for the Super League, praising fans for "their influential and unequivocal voice".

Liverpool captain Jordan Henderson tweeted a statement on behalf of the squad, saying: "We don't like it and we don't want it to happen. This is our collective position."

On a day of intense drama, Manchester United announced that executive vice-chairman Ed Woodward would step down from his role at the end of 2021.

Earlier, Ceferin, addressing the owners, particularly of the Premier League teams involved, said there was still time for clubs to pull out.

"Some will say it is greed, some complete ignorance of England's football culture," he said. "There's still time to change your mind. Everyone makes mistakes."

FIFA president Gianni Infantino issued a stark warning to the heavyweight clubs who had signed up to the ESL.

"It is our task to protect the European sport model, so if some elect to go their own way then they must live with the consequences of their choices," Infantino said at UEFA's congress in Switzerland.

More than 1,000 fans gathered outside Chelsea's Stamford Bridge stadium to protest against the plan before Tuesday's Premier League match against Brighton, which ended in a 0-0 draw.

Fans held up signs reading: "RIP Football 1863 - 2021", "Created by the poor, stolen by the rich", "We want our cold nights in Stoke" and "Roman do the right thing" -- in reference to Chelsea owner Roman Abramovich.

Less than two hours after the protesters made their feelings known, it was first reported that Chelsea were preparing documentation to withdraw from the competition.

Abramovich is understood to have driven the decision, which is yet to be made official.

British Prime Minster Boris Johnson earlier met Premier League clubs, the FA and fan groups, vowing to do all in his power to kill the ESL plan.

He tweeted later, before City's decision was confirmed: "The decision by Chelsea and Manchester City is - if confirmed - absolutely the right one and I commend them for it."

The 20-team ESL was designed by the European giants to guarantee revenue from regular matches against one another without the risk of failing to qualify for 15 founder members.

However, the plan was fiercely criticized by even their own players and managers for acting as a closed shop.

"It's not a sport when the relation between effort and reward doesn't exist," said Manchester City boss Pep Guardiola.

The 12 teams had signed up to share in an initial pot of more than 3.5 billion euros ($4.2 billion) -- vastly boosting their revenues, which have been badly hit during the coronavirus pandemic.

Under the proposals, announced late Sunday, five more clubs would have had to qualify for the 20-team midweek competition, joining the 15 permanent members.

Currently, teams have to qualify for the Champions League each year through their national competitions, and survive a group phase before reaching the high-profile latter stages.

The breakaway announcement came just hours before UEFA announced a new, 36-team format for the Champions League, which had been conceived to placate the continent's biggest clubs.