Pressure back on Beşiktaş in the final countdown 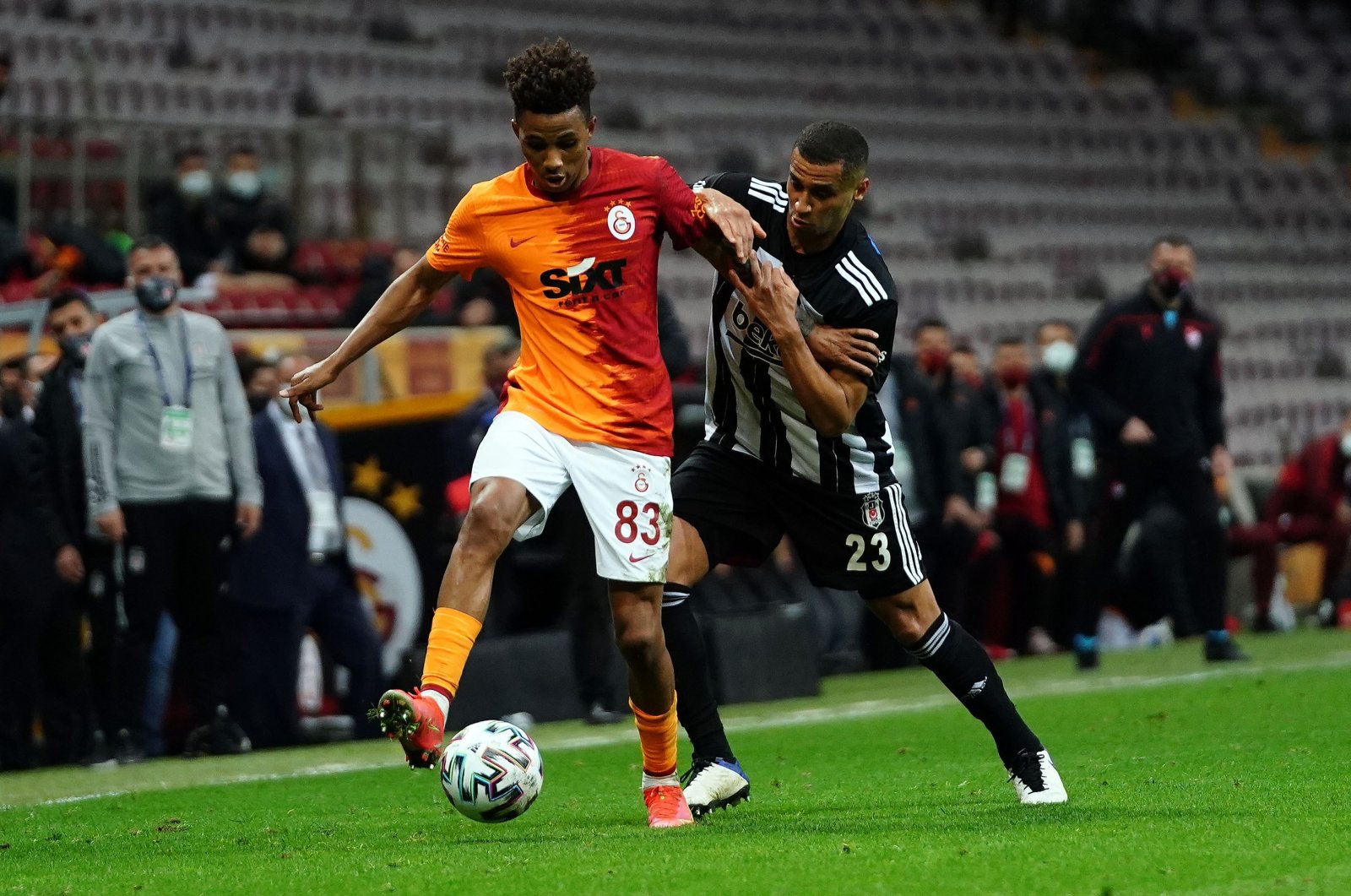 There were two possible scenarios for the Galatasaray-Beşiktaş derby. Either Fatih Terim’s Galatasaray would slow the game and look for simple mistakes, or Sergen Yalçın’s Beşiktaş would play with a high tempo and score multiple goals. However, it was Terim and his players who forced the opponent to accept their game and claimed a deserved 3-1 victory.

Terim finally found an opponent who was willing to attack and allowed Galatasaray the time and space for counterattacks.

Unlike the defensively robust Anatolian teams, Beşiktaş did not wait for Galatasaray in its own half and went forward to find a goal as Yalçın obviously did not entertain the thought of playing defensively and getting a draw.

Despite the positive approach, Yalçın should have prepared for the problems that could arise against Galatasaray, the best defensive side in the league who has conceded only 34 goals this season.

The risk must have seemed reasonable for Yalçın since his team has played similarly against other defensive sides and managed to return with all three points. However, this time around he made a little, but very crucial mistake that ruined Beşiktaş’s offensive continuity.

His defensive midfielder Josef de Souza usually drops between the two center backs when Beşiktaş is in a defensive situation. But, depending on the situation, he also gets forward to increase the numbers and bring necessary dynamism to Beşiktaş’s attacks.

Against Galatasaray, Yalçın ordered de Souza to stay between the center backs and not venture forward during attacks. This left the other defensive midfielder, Atiba Hutchinson, who has become a key forward player, all alone in Galatasaray’s packed defense.

With Gökhan Töre and Rachid Ghezzal were tied down in the wings and Adem Ljajic lost in the center, Beşiktaş desperately needed de Souza’s participation in attacks. Nevertheless, Yalçın – pushing down on both the gas and the brakes at the same time – deprived his team of a great offensive weapon.

Finding Beşiktaş unable to attack but still giving lots of time and space in its own half, Galatasaray found the opportunity it was looking for. Terim’s team easily controlled the entire game and clinched three crucial points.

Now, at the top of the table, Beşiktaş has 81, Fenerbahçe 79, and Galatasaray 78. There will be two more games on Tuesday and Saturday as the 42-week marathon comes to an end.

For Beşiktaş, four more points will be enough to become champions, regardless of what others do.

The Black Eagles will host Fatih Karagümrük and then will visit Göztepe, both tough games against mid-table teams.

Karagümrük plays an attacking game, which can help Beşiktaş, but Göztepe is a very strict counterattacking side that can cause some problems.

Fenerbahçe, in the meantime, will face probably the most dangerous team at the moment, Sivasspor, before visiting Kayserispor, who urgently needs points to stay in the league.

Emre Belözoğlu’s side has a slightly more difficult fixture than Beşiktaş.

Finally, Galatasaray has by far the easiest fixture. First, it will visit the already relegated Denizlispor, followed by a match against Yeni Malatyaspor, who has already secured its place in the league.

In case Beşiktaş and Fenerbahçe stumble, Galatasaray might come up with a great surprise. Still, it should be noted that Galatasaray needs Beşiktaş to stumble twice since a tie will not be enough due to the goal difference.

Either way, it will be a thoroughly exciting week for the Süper Lig. The show goes on and it is open to all conclusions.