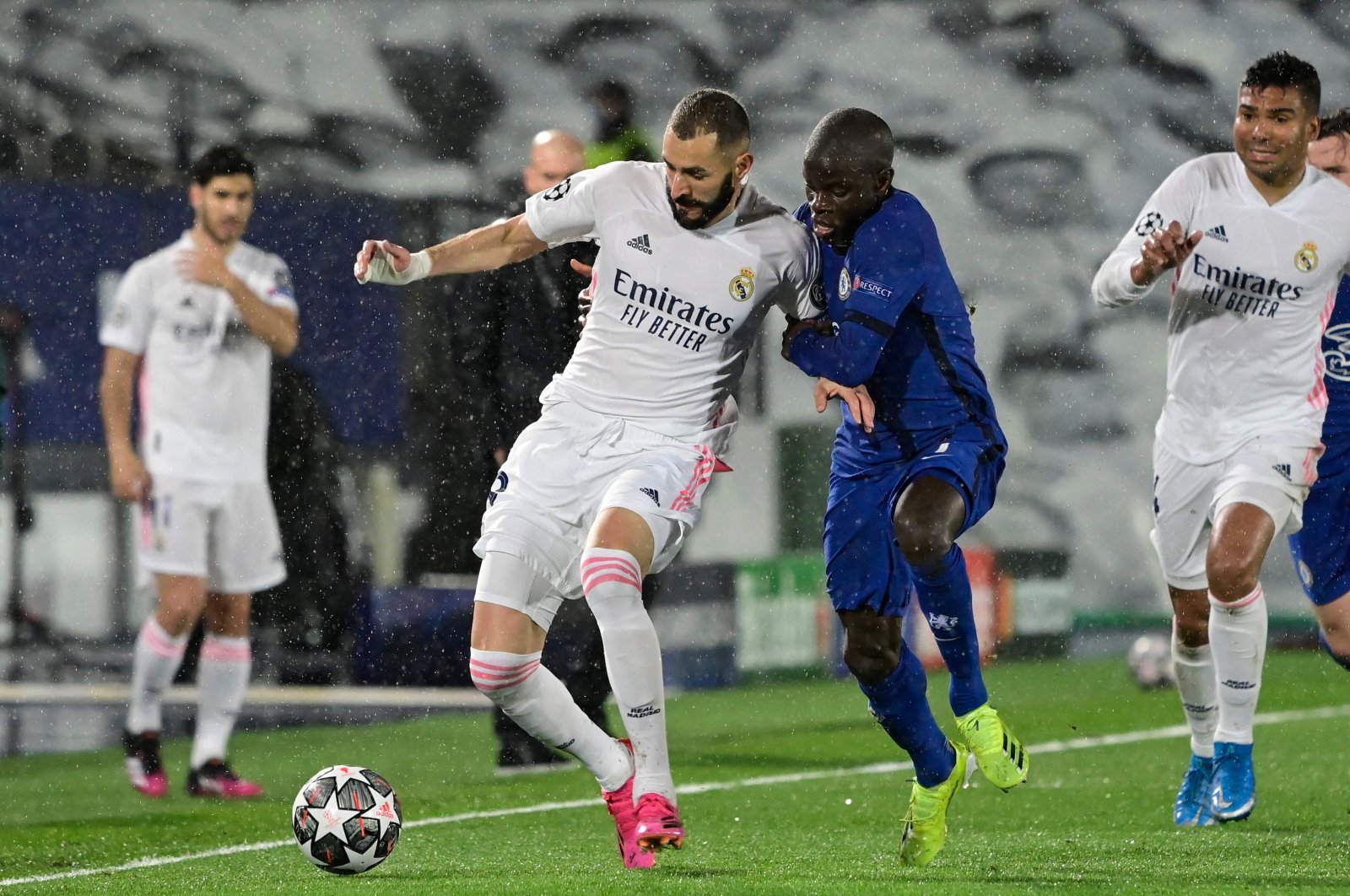 English powerhouse Chelsea put on an impressive show but was eventually denied a victory by an acrobatic Karim Benzema and settled for a 1-1 stalemate in Tuesday's Champions League semifinal first leg in the Spanish capital.

The Blues made a bright start in heavy rain at the Alfredo di Stefano Stadium and deservedly went ahead when U.S. forward Pulisic rounded Thibaut Courtois to score in the 14th minute.

Thirteen times European Cup winners Real looked ragged and short on ideas but pulled level in the 29th with a moment of true class from the talismanic Benzema, who controlled a knockdown before volleying into the roof of the net.

Chelsea looked the better side in the second half as well but could not break down Real again and then had to withstand some late pressure from the hosts, who visit Stamford Bridge in the second leg on May 5 looking to reach the final for the fifth time in eight years.

Chelsea coach Thomas Tuchel was frustrated his side could not make the most of its early dominance.

"We started the game very well, we were aggressive, we showed courage and quality, we deserved to win the first half. Unfortunately, they scored from a set-piece, there was nothing else from them for us to defend," he said.

"It was a disappointing result at halftime the second half was a very tactical game. A bit more composure and precision in front of goal and we would have won the first half but we have to live with 1-1."

This was the first-ever Champions League meeting between the two sides, who were named founding clubs in the controversial European Super League last week before Chelsea hastily withdrew from the competition.

It was far from an idyllic setting for such an occasion, played at the tiny, empty arena located at Real's training ground and the non-stop rain made it harder for either side to create flowing passing moves.

The visitors had the first clear opening when Pulisic nodded across to Timo Werner but former Chelsea keeper Courtois thwarted the German striker with his legs.

Pulisic took no chances the next time he got into the area, controlling a long ball from Antonio Rudiger and dribbling around Courtois before calmly passing it into the net, despite the efforts of Raphael Varane and Nacho to block the shot.

Benzema carved out Madrid's first chance through his own efforts, swiveling away from a Chelsea defender on the edge of the area before aiming for the top corner and hitting the post.

The Frenchman had better fortune with his next attempt, controlling Eder Militao's header following a corner before unleashing an unstoppable strike, scoring his 28th goal of the season and his 71st in the Champions League, joining Real great Raul as the competition's joint-fourth top scorer of all time.

The second half was more cagey as the spirit Chelsea had shown early in the match dried up as the side tired, although it still managed to control the game while barely allowing Real a sniff until the end.

Real defender Marcelo admitted his side had underperformed but was confident about their chances of making it to the final in Istanbul on May 29.

"We knew that could happen but there's another game to come, we're still feeling good and we know what we have to do, the return leg will be different."

"We didn't dictate the pace of the game and had to adapt but we're feeling calm."