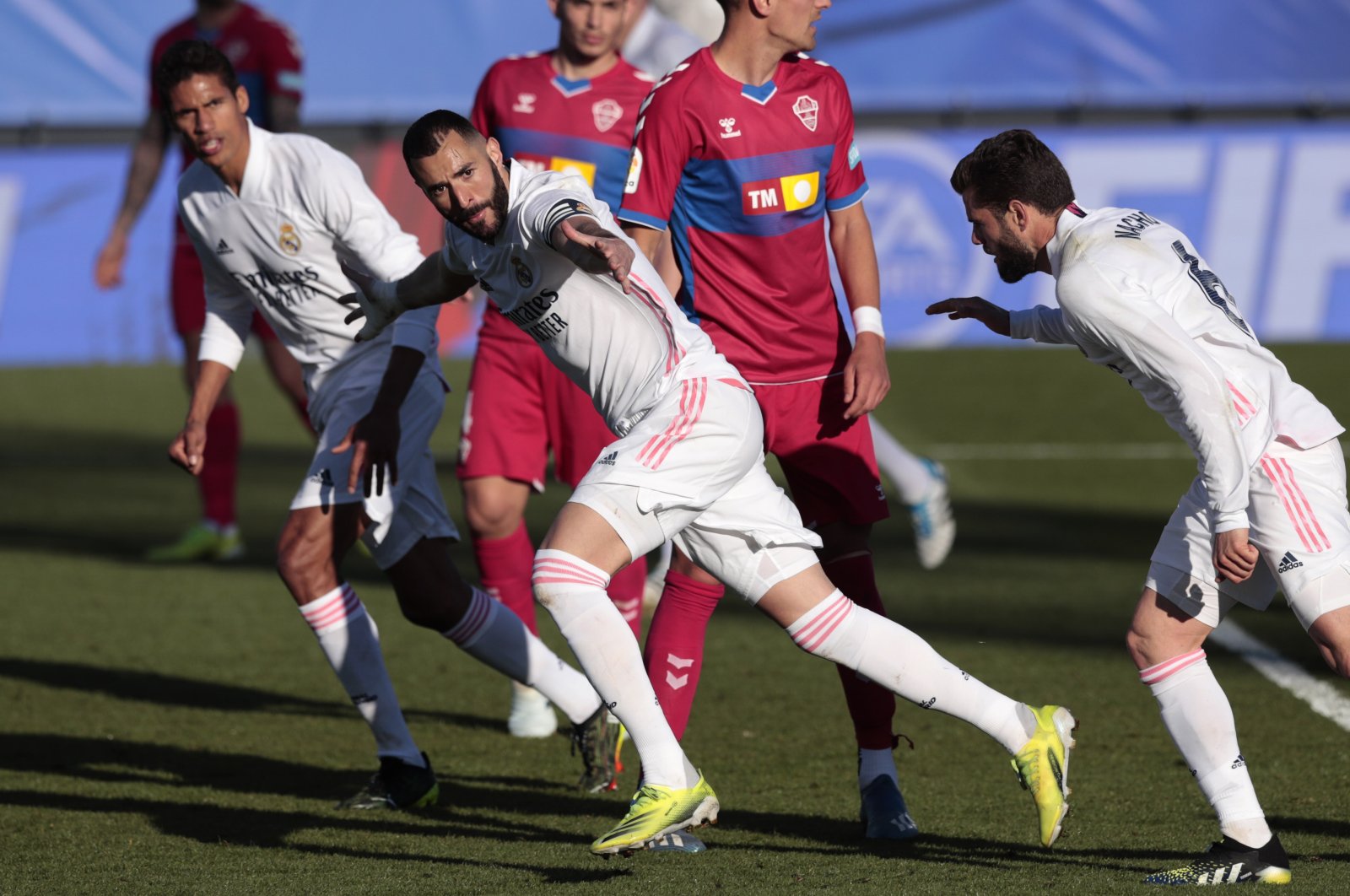 The Champions League round of 16, second-leg actions resume Tuesday as Real Madrid hosts Serie A side, Atalanta, while Manchester City and Borussia Monchengladbach face-off in Budapest.

Karim Benzema is back in top form after an injury-enforced absence, giving Real Madrid extra strike power against Atalanta. Benzema scored three goals in his two matches since returning to the squad, including two that gave Madrid a 2-1 win over Elche in the Spanish league on Saturday.

Madrid will also have captain Sergio Ramos available for Tuesday's match following a long injury absence that ended in the game against Elche. Left back Marcelo may also return after an injury layoff.

Atalanta, on the other hand, has won all its European matches away from home this season, including a 2-0 win over Liverpool at Anfield.

Coach Gian Piero Gasperini has almost a full squad available, although defender Remo Freuler is suspended following his red card in the first leg. Atalanta has won three of its last four matches in Serie A since the first-leg loss to Madrid.

Meanwhile, Manchester City is running away with the Premier League title but Gladbach is in a tailspin after losing all of its six games since the Feb. 15 announcement that coach Marco Rose is joining Borussia Dortmund next season.

Just like the first leg, this game will be played in Budapest, Hungary, because of German restrictions on travel from Britain during the COVID-19 pandemic.

City is 14 points clear in the Premier League and can focus on trying to win the Champions League for the first time.