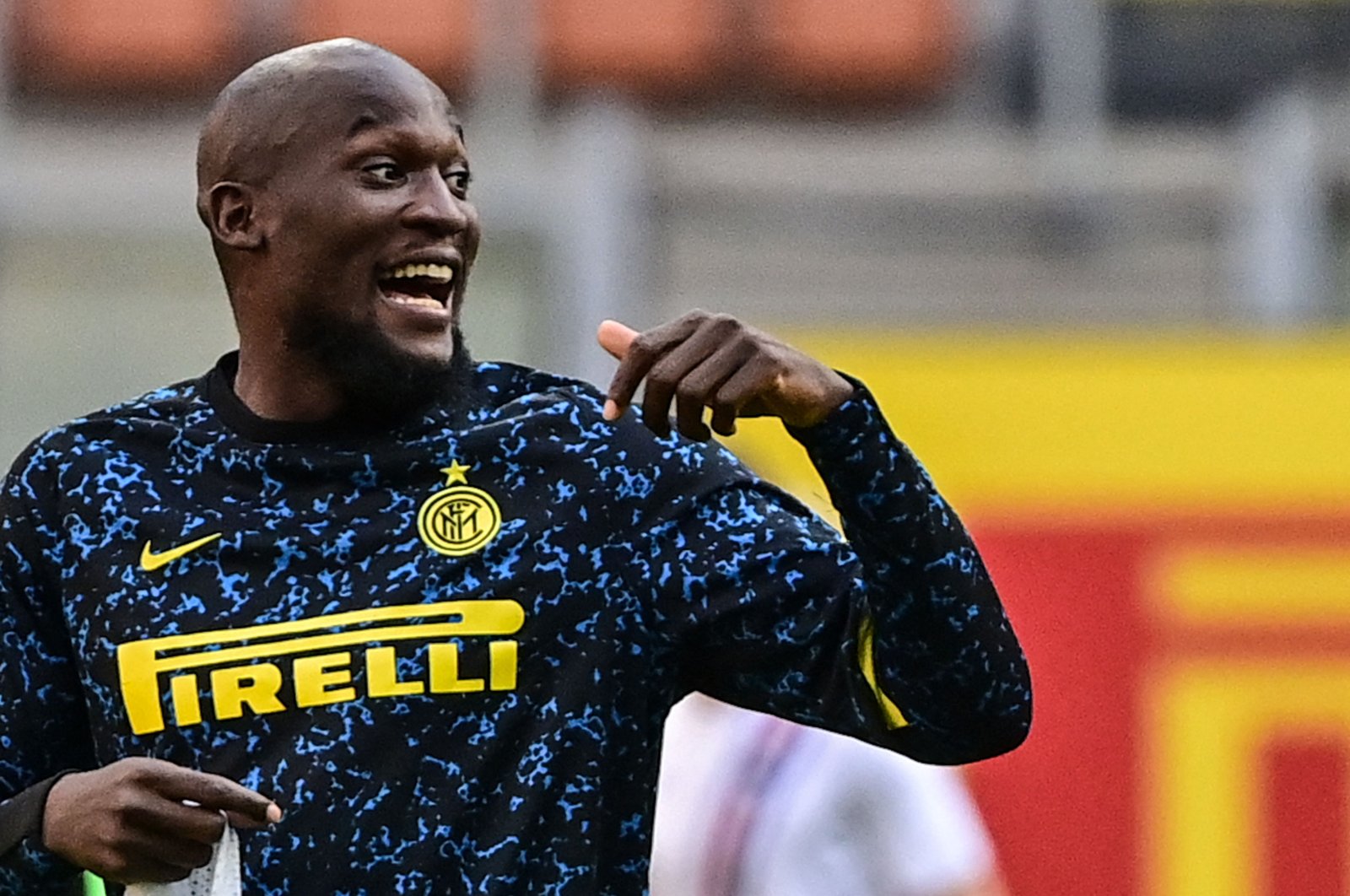 Inter Milan's Belgian forward Romelu Lukaku reacts as he warms up prior to the Italian Serie A football match against Sampdoria at the San Siro stadium in Milan, Italy, May 8, 2021. (AFP Photo)
by Agencies Aug 12, 2021 8:09 pm
RECOMMENDED

A Chelsea statement did not mention the agreed transfer fee, but media reports say the deal is worth a club record 97.5 million pounds ($134.7 million).

Lukaku has penned a five-year deal at Stamford Bridge.

"It has been a long journey for me: I came here as a kid who had a lot to learn, now I’m coming back with a lot of experience and more mature," Lukaku told the Chelsea website.

"The relationship I have with this club means so much to me, as you know. I have supported Chelsea as a kid and now to be back and try to help them win more titles is an amazing feeling."

The Belgium international leaves Inter after two successful seasons in Italy, where he scored 24 league goals as the Nerazzurri clinched its first Serie A title in 11 years last season.

The move marks a return to the European champions for Lukaku, who made 15 appearances for the Blues over two seasons on either side of a successful loan spell with West Bromwich Albion in 2012-13.

He was then sold to Everton in 2014 following an impressive loan at Goodison Park, having failed to score a single goal in a Chelsea shirt.

"The way the club is going fits my ambitions perfectly at 28 and just coming off winning Serie A," Lukaku continued.

"I think this opportunity comes at the right time and hopefully we can have a lot of success together.

"Since I left Chelsea, it has been a long journey with a lot of ups and downs, but these experiences made me strong and the challenge is to try to help the team win some more trophies. I can’t wait to get started and to help the club achieve more success."

Lukaku was a player transformed in Inter after leaving Manchester United in August 2019, changing his diet, losing weight and gaining form as he scored 64 goals in 95 games in all competitions over two years.

The striker fired Inter to runner-up finishes in the league and Europa League in his debut season before helping the Nerazzurri end Juventus’ nine-year stranglehold on the domestic title the following year.

His goals, assists and leadership were the driving force behind Inter’s 19th league title in 2020-21, and his league tally of 24 strikes was second only to the 29 of Juventus’ Cristiano Ronaldo.