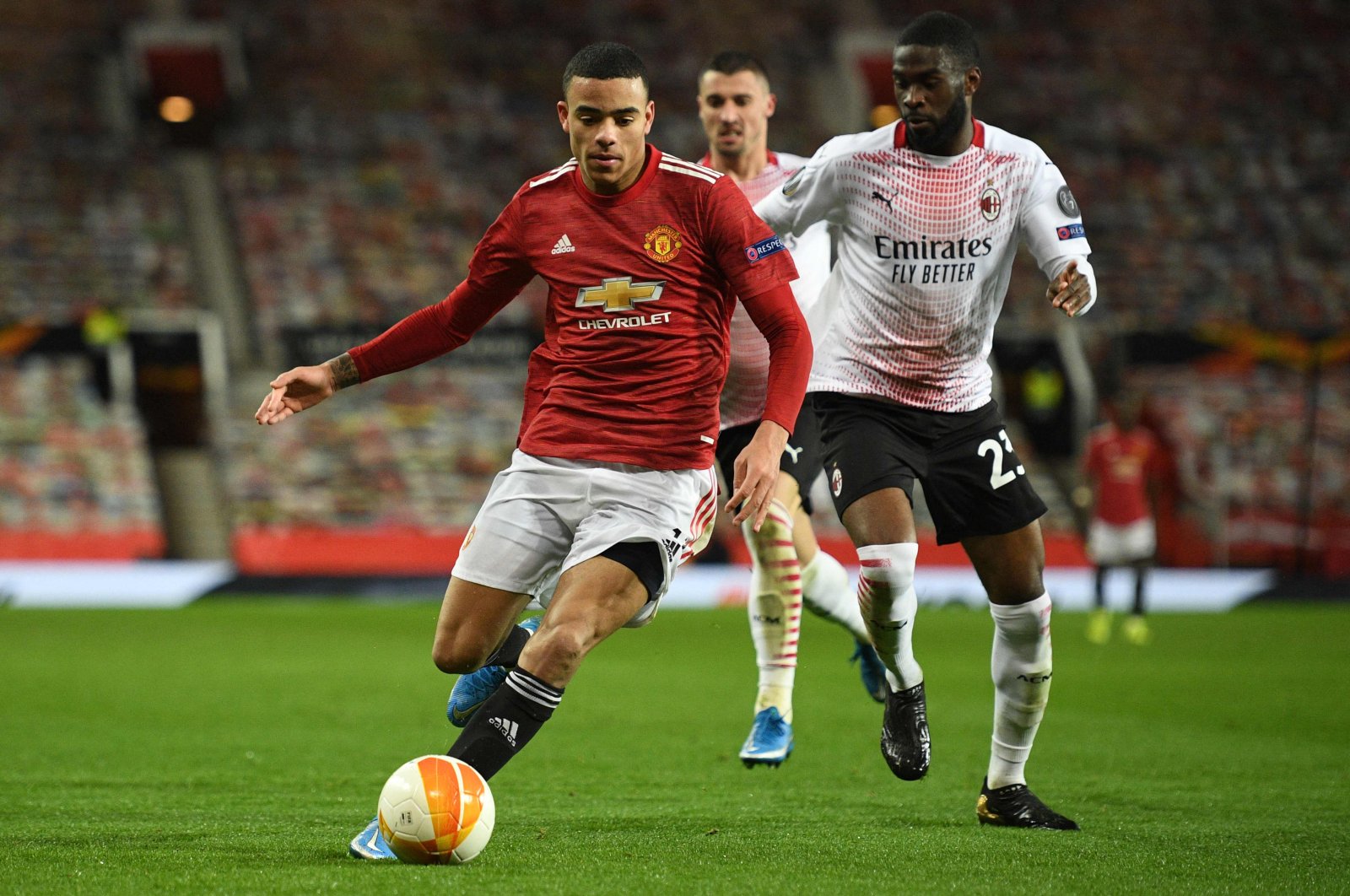 European giants AC Milan and Manchester United's Europa League showdown is set for Thursday as the resurgent "Rossoneri" aims to announce its return to the big stage.

Milan will be boosted by the return of Zlatan Ibrahimovic, who looks to be in good spirits after announcing his return to international football after nearly five years away on Tuesday and appears to be winning the race to face his old club in the second leg of their last-16 clash at the San Siro.

The tie is locked at 1-1, with Milan having the slight advantage thanks to Simon Kjaer's stoppage-time away goal in the first leg at Old Trafford last week.

Italian media reported on Tuesday that the veteran forward trained with the rest of the Milan squad and should be available for the first time since he left his side's 2-1 win at Roma with a thigh injury at the end of last month.

Since then he has made headlines on a different kind of stage, co-hosting the Sanremo music festival which is possibly Italy's biggest pop cultural event.

With 14 goals in 14 league games, the 39-year-old was a major reason behind Milan occupying the top spot in Serie A for large periods of this season and his return to Old Trafford for the first leg had been highly anticipated before he picked up his injury.

Coach Stefano Pioli knows that he doesn't need Ibrahimovic to get past United after a superb display in Manchester last week and his side could well start the game with its talisman on the bench.

However, to ensure passage to the last eight, Milan will need to turn around a dismal recent record at the San Siro which has contributed to its slipping nine points behind Serie A leaders Inter Milan having been top themselves little more than a month ago.

Sunday's 1-0 defeat by Napoli was its fourth straight match without a win at the San Siro, preceded by draws against Udinese and Red Star Belgrade and a 3-0 derby thumping at the hands of Inter.

Five defeats in 13 league matches in 2021 also has second-placed Milan looking over its shoulders at a series of rivals for a place in the Champions League, a competition in which the seven-time European champion has not played since 2014.

The next few days will also be crucial for United's chances of silverware this season.

It follows a trip to Italy with an FA Cup quarterfinal at Leicester City on Sunday, putting its season at a crossroads with Manchester City 14 points clear of its local rivals at the top of the Premier League.

United boss Ole Gunnar Solskjaer has Marcus Rashford back after the England forward played the full 90 minutes of its 1-0 win over West Ham at the weekend.

Of the remaining ties, only Rangers' with Slavia Prague looks to be in the balance as they will kick off at Ibrox all square at 1-1 following their draw in the Czech Republic last week.

Steven Gerrard's side has already been crowned Scottish champion, although it will also have one eye on the Old Firm derby with Celtic at the weekend.

Four-time European champions Ajax and Roma are both virtually assured of passage into the next round as they are 3-0 ahead in their ties with Young Boys and Shakhtar Donetsk.

Also, strong favorites to go through are Tottenham Hotspur, Arsenal, Villarreal and Granada thanks to their two-goal leads going into their second-leg matches.

Olympiakos head to the Emirates to face Arsenal, who are fresh from a derby triumph over Tottenham but face a battle at 3-1 down.