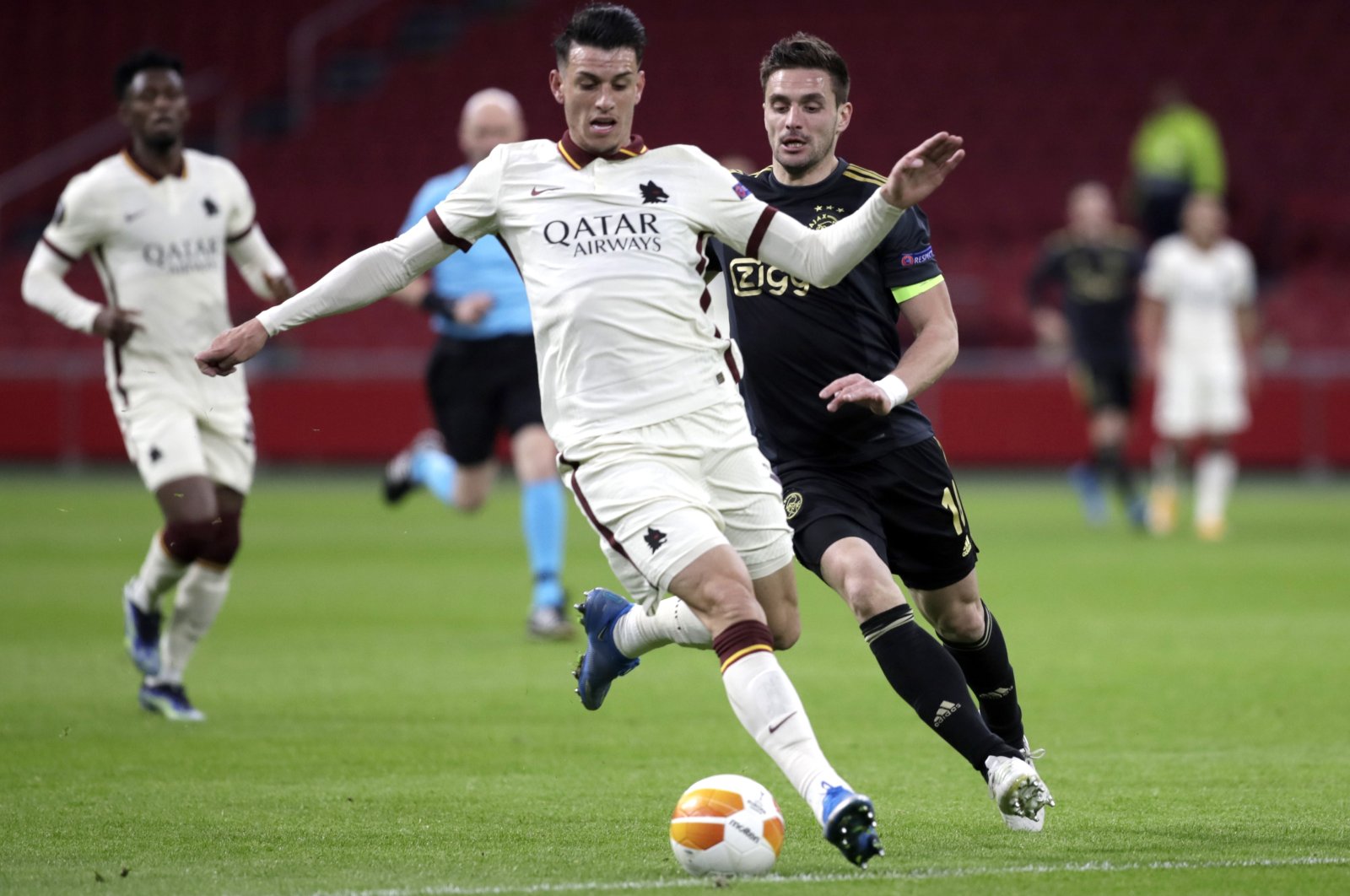 In the other matches, an in-form Man United will face Granada and Unai Emery's Villareal will go head-to-head with Dinamo Zagreb

Italian giant Roma is eyeing a second European semifinal in four seasons as it hosts Dutch heavyweight Ajax, while Arsenal hopes to avoid humiliation at the hands of Slavia Prague and Manchester United look set for the last four as they go into Thursday's Europa League second leg matches.

Ajax may be four-time European champions and one of the most exciting sides of recent seasons but it is Roma who has the advantage going into the second leg of its tie at the Stadio Olimpico in Rome.

Italy's last remaining representative in Europe came away from the Johan Cruyff Arena with a thrilling come-from-behind 2-1 win after being under the cosh for much of the match and is close to a likely last-four clash with Man United after reaching the semis of the Champions League in 2018.

Roma has had a poor domestic season and sits seventh in Serie A – seven points off the Champion League places – after coming up short in almost all of its fixtures against its rivals for the European spots, so Thursday's second leg could define its season.

Ajax is almost guaranteed to retain its Eredivisie title and warmed up for its trip to the Italian capital with a 1-0 win over RKC Waalwijk thanks to a goal from club-record signing Sebastien Haller, who cannot play against Roma after being accidentally left off his club's European squad list.

Elsewhere, underdog Slavia Prague lived up to its dangerous reputation last week when Tomas Holes headed home a stoppage-time leveler to turn the tie with Arsenal in its favor.

Mikel Arteta's Gunners missed some good chances in the first leg but now have their work cut out for them if they want to win a trophy and qualify for next season's Champions League.

Slavia is on a run of 23 games without defeat and has already knocked out Leicester City and Rangers in its run to the quarterfinals.

Arsenal meanwhile has been inconsistent all season and sits ninth in the Premier League, 10 points off the Champions League spots.

United is a huge favorite to reach the semifinals following its simple win over Granada in Spain last week, which should put an end to the surprise package's first-ever season of European football.

Ole Gunnar Solskjaer's side is safely tucked in the Champions League places behind Premier League leaders Manchester City and looked in rude health in sweeping past Tottenham Hotspur 3-1 at the weekend.

United will be without key players Harry Maguire, Luke Shaw and Scott McTominay through suspension but two away goals in the first leg will likely be enough to see England's second-best team through at Old Trafford.

In Spain, Gerard Moreno is having the season of his life as Villarreal gun for its first-ever major trophy, a Europa League triumph that would continue three-time winner Unai Emery's strong record in the competition.

Spain forward Moreno is set to record a career-best tally after scoring 24 times in all competitions this season, including the only goal in Zagreb last week which gave the La Liga outfit an away goal and a great chance of reaching the last four.

With the top four spaces in La Liga looking sewn up, Villarreal is in a three-way battle to return to the competition next year, and the form of Moreno – who has scored nine times in his last nine matches and set up another four – will make it a tricky opponent should it gets past Dinamo.