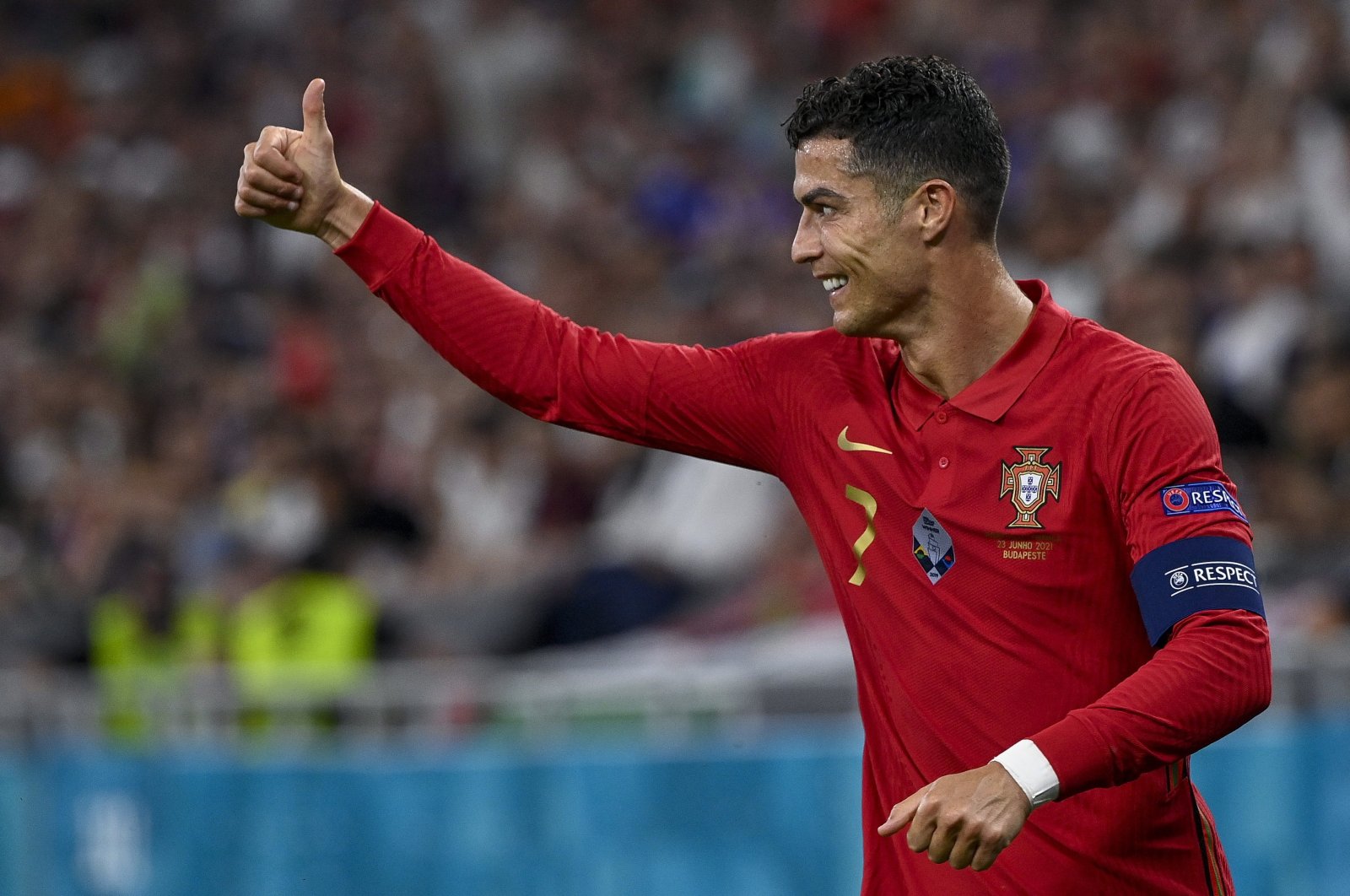 Cristiano Ronaldo of Portugal celebrates after scoring a goal during the Portugal-France match in the third round of Group F of the Euro 2020 soccer tournament in Puskas Ferenc Arena in Budapest, Hungary, June 23, 2021. (EPA Photo)
by German Press Agency - DPA Jun 24, 2021 12:06 am

Portuguese superstar Cristiano Ronaldo scored two penalties to tie the overall men’s scoring record with 109 goals and give Portugal a 2-2 draw with France, securing a spot in the round of 16 of the European Championship.

Ronaldo scored in the 31st minute and then equalized in the 60th after France forward Karim Benzema netted twice in between for the World Cup champions.

They were Benzema’s first goals at the tournament after failing to find the target at Euro 2008 and 2012.

France was already assured of a spot in the next round.

The brace also gave Ronaldo sole possession of the record of most goals at Euros and World Cups with 21 strikes, breaking a tie with German World Cup top scorer Miroslav Klose who has 19.

Ronaldo is the record all-time scorer at the Euros with now 14 goals and the top scorer of the current tournament with five strikes.

In the other match of Group F, a late goal by Leon Goretzka sent Germany into the knockouts.