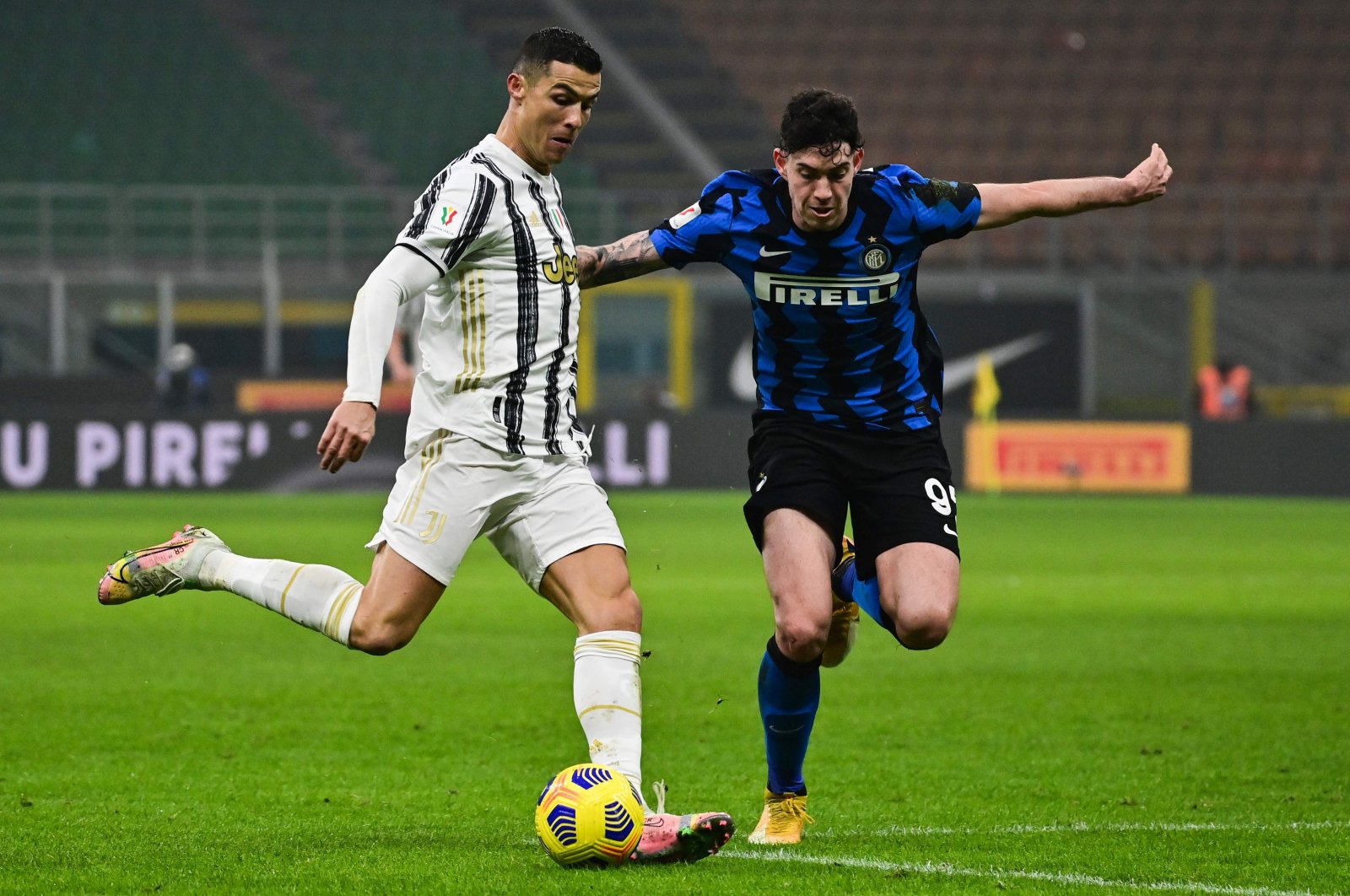 Cristiano Ronaldo scored twice as Juventus came from behind to beat Inter Milan 2-1 at the San Siro in their Italian Cup semifinal first leg on Tuesday.

Record 13-time winner Juve will be the favorite to reach a sixth final in seven years when it bids to complete the job in the return game in Turin next Tuesday.

"This is just the first leg, we haven't achieved anything yet," Juventus coach Andrea Pirlo told RAI Sport. "What this does prove is that if we are fully concentrated, it becomes difficult for anyone against us."

Last month, Pirlo picked up his first silverware by winning the Super Cup, with a 2-0 win over Napoli.

Inter, who beat Juventus 2-0 last month in Serie A, has to do all it can to keep its hopes of lifting a first Italian Cup since 2011 alive.

"It was an important match, the Serie A game showed Inter is far from an easy side to face," Juventus midfielder Adrien Rabiot said.

"The tie isn't over yet, there's another leg to go and that will be even tougher than this one," he said.

Inter made a flying start in the ninth minute, as Lautaro Martinez got in front of Matthijs de Ligt to meet Nicolo Barella's low cross, sweeping a right-footed finish into the net despite Gianluigi Buffon getting a hand to the shot.

But Juventus was given a way back into the tie midway through the first half.

Juan Cuadrado, who was making a run into the box off the ball, was held by Ashley Young, with VAR deeming that the visitors should be awarded a penalty.

Ronaldo did the rest, hammering the spot-kick into the roof of the net to score his 21st goal of the season.

Juventus completed the first-half turnaround in the 35th minute, as a terrible mix-up between Alessandro Bastoni and Inter goalkeeper Samir Handanovic allowed Ronaldo to slide in his second goal from a tight angle.

Inter, missing top scorer Romelu Lukaku through suspension, should have equalized 11 minutes after halftime, but Alexis Sanchez's shot was brilliantly cleared off the line by Turkish defender Merih Demiral.

The hosts kept pushing for an equalizer, with Martinez curling narrowly over after Buffon's smart save kept out Matteo Darmian from point-blank range.

Ronaldo was visibly frustrated to be replaced by Alvaro Morata with 14 minutes remaining, but Pirlo said he wanted to keep his key player fresh for Sunday's league match against Roma.

"I understand that Ronaldo wasn't happy at being substituted, but it was only right to rest him for the upcoming Serie A game, even if just a few minutes," he added.

Inter coach Antonio Conte threw on Christian Eriksen, who scored a late winner in the last eight against AC Milan, but the home side failed to create another clear-cut chance.

"We had Juve on the ropes, it's really disappointing because we deserved much, much, much more than the final result," bemoaned Conte.