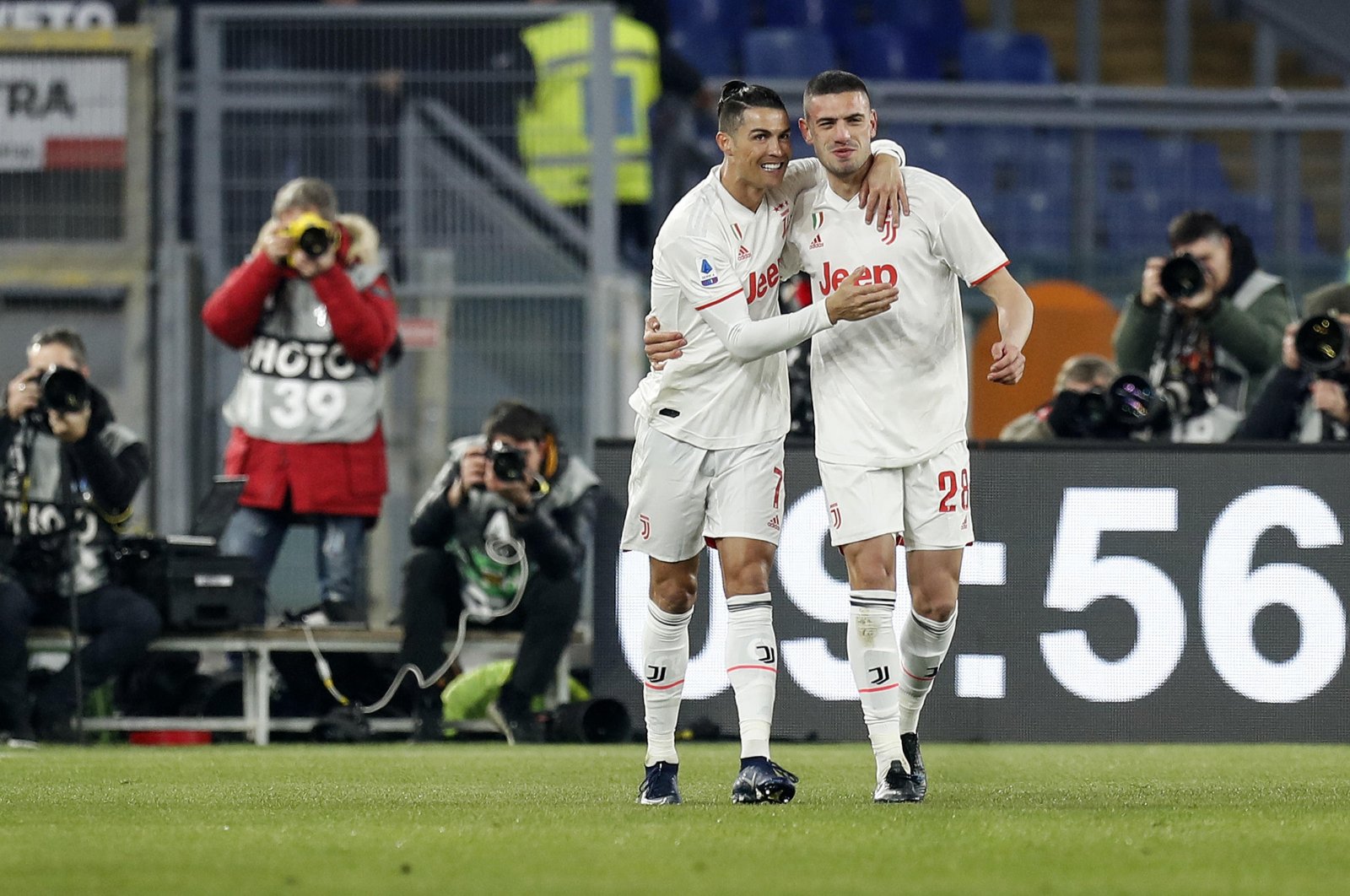 Juventus striker Cristiano Ronaldo (L) celebrates his goal with Merih Demiral during the Serie A soccer match between Roma and Juventus at Olimpico Stadium in Rome, Italy, Jan. 12, 2020. (EPA Photo)
by DAILY SABAH
May 31, 2021 11:15 am

"Ronaldo wants to learn Turkish every day. So do (Paulo) Dybala and my other teammates. They also teach me Spanish," Demiral said in an interview published Sunday.

The Turkish defender also said he is often greeted with "günaydın" (Turkish for "good morning") by Juventus teammates and staff.

Several days ago Ronaldo was seen cursing in Turkish during Demiral's live broadcast on Instagram.

Demiral also revealed that his Juventus teammates follow other Turkish players in Europe and constantly inquire about them.

"The success of Turks is being talked about in Europe. The more we play here, the more we pave the way for youngsters. We talk with Chiellini all the time. (He often) asks about Burak Yılmaz and Hakan Çalhanoğlu," he said.

Demiral is currently at a training camp in the Mediterranean resort city Antalya as the Turkish national team prepares for Euro 2020, slated to start next month.

Turkey will play Italy in the opening match of the tournament on June 11. Wales and Switzerland are two other teams in Group A.