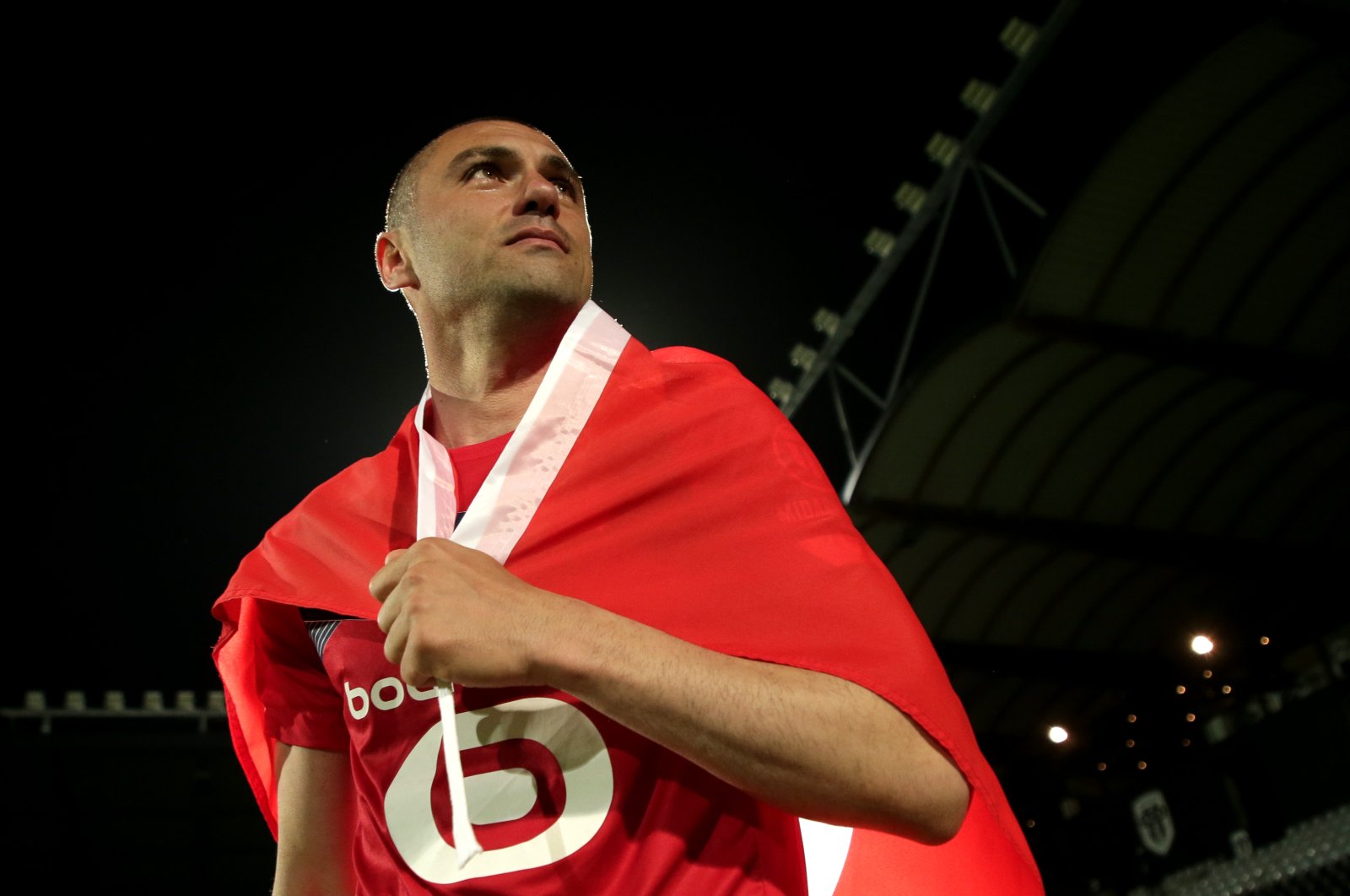 Following Lille's comfortable win in the final fixture, sports daily L'Equipe reported how goals from Jonathan David and Yılmaz helped clinch the side a fourth title in its history, at the end of what has been an incredible season.

It added that Yılmaz, his teammates and compatriots Yusuf Yazıcı and Zeki Çelik proudly waved the Turkish flag during the post-match celebrations.

"Lille lifted the title with courage, a (successful) game plan on the pitch and a talented forward line," it said.

Another French daily, Le Figaro, used the headline, "Burak Yılmaz leads Lille to the title," and dubbed him a "savior" for the club.

Yılmaz and attacking midfielder Yazıcı spearheaded Lille's attack this season, with 32 goals between them in all competitions, while Çelik has played an important role at right back with 34 appearances and four goals.

The 35-year-old Yılmaz has flourished since joining Lille in August and has been its top scorer with 17 goals in all competitions.

"He's calm and determined. He's like an eagle, ready to strike," former Lille player Francois Brisson said of Yılmaz. "He makes me think of (Zlatan) Ibrahimovic. Those guys, as long as they play, will be leaders."

With 83 points, the French football club ended the season one point ahead of second-placed Paris Saint-Germain.